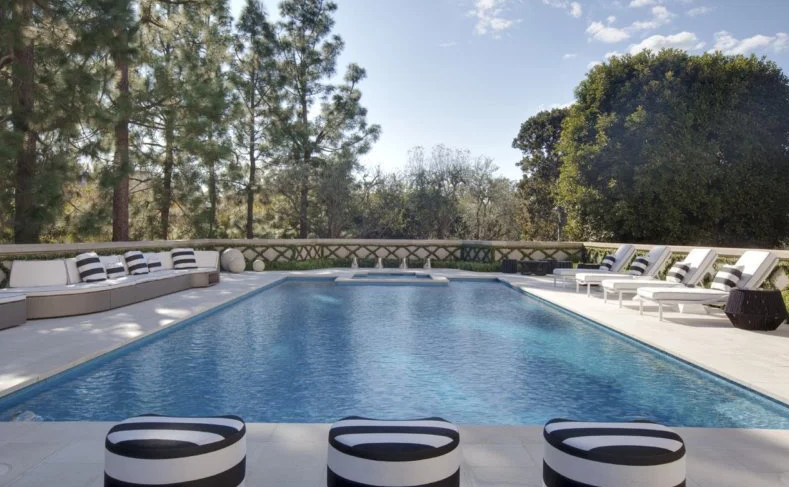 If you’re looking to trade in your current digs and move on up—and I mean way on up—it’ll cost you a pretty penny.

With a hefty $200 million price tag, this high-end listing located in the Holmby Hills neighborhood of Los Angeles comes with serious bragging rights.

Not only is it one of the largest homes in Los Angeles County, it’s also one of the most expensive in the country. If that doesn’t have you running to the bank to drain your account, it’s worth noting that the home was built by American film and television producer Aaron Spelling and his wife Candy.

Constructed in 1988, the main residence underwent an extreme renovation in 2011, as current owner Petra Stunt brought a more contemporary feel to the space. But fear not, The Manor (as it’s officially known) still has everything you could possibly dream of—and then some.

Measuring in at 56,000 square feet—1,500 square feet larger than the White House—altogether, the estate boasts 123 rooms, each of which served its own unique function when the Spellings owned the property. Highlights include a flower-cutting room, a humidity-controlled silver storage room, a barbershop, gift-wrapping rooms and a basement bowling alley. And let's not forget the 14 bedrooms and 27 bathrooms that round out the space.

Upping the ante even further, the grounds include a tennis court, koi pond, citrus orchard, swimming pool and pool house.

Feast your eyes on this stunner. Photos courtesy of Hilton & Hyland. 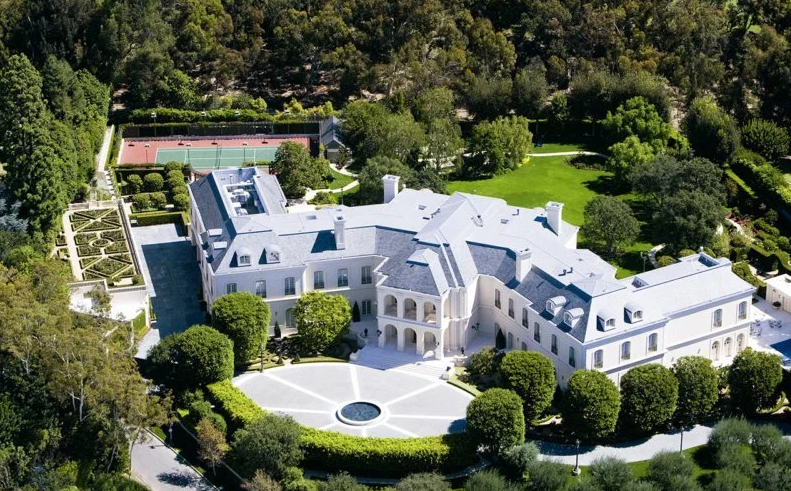 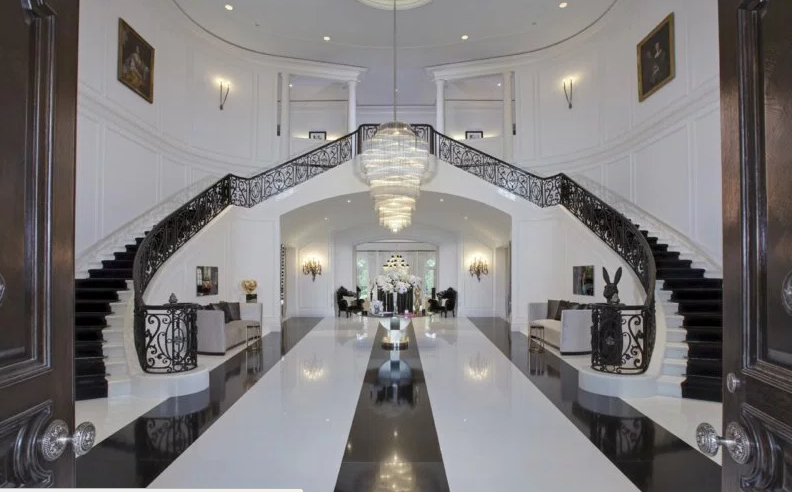