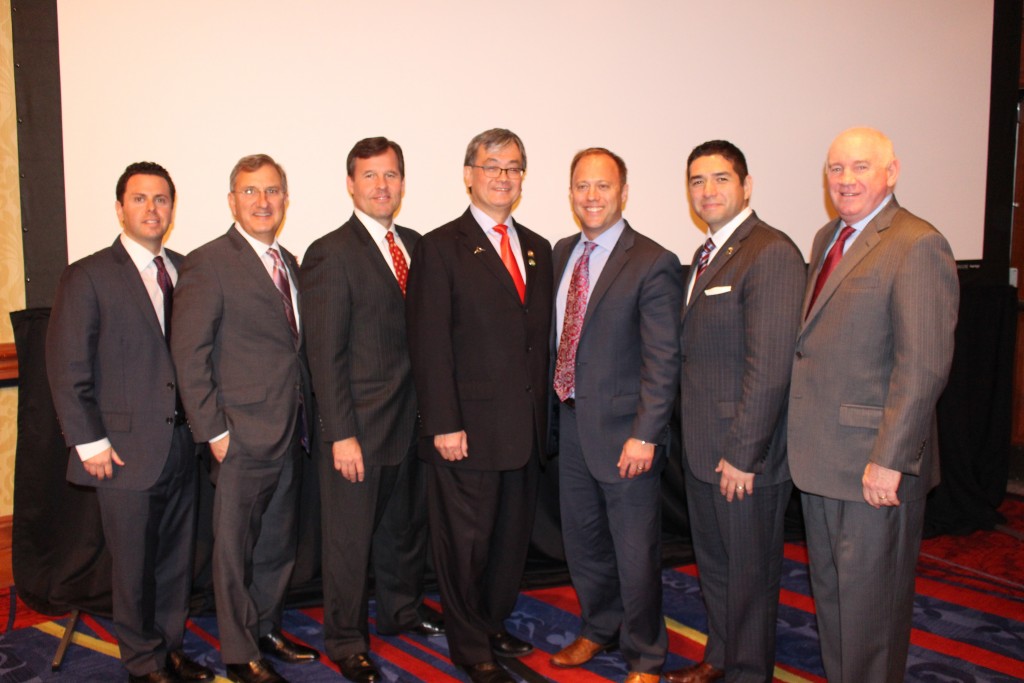 Sometimes, even publishers use the wrong words. While the title of RISMedia’s Power Broker Forum at the recent REALTORS® Legislative Meetings & Trade Expo in Washington, D.C., touted “emerging-market business,” we came to realize this was a misnomer. The reality is, these markets have already changed the face of the real estate business.

During the Forum—officially titled, “Expand Your Horizons, Boost Business: Understanding and Capturing Emerging-Market Business,” a panel of key association heads and brokers offered in-depth insight into understanding and working with the Hispanic, Asian, LGBT markets and more. The line-up included:

“The idea of talking about diversity 38 years ago [when Featherston started RISMedia] would never have happened,” said Featherston as he opened the Forum.  And while we tend to take a statistical approach to determine what percentage of which demographic and ethnic groups comprise our particular markets, we need to instead realize that the face of every market has changed and is changing further.

“You can slice and dice the numbers,” said Featherston, “but it’s 100 percent of your marketplace.”

“I’ve been in real estate for 30 years,” said Scott. “There’s never been a more challenging and more opportunistic time to do what we do. The changes we’ve experienced in the last 38 months pale in comparison to the changes we’ll see in the next 38 months.”

If you’re at all doubtful about the changing face of homeownership, consider the statistics Joe Nery shared regarding Hispanics. According to NAHREP’s latest State of Hispanic Homeownership Report, while homeownership among the overall U.S. population trended down in 2015, Hispanic homeownership leapt off the charts, increasing from 45.6 to 46.1 percent that same year.

As Nery said, “We’re growing everywhere. We’re also the youngest ethnic group - the median age is 29. We are a young demographic leading the housing charge. If you’re not involved, you will be left behind.”

As John Wong aptly noted during the Forum, “Everyone in this room is business-focused and wants to know, ‘How can I make more money?’ You have to have ways for all agents to build business.”

When it comes to servicing Asian homebuyers, Wong advised taking note of the differences between Asian clients and Asian American clients—while there is certainly a melding of the two, priorities vary. For example, new homes and new developments are a big draw for Asian clients. “Being able to own the property and the land is really important to Asian nationals.”

Tactically speaking, Wong advised that since Google and Facebook are blocked in China, utilizing WeChat is essential. “It’s easy to use and it has a translate function, which is enough for basic communication.”

According to Jeff Berger, the priority for LGBT homebuyers is fair treatment. “The great concern is discrimination, either in purchasing or renting, by real estate agents, landlords and neighbors,” he explained. “It’s more important that REALTORS® be LGBT friendly as opposed to LGBT identified—be courteous and respectful.”

It’s also important to understand that “one size does not fit all” when it comes to family formation in the LGBT community, said Berger. “Fifty-nine percent of LGBT millennials say they plan to have children—family formation is trending upward as marriage equality makes strides.”

For brokers, getting on board with the changing face of real estate involves cultivating a true sense of understanding. Dan Forsman learned early in his career the importance of becoming a “why guy.”

“You have to learn what’s going on with people,” he explained. “In order to succeed, you need to know why, not how. We have to mirror the communities we serve. How do you embrace diversity? You become more diverse. We want to create a company where we discriminate by production and nothing else.”

While Eddie Berenbaum recommended hiring agents that speak other languages, he advised checking with your existing team first. “We surveyed our existing agent base and discovered that we had 24 languages spoken in our firm.”

Language proficiency aside, it all begins with education and understanding, and it all starts with the broker.

“It’s extremely important that the broker is educated first,” said Bernebaum. “As a third-generation American, I don’t understand a lot of the cultural differences. You have to approach your hiring with an open mind and focus on recruiting high-quality people.”

“Get informed by facts,” added Forsman, “not by what you’re predisposed to believe.”

Nery agreed, explaining that when it comes to dealing with the Hispanic community, it’s critical to understand the cultural differences. “It’s a sign of respect,” he said. “You don’t have to speak Spanish, but appreciate the differences, and that will come through.”

The over-arching goal, said Featherston, is to “better serve the composite market. We need to be the consummate professionals we are all striving to be.”