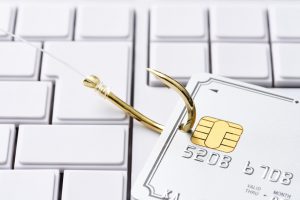 In today's climate, it's more important than ever to be aware of the various forms of fraud. The tactics used to steal your money, property or identity change regularly. A new opportunity that's taken hold with the stark increase in extreme weather is disaster fraud.

Just this year, we're seeing massive fires ravage California—not to mention the more than $5 billion in damages tornadoes caused and the two major hurricanes that made landfall in the U.S. For scam artists, these offer a clear opportunity.

Since 2005, the U.S. Justice Department's National Center for Disaster Fraud (NCDF) has received over 70,000 complaints involving over 50 natural and man-made disasters. Here are some of the most common ways in which fraudsters are taking advantage of survivors:

Certainly not limited to when disasters occur, identity fraud is one of the most common forms of fraud; however, during a natural disaster, identity fraud takes on far more sinister implications: stealing the identity of a victim to obtaining a survivor's name and Social Security number over the phone.

"I have never witnessed, nor will I live long enough to witness, a more simplistic crime than me stealing your identity," Frank Abagnale, fraud detector and subject of Steven Spielberg's film "Catch Me If You Can," said at a security event in 2015. "That would be like you asking me to count to three: one, two, three. That simple."

Like most cases of identity fraud, following a disaster, scam artists will open a credit card account using the information they obtain from a victim. It becomes far more difficult to not fall prey to these schemes when you're looking everywhere for help, but it is incredibly important to remember to never give your Social Security number out over the phone. Keep in mind, also, that the Federal Emergency Management Agency (FEMA) doesn't charge any sort of fees.

"Storm Chasers" are some of the most infamous fraudsters. The public should be aware of these individuals; they essentially travel across the country to all the major natural disasters that occur and pose as repairmen. The scam is that they'll take a large fee in exchange for getting your name to the top of their wait list. Then you'll never see them again.

For people who may have lost everything, it's easy to understand how this would be an easy fraud scheme to fall for; however, you can avoid falling for this scam if you follow two rules: never pay in full now for services that will be done later, and always avoid paying cash.

Here's another one that certainly isn't exclusive to in the aftermath of a disaster; however, following a major catastrophe, people in the U.S. are far more willing to open their wallets and help. This is exactly what fraudsters are banking on, and they work exactly how you expect: The scammer convinces someone over the phone that they're part of a legitimate charity taking donations to help relief efforts. More crafty fraudsters actually set up sham charities.

This form of fraud proves that you could easily fall victim to a fraud scheme without even being near where a disaster took place. The same rules apply for whether or not you live in the epicenter of a disaster or in another country: Do not give out your personal information over the phone and never send cash.

This form of fraud is less a threat to individual homeowners, as fraudsters usually are trying to defraud large institutions. "The Internal Revenue Service paid out $4.5 billion in tax refunds to people who filed them using other people's names. The big money is in the big banks and the government, so that's who [fraudsters are] going after," Abagnale said at the RISMedia Power Broker Dinner.

This one is of note because of how rampant it is following a natural disaster. Perhaps one of the few ways an individual could be defrauded, however, is if a fraudster made a claim on a home that was legitimately impacted by the disaster and received compensation before the homeowner made a claim. Always remember to be on guard and be wary of anyone on the phone asking for information.