This past year, each individual honored as one of RISMedia's 2019 Real Estate Newsmakers made headlines in his or her own way. Whether it was through charitable work or notable growth, each honoree made a positive impact in the real estate industry.

Here, we highlight a few who were chosen as Newsmakers in the Trendsetters category: 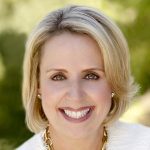 As the CEO and owner of the Dana Green Team at Compass, Dana Green has distinguished herself as the city’s No. 1 REALTOR® for the past 10 years and was named Lafayette’s 2018 Business Person of the Year. In addition, Green owns and operates a staging company called the Tailored House, Inc.

"It is my goal to provide our clients with superior service and unprecedented results," says Green. "I proudly sponsor a number of organizations that tie closely to our community, families and youth, and health and education." 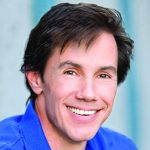 Jason Hartman began a career in real estate when he was still in college. Since then, he has been involved in thousands of real estate transactions and has owned income properties in 11 states and 17 cities. Today, through his company, Platinum Properties Investor Network, Hartman helps people find financial freedom by wisely choosing income properties.

Delaney Philbrick, Buyer's Agent at Philbrick's By the Sea 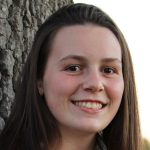 A recent high school graduate, Delaney Philbrick wanted to follow in her father's footsteps and join her family's real estate legacy. Philbrick graduated from Portsmouth High School five months early and quickly obtained her real estate license so she could begin working with her father—broker/owner Dan Philbrick—as a buyer's agent.

"My dad has always told me, 'If you do what you love, you'll never work a day in your life,'" says Philbrick. 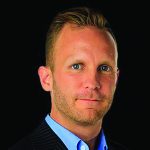 Craig Sewing is a San Diego-based television and radio personality with a background in real estate and finance. As CEO of Ignite Now Media, a full-service video marketing and production company founded in 2013, Sewing advocates for consumers through the television show he hosts and created, "The American Dream." During his segments, Sewing offers opinion of current events, politics, and financial and real estate markets.

"Working synergistically towards a greater good—that’s the secret sauce," says Sewing. "Not just of what we do...but of anyone striving for success. This is that key ingredient." 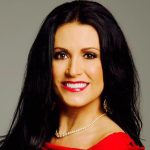 As CEO, Carrie Zeier has grown RE/MAX Elite from a $325 million company in 2011, to a $975 million dollar company in 2017, making it the No. 1 RE/MAX in the Southeastern Region and the Exclusive Real Estate Company of the Nashville Predators. Additionally, Zeier hosts a weekly talk radio show, "The Voice of Nashville Real Estate."