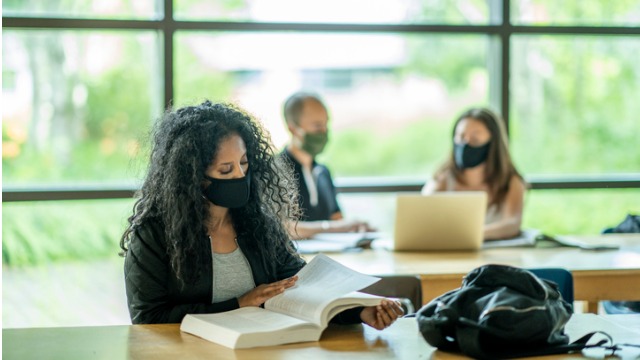 Some 44 percent of U.S. colleges and universities have classes either fully or primarily online for the current semester, according to The Chronicle of Higher Education and Davidson College. And a recent Zillow analysis shows that this is having a devastating impact on rents in ZIP codes in which at least 20 percent of the population is made up of college students.

In these areas, average rent prices were growing 4.7 percent year-over-year in February. By August, when many students typically move back to college, rents were actually down 0.5 percent from the year before. This is the first time that rents were lower than the prior year since Zillow started tracking this data.

"With many leases ending at the end of the summer or the beginning of the fall, we can expect even greater impacts in the months ahead," said Zillow senior economist Cheryl Young. "The good news for rental owners is administrators seem to be itching to bring students back to campus as soon as they can do so safely, so it's possible this will be a relatively short-term shock to rent prices."

Here are two charts, provided by Zillow, that illustrate the decrease in rent prices over the past year in both college and non-college ZIP codes, as well as year-over-year percentage drop-off: 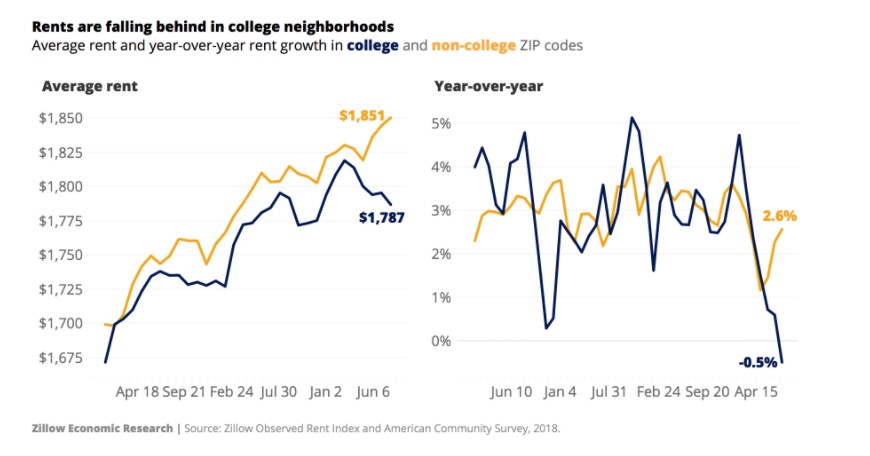