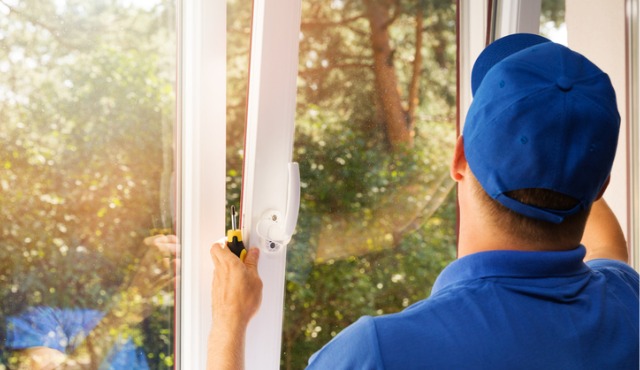 A lot of people like the idea of living in an old home. There's something charming and quaint about it. But there are also some drawbacks. For one thing, old homes often don't have a lot of the features and amenities that people have come to expect in a modern home. Here are some upgrades you'll probably want to make at some point if you live in an old home.

Central Heating and Air Conditioning
One of the most common additions people make to their old homes is central heating and cooling. This is especially true if the home didn't originally have these systems. Older homes usually have heating that is powered by a furnace, while the air conditioning is often a window unit. Installing central heating and air can be a big project, but it's worth it for the increased comfort it provides.

Energy-Efficient Windows
Another common addition people make to their old homes is energy-efficient windows. Old homes often have single-pane windows, which aren't very good at insulating against either heat or cold. Replacing these windows with double- or triple-pane windows can help reduce your energy bills and make your home more comfortable year-round. If it's not in your budget to replace all of the windows, you'll want to seal them again to prevent drafts during the colder months.

Updated Bathrooms
Old homes often have small, outdated bathrooms. If you're not happy with your bathroom, you may want to consider updating it. This can involve anything from replacing fixtures to completely gutting and remodeling the space. Depending on how extensive the work is, this can be a fairly large project. But it's usually worth it, since bathrooms are one of the most important rooms in a house.

If you're thinking about buying an old home, there are some things you'll want to keep in mind. These homes can be charming and full of character, but they often lack some of the modern amenities that we've come to expect—like central heating and air conditioning or updated bathrooms. You may end up wanting to make some additions or renovations at some point down the line, so be prepared for that possibility when making your purchase decision.

Emma Sturgis is a freelance writer based out of Boston, Massachusetts. She writes most often on health and education. When not writing, she enjoys reading and watching film noir. Say hi on Twitter @EmmaSturgis2