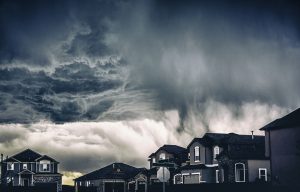 Weather is becoming more extreme. With the increase in natural disasters across the globe, people are noticing and taking it into account when deciding where to settle down. Sperling's BestPlaces recently released a list of the 10 safest and least safe metros to live in based on the frequency and severity of extreme weather events over more than 30 years.

Eight risk factors were taken into account to determine the lists below. The most important factors were tornadoes and hurricanes, then flooding and earthquakes. Drought, hail, wind and wildfires were considered less of a risk.

Related: Safe at Home: 6 Great Places to Move With Your Young Family

Some readers may be surprised to see several California cities make the list, with the San Andreas Fault and always-looming threat of earthquakes, but, as noted, tornadoes and hurricanes are considered a far greater risk to the U.S. Also, it's possible to move into a home in California today and live your entire life without ever experiencing an earthquake, as the BestPlaces study notes.

So, based on raw data provided by government agencies such as NOAA, USGS and the NCDC Storm Events Database, here are the 10 best places to avoid natural disasters:

And the 10 worst places for natural disasters are: