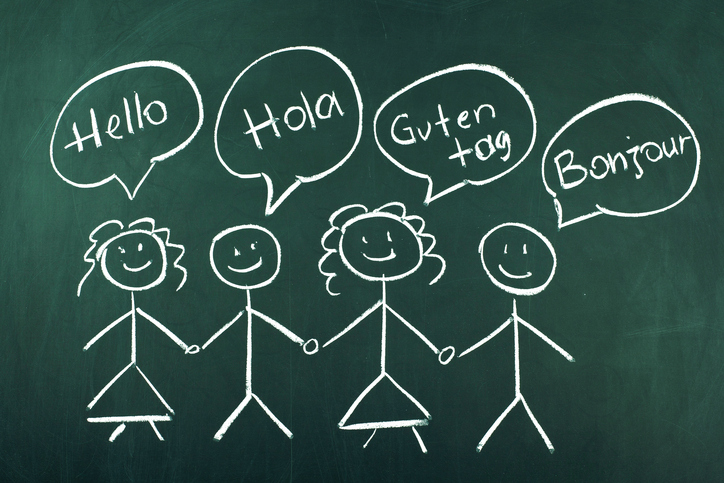 As a certifiable bilingual who has spent years trying to become trilingual, I can vouch for the veracity of total immersion being the best language teacher. The one surefire way to pick up a language is to discard your training wheels (your mother tongue) as soon as you start.

The human brain picks up all languages the same: like babies do. It’s not a matter of translating a word from one language to another, but to associate a new word to an object, action, or feeling you’re already familiar with.

Granted, not all of us can pick up and move to another country just to learn a language, but perhaps a source for language immersion is closer than you think.

According to a 2011 study released by the U.S. Census Bureau, the probability of a second language being spoken at home in the United States rose by 148 percent from 1980 to 2009.

Languages like Polish, German, and Italian saw a decrease through the new millennia, whereas Spanish, Vietnamese and Russian increased significantly.

At the time, the study projected a continued increase in the use of languages other than English (LOTE) through 2020. Spanish, Portuguese, Russian, Hindi, Chinese, Vietnamese, Tagalog, and Arabic are expected to continue on the rise, while French, Italian, German, Polish, and Korean could suffer a decline.

(Don’t panic, though. English will still be the only language spoken by a majority of U.S. residents aged 5 or over).

Below, you’ll find maps indicating where large groups of LOTE speakers can be found. Every 100 speakers are denoted by a purple dot. 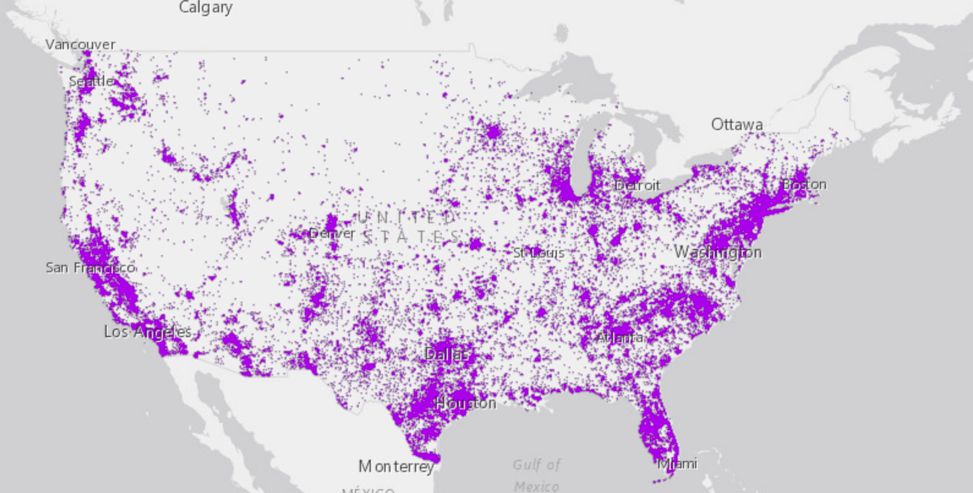 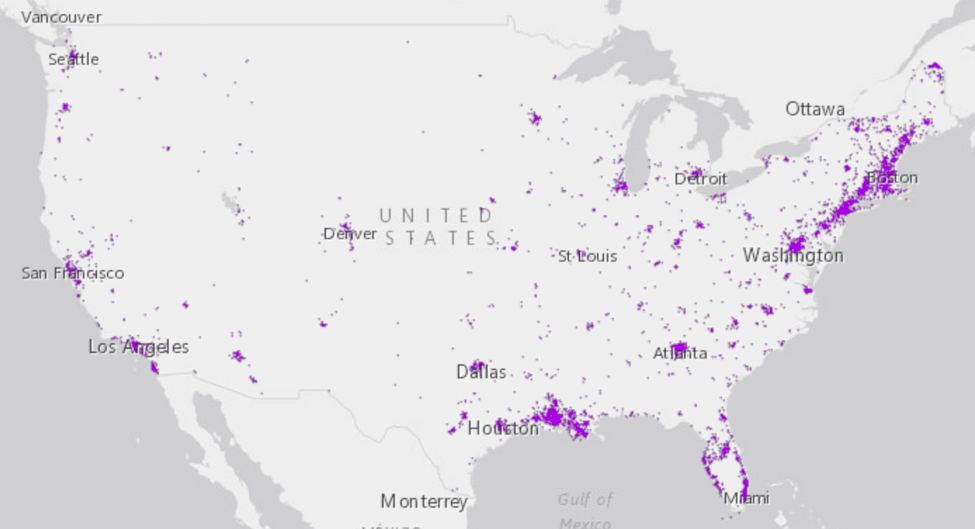 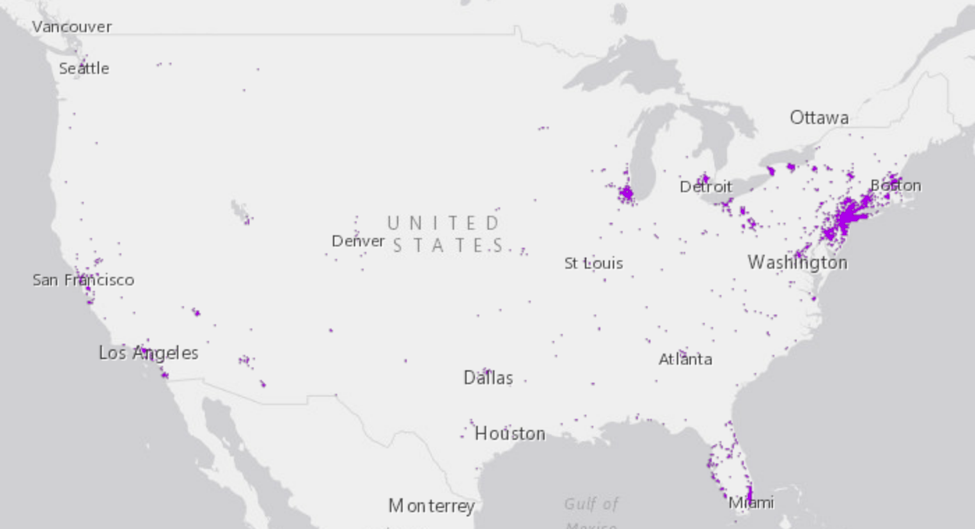 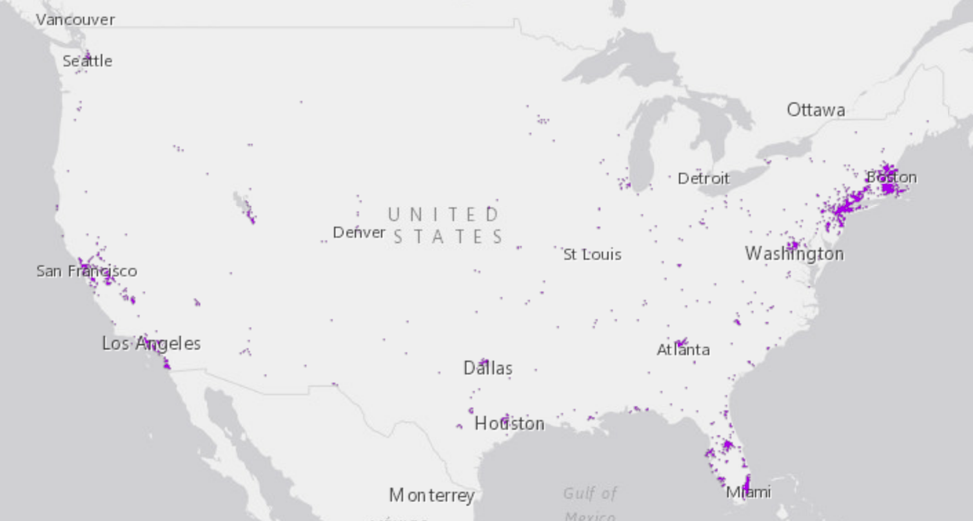 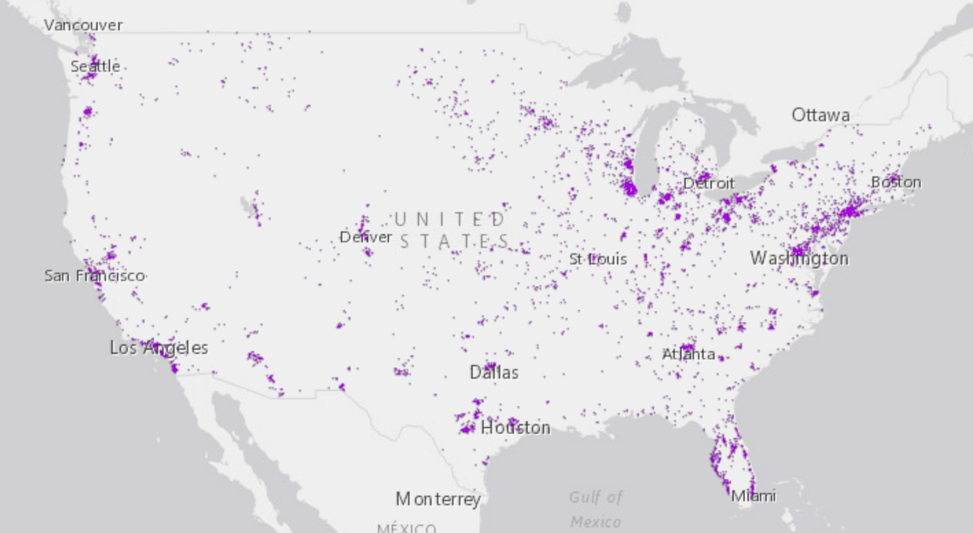 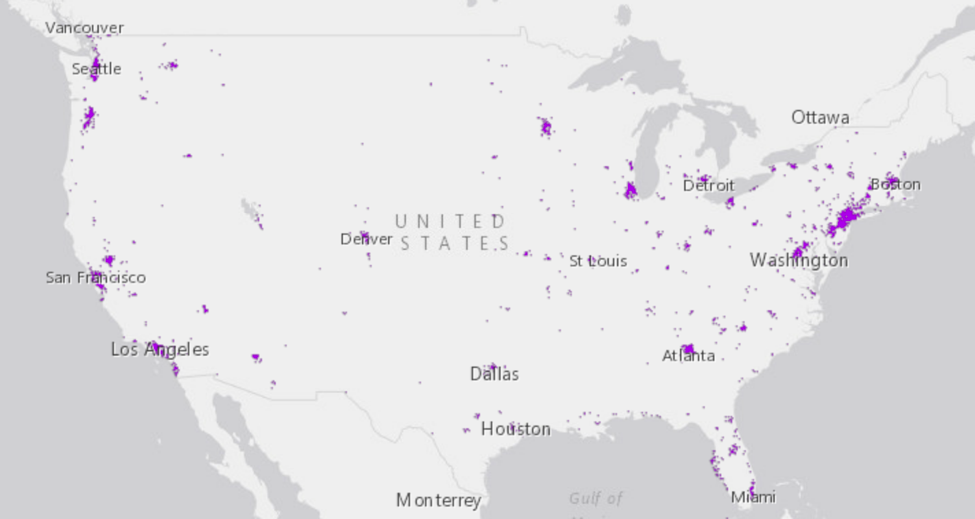 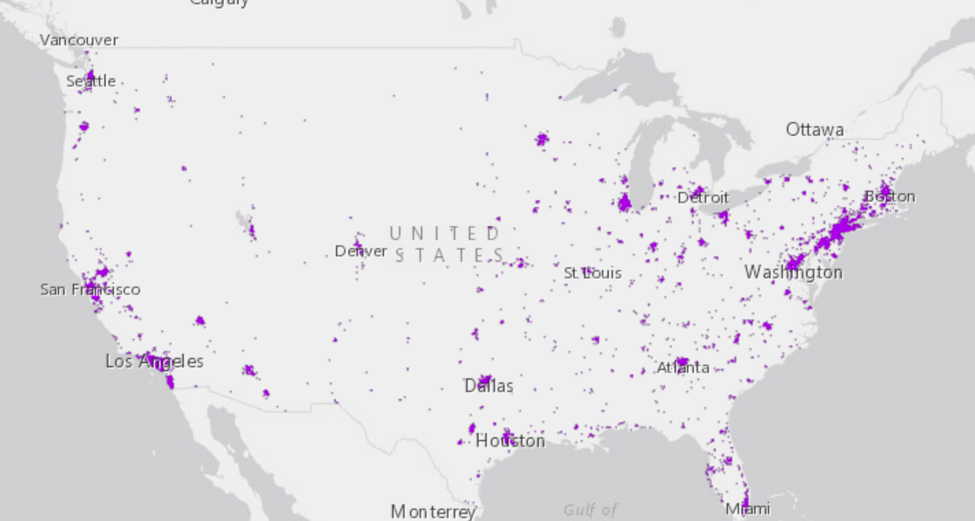 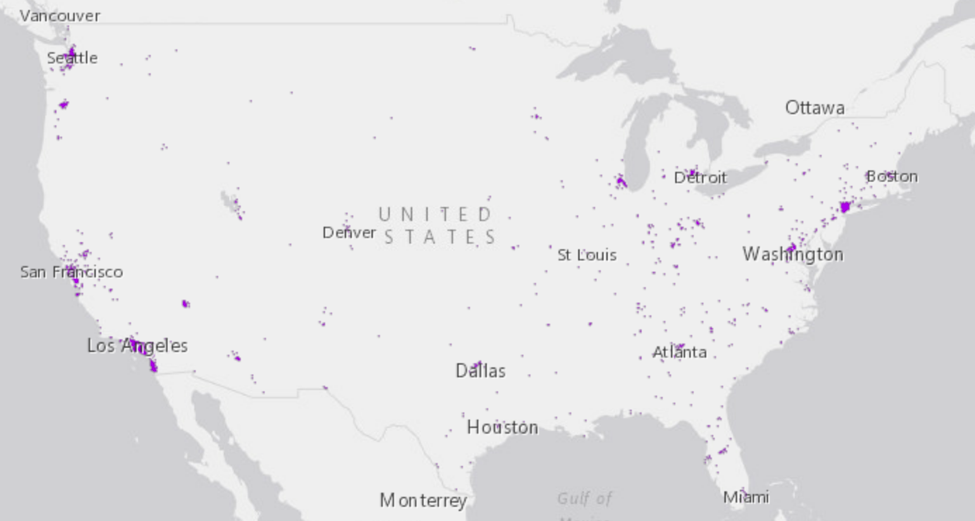 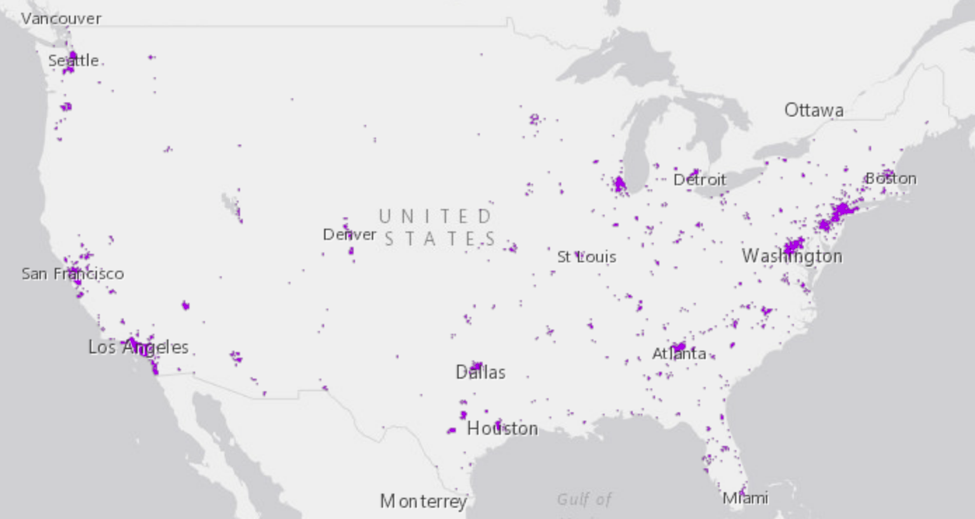 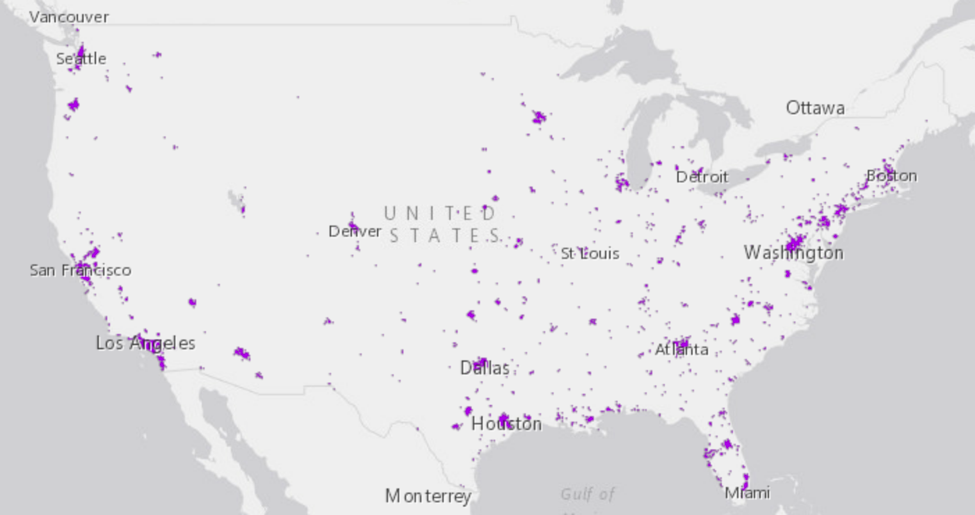 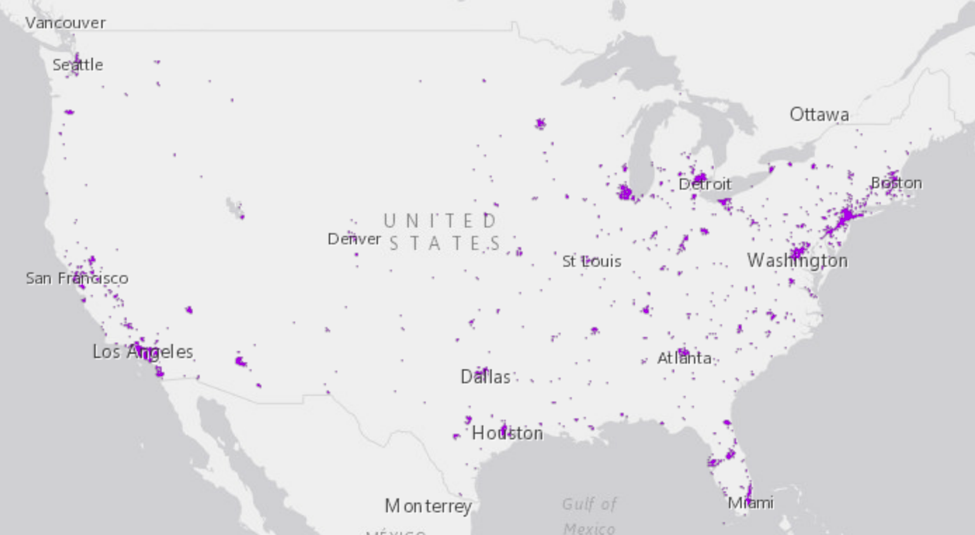 As to be expected, metropolitan areas like New York and San Francisco are often good bets. However, it also means that many a language will be competing for your attention.

I’d recommend finding more niche areas or moving close to specific neighborhoods or “towns” were you can find anything from street signs in the target language, to neighbors who might be willing to have a chat with you in their mother tongue.

At the end of the day, we all appreciate when the other person makes an effort to learn about our language or culture. Showing genuine interest is bound to garner you some free language lessons, and perhaps, even a friend you can learn a lot from (language aside)!