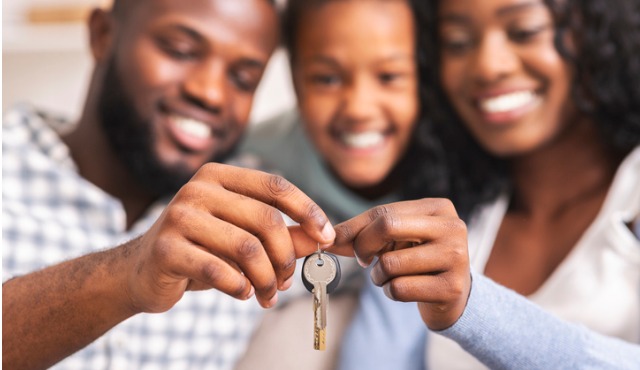 Black homeownership rates have dropped dramatically over the past 15 years, from 48% in 2005 to approximately 45% in 2020. According to the Biden administration, student loan debt is a major contributing factor. Through the Department of Housing and Urban Development (HUD), President Biden plans to address this issue head-on.

In June, The Wall Street Journal first reported that the Federal Housing Administration (FHA) has relaxed the way it evaluates student debt when considering who’s eligible for homebuying assistance. One major change is that mortgagees may now exclude the loan payment from their monthly debt calculation when they have written documentation that the loan balance has been forgiven, canceled, discharged, or otherwise paid in full.

This effort, directed by HUD, could enable more Black and Hispanic buyers to qualify for federal government-backed loans.

“Who has student debt? Poor people, Black people and brown people,” said HUD Secretary Marcia Fudge in a recent interview with Axios on HBO. “We’re the people who carry the most debt. And so the system's already skewed toward us not being creditworthy.”

Recently, the National Community Reinvestment Coalition (NCRC), set a “radical goal” to achieve a 60% Black homeownership rate by 2040. The NCRC estimates that, in order to reach that goal, some 3.3 million new Black homeowners would be needed by 2030.

Although there are a number of factors that contribute to the current state of Black homeownership, including longstanding structural discrimination, unjust laws, gentrification, as well as the effects of the subprime housing crisis; Biden—through HUD—has clearly targeted student loan debt as one of the clearest paths to correcting this issue.

Not all real estate professionals agree with the President, however. Recently, we spoke with Yolanda Williams-Davis, an agent with 61 Houses Real Estate in Southfield, Michigan. She tells us that, although addressing student loan debt would likely have an impact on members of every ethnic group, financial literacy is the best solution.

“Student loan debt is a major inhibitor for all races,” says Williams-Davis. “The greatest barrier to homeownership is we don’t have enough financial literacy in our communities. At 61 Houses, we take every client through a financial wellness checkup so that they can speak to a licensed financial expert.”

So, while the Biden administration has student loan debt in its crosshairs, the debate about what the root cause and solutions are for reversing the slumping rates of black homeownership will continue on.