In December, RISMedia honored more than 230 real estate professionals as RISMedia's 2019 Real Estate Newsmakers. Each of these individuals—separated into eight categories—was either nominated by you, the RISMedia reader, or chosen by the publication’s editors.

These folks made newsworthy contributions within their own communities and/or the housing industry as a whole. Here, we highlight several honorees who were chosen as Newsmakers in the Futurists category: 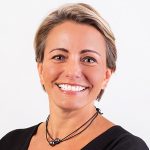 Joining the San Francisco Bay Area's Red Oak Realty in 2007, CEO and Owner Vanessa Bergmark has led the firm from 12th in marketshare to "hugging second" with a formula that focuses on providing agents with the right support to serve in a consultative capacity to the region's discerning real estate consumers.

"It's a honor to be considered for the RISMedia Newsmaker award among so many incredible professionals in an industry I am deeply proud to be a part of," said Bergmark. 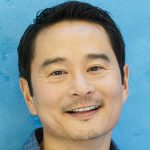 Stepping into the role of president and CEO of ERA Franchise Systems LLC in March 2018, Simon Chen challenged his staff and the entire ERA network to get back to the entrepreneurial roots that made them great as Electronic Realty Associates (ERA's original name).

"At ERA, we don't adapt to change; we create it. We believe that our core business values of collaboration, innovation, diversity and growth are needed now more than ever," said Chen. 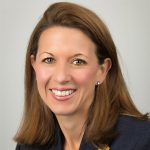 Siblings LP Finn and Whitney Finn-LaCosta of Coach REALTORS® have decades of experience and an eye for next-gen culture that drives a workforce adapting to the next wave of innovation. That's why they held a week-long outing in 2018 for their agents titled the "Best Week Ever," which included keynote speakers and team-building activities.

"The biggest accomplishment is in growing a company in which you have been able to maintain a culture of business partnership with your agents—the culture in which we share a common goal of success, profit, community involvement and support for one another," said Finn-LaCosta. 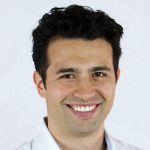 "It takes the same amount of effort to address a big opportunity as it does a small opportunity," said Lam. 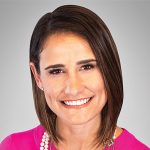 Christina Pappas is the district manager for The Keyes Company in Miami, Fla. A third-generation real estate agent, industry advocate and leader, Pappas began her real estate career in 2011 and soon rose to a top-producing sales associate before eventually moving on to management.

"We are living in the age of the shiny new penny," said Pappas while moderating a recent RISMedia Power Broker Roundtable. "Daily, brokers and agents hear from peers—via email, via social media—that 'this new software will boost production,' that a game-changing app is 'at your fingertips,' that 'yet another discount broker is setting up shop in your area," said Pappas.

Newsmaker Spotlight: Matthew Cohen On Resilience in the Wake of COVID

Newsmaker Spotlight: Britton Sanchez on Being Socially Responsible in 2021