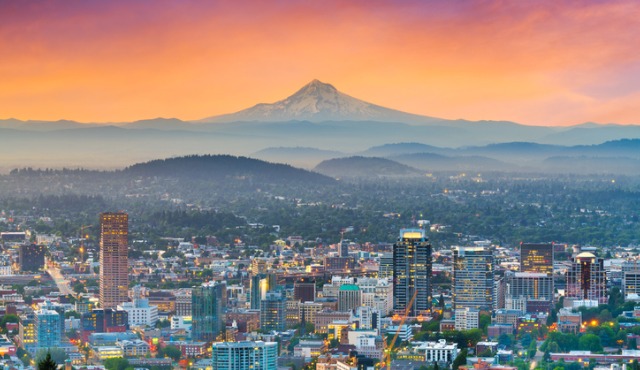 The apartment rental listing site utilized a straightforward methodology when coming up with their list. They studied the 100 largest cities in the U.S. and measured the sizes of all studio, one-bedroom and two-bedroom apartments that are currently available and ranked them each from smallest to largest.

Apartment Guide then took the combined average rankings to determine which of the 100 cities they studied have the smallest apartments. Some of their findings are pretty surprising. Aside from New York City not making it into the top 25 cities, San Francisco—another city that's notorious for having small apartments—only comes in at No. 18, behind other California cities Sacramento and Chula Vista.

"We were surprised to find that the cities that are notorious for having small apartments like New York and San Francisco were not in our top 10 list," Brian Carberry, senior managing editor of content marketing at Apartment Guide, tells Housecall. "Digging into the smallest cities, we did find a few interesting trends."

Those trends include a number of smaller cities making the list that are considered college towns. College housing likely played a major role in these smaller cities ranking so highly. Also, a handful of desert cities ranked high in the study as well; due to cooling costs, smaller apartments are a wise financial decision in these areas and is likely why the average apartment size is so small in these cities.

Below is a graphic produced by Apartment Guide that illustrates the top 10 cities on their list of those with the smallest apartments in the U.S.: 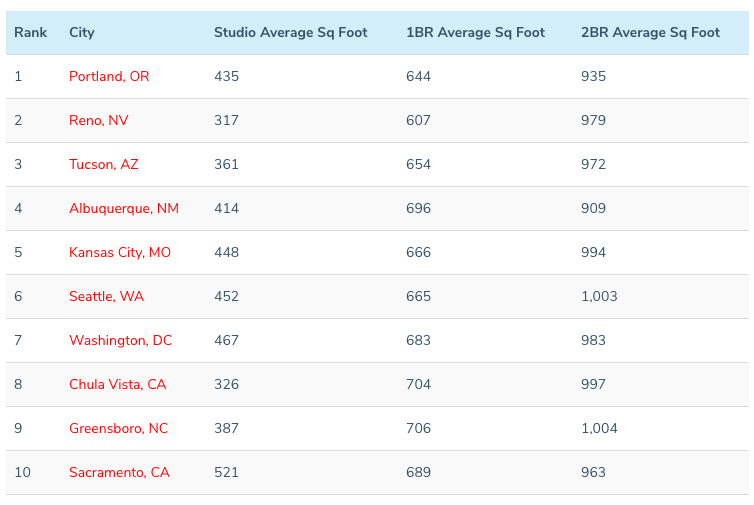 To view the full results of the study and Apartment Guide's methodology, click here.