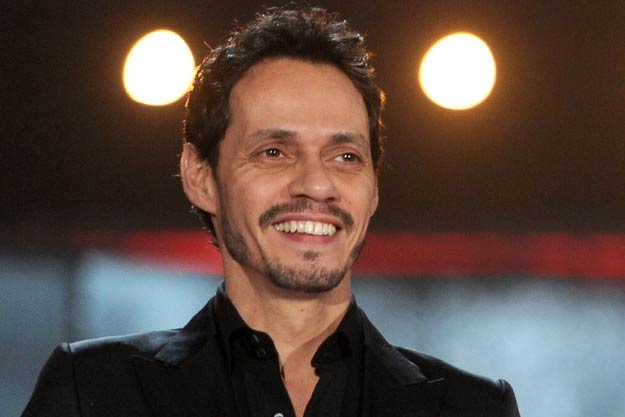 Did you know that Marc Anthony is one of the top selling tropical salsa artists of all time? I don’t know what that has to do with him selling his Encino, Calif. home, but I just thought you should know. Unrelated: I also now have his fiery hit single, “I Need to Know” stuck in my head. You know the one I'm talking about...not that one. That was Enrique Iglesias! The one with the violin!

Now that we've got that out of the way, Anthony, the 12th ex-husband (third) of JLo and Grammy Award winning singer, is selling his home that contains 6,263 square feet, five bedrooms and six bathrooms. It’s a late 80s-era mock-Mediterranean that stands a little too close to the 101 Freeway. With a double-height foyer and wrought iron-railed, its new owners can blast musica and cantar over the sounds of tractor trailers bustling on their way! (Sounds like a dream!) Guests can make their way through the entryway and onward to a roomy formal living room and dining room abound with dark wood floors and two large flat-screen televisions. A fully carpeted and paneled home theater room contains a built-in wet bar (yes, please!) and a large screen that drops down from the ceiling in front of a fireplace.

Upstairs in the master suite is another television/fireplace combo along with a private wrought-iron balcony that overlooks the backyard, a two-level bathroom, and a “store-sized closet.”

French doors lead outside to a resort-style yard with stone tile terraces, a BBQ station near a dining gazebo, and a dark-bottomed pool and spa.

Soooo, you want his house? Cuz he needs to know!

Here are some photos courtesy of Keller Williams: 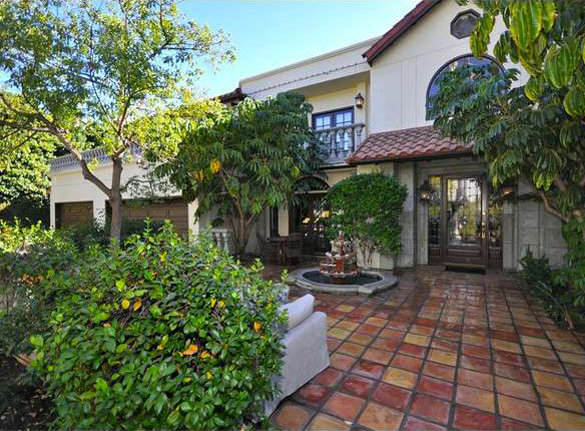 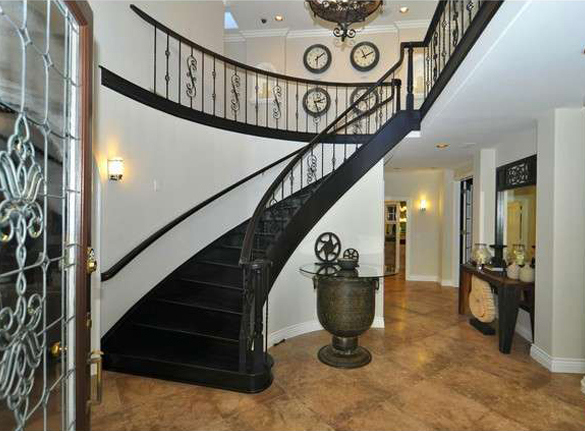 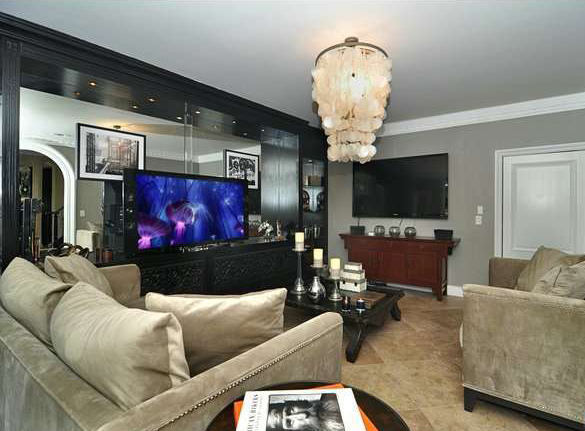 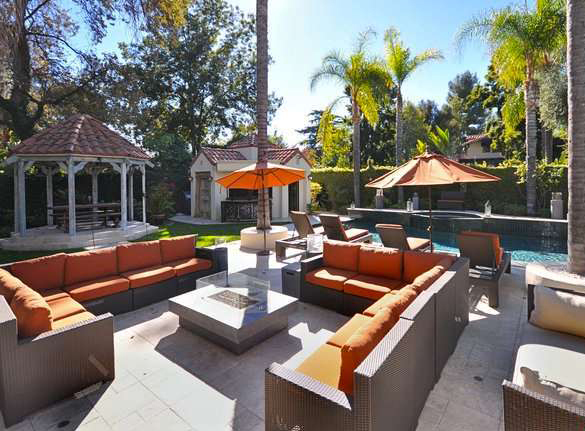