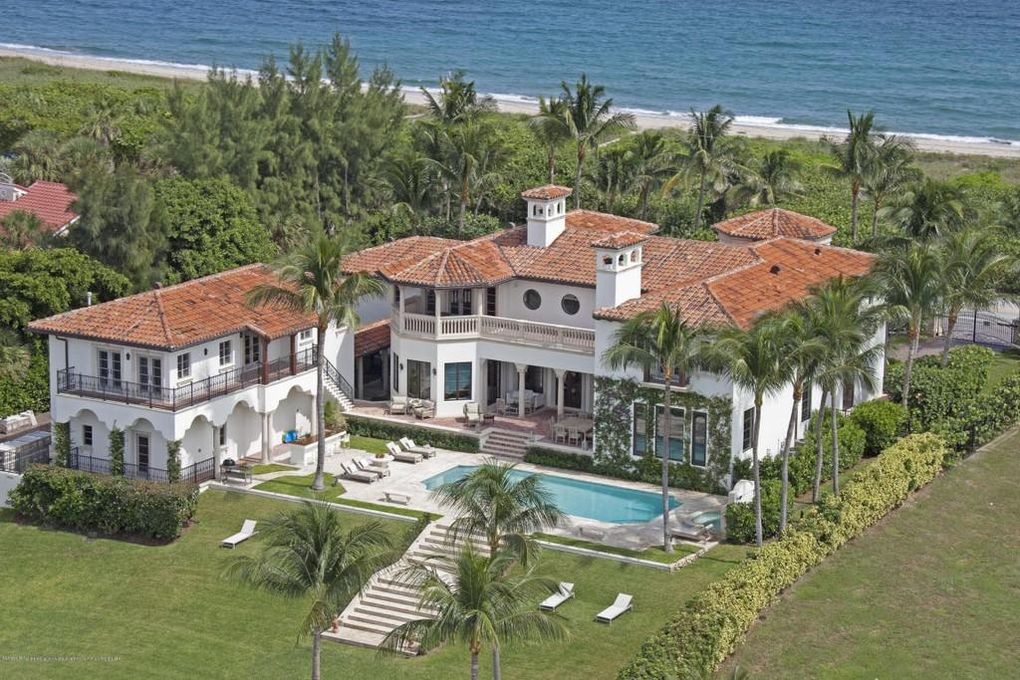 All photos by toptenrealestatedeals.com

"Piano Man" Billy Joel just turned 67 and is still performing every month at his favorite house, New York City’s Madison Square Garden, which is always sold out months in advance. At a million dollars a month, it’s not a bad gig and affords him plenty of time to lay back and enjoy his life at his Tudor mansion on Oyster Bay at the tip of Long Island’s North Shore where he’s involved in boating and has a vintage motorcycle shop where he displays his own collection that he shares with other enthusiasts and the public on weekends.

Joel’s interests aren’t just in boats and bikes; he also loves real estate. He owned a Manhattan apartment which he sold to Sting, an East Hampton mansion that he sold to Jerry Seinfeld, another beach house in the Hamptons that he bought from Roy Scheider (and sold in 2014), and the Sag Harbor house, a house near Palm Beach and the Centre Island house that he bought in 2002. Now, his Palm Beach, Manalapan, Fla. house (pictured above) is currently for sale.

Joel purchased the Manalapan mansion and the lot next door in 2014 for $18.2 million.  Both lots run from the Atlantic Ocean beach to the Intracoastal Waterway, resulting in 300 feet of beachfront and 300 feet on the Intracoastal with a boat dock, totaling 3.8 acres.  Though built as recently as 2005, Joel proceeded to take on a total restoration of the house to give it a more functional floor plan and an open and sunny beach house ambience while retaining its Mediterranean elegance.

Since that purchase, the house has undergone a major multi-million dollar renovation with new baths, flooring, HVAC, and upgraded materials throughout, including marble and driftwood and all new wiring and mechanics throughout for smart house efficiency. The interior also has a two-story living room with exposed beams, a stenciled Pecky Cypress ceiling, a large new chef’s kitchen with a barrel-vaulted ceiling of Chicago brick, and an eye catching dressing room in the master suite with backlit shoe shelves to showcase his shoe collection.

A mix of open and bright island style with traditional bones, the 9,312-square-foot mansion has seven bedrooms and seven baths.  A two-bedroom, one-bath guest house is located over the four-car, air-conditioned garage.  In addition to the boat dock on the Intracoastal, there is also an outdoor pool terrace with pool cabana bath, a fireplace and a winding boardwalk to the beach. Water views of the Intracoastal and Atlantic Ocean allow Florida sunshine to fill the house from all directions.

Listed by: Jack Elkins of The Fite Group
Listed for: $27 million 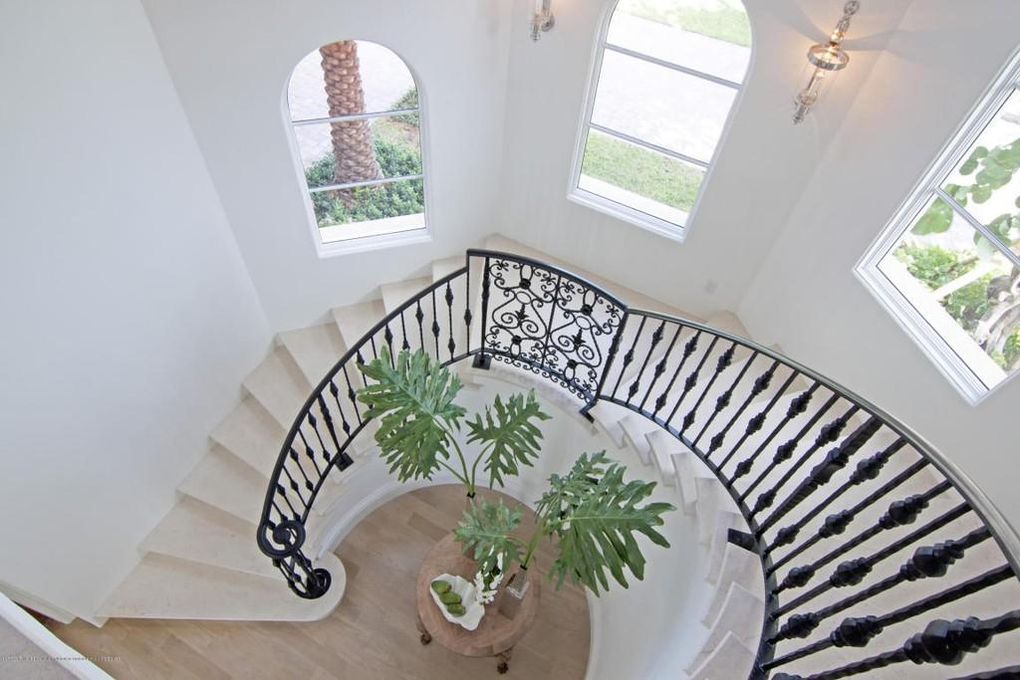 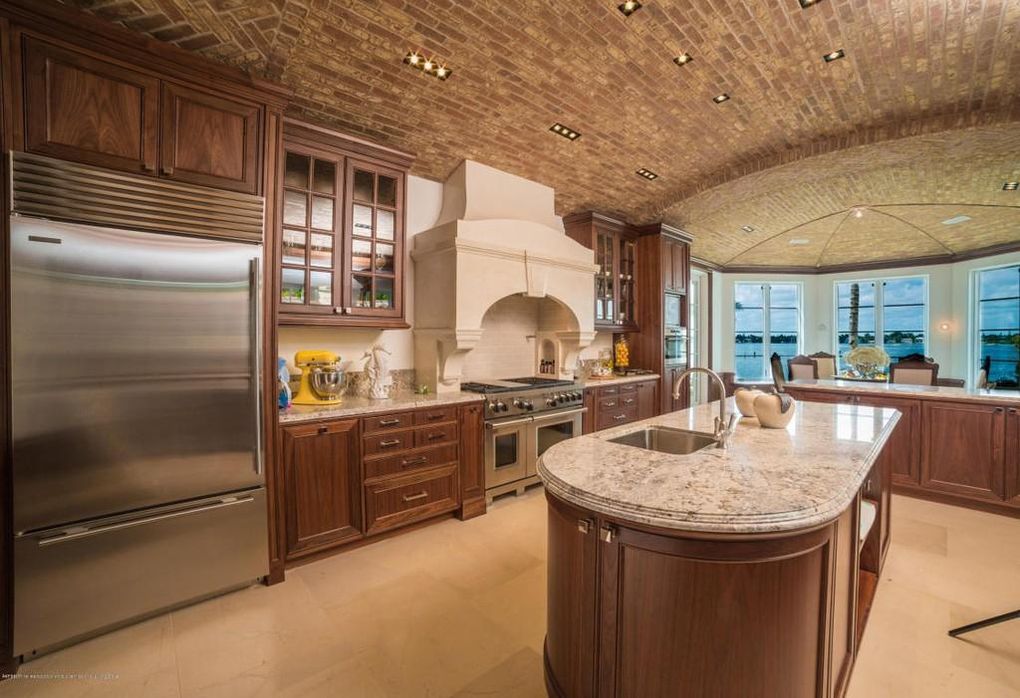 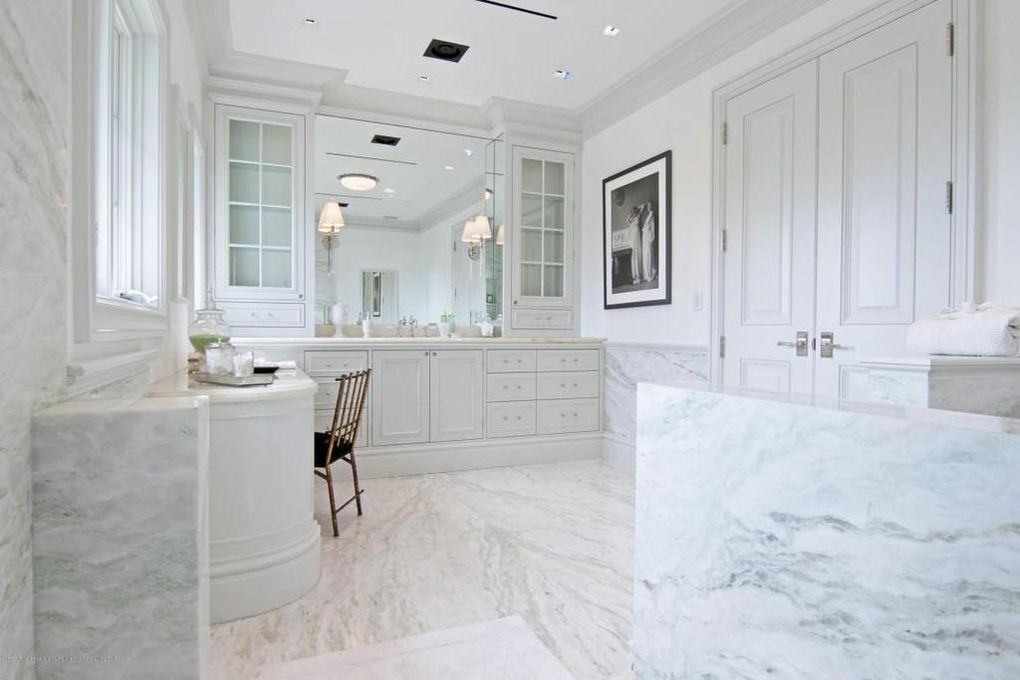 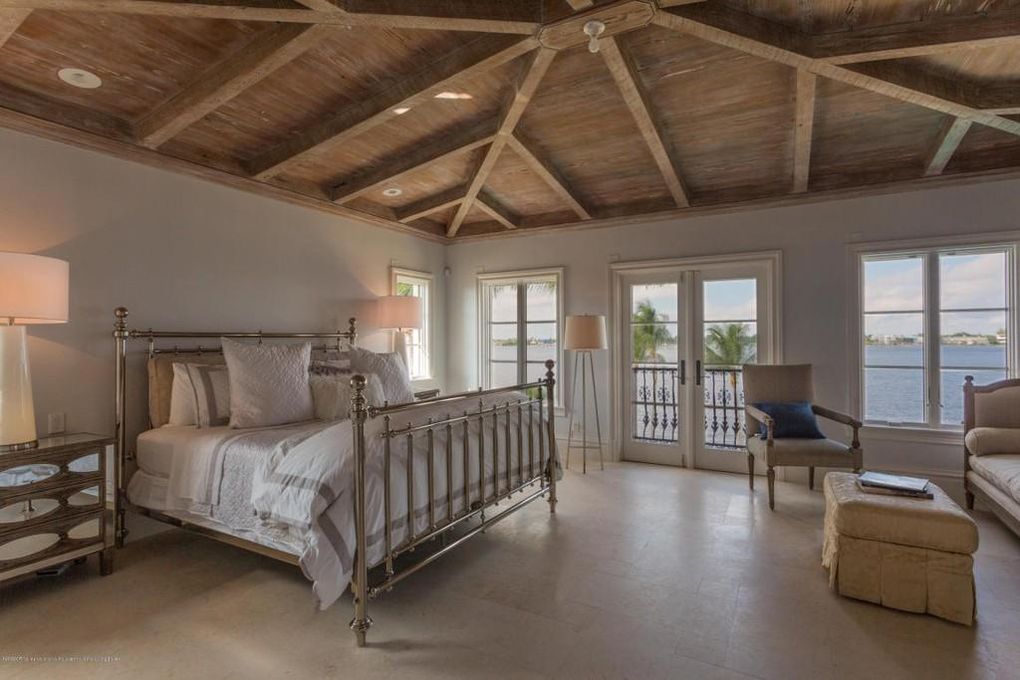 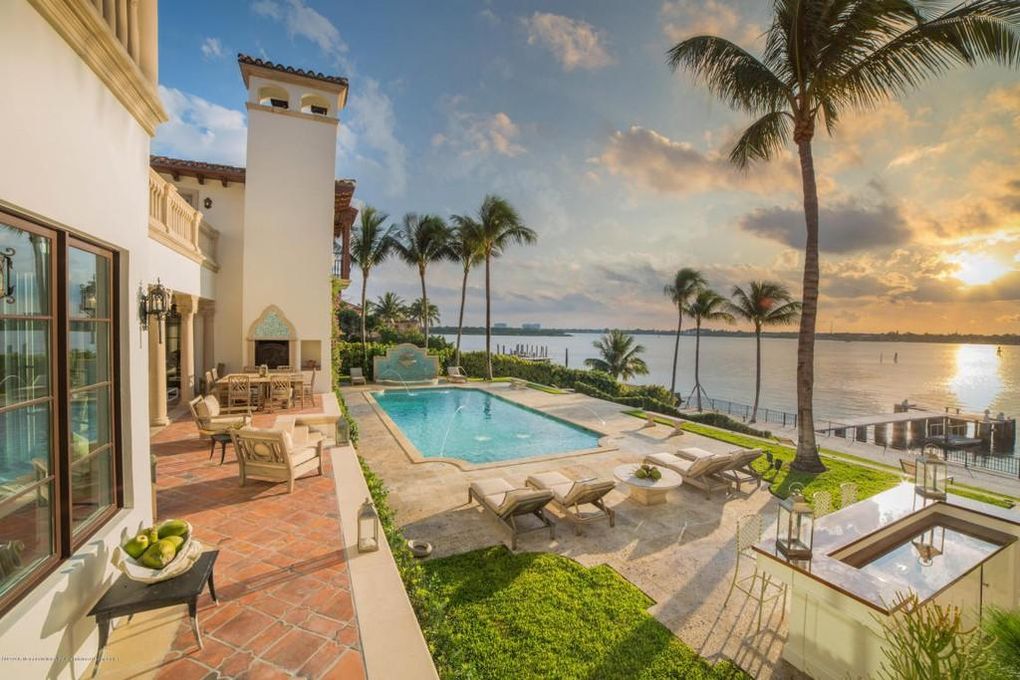