In the summer, the roof garden of The Metropolitan Museum of Art comes alive thanks to its many outdoor exhibits that offer 3-D renderings that often immerse its spectators. This year has proven no different with British artist Cornelia Parker's "Transitional Object (PsychoBarn)," a recreation of Norman Bates' freaky-deaky home featured in the iconic Alfred Hitchcock film, "Psycho."

Parker claims to to be influenced by not only Hitchcock, but also Edward Hopper, an artist renowned for his rural landscape paintings frequented by odd barns and other assorted old structures. For her piece, Parker used reclaimed wood from an actual barn, aiming to spark contrast between the "wholesomeness" of a Hopper painting and the eerie tone of the famous Hitchcock film.

The exhibit is now open and will be available to view (ironically enough) through October 31.

First photo below: photograph by Alex Fradkin, courtesy of Cornelia Parker. All other photos by Hyla Skopitz, The Photograph Studio, The Metropolitan Museum of Art. Copyright 2016 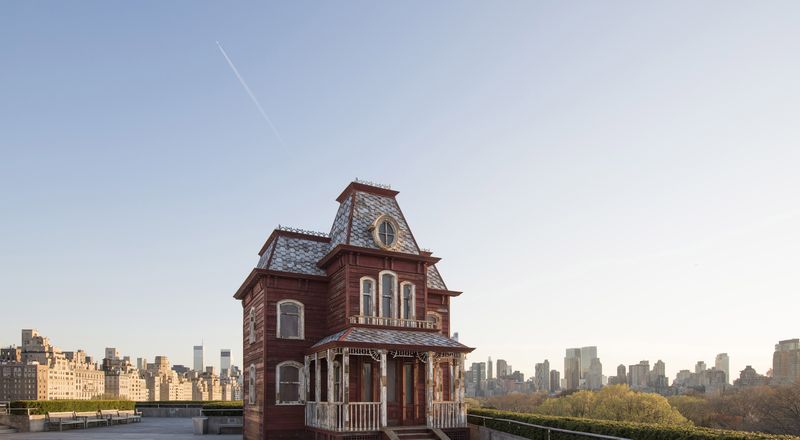 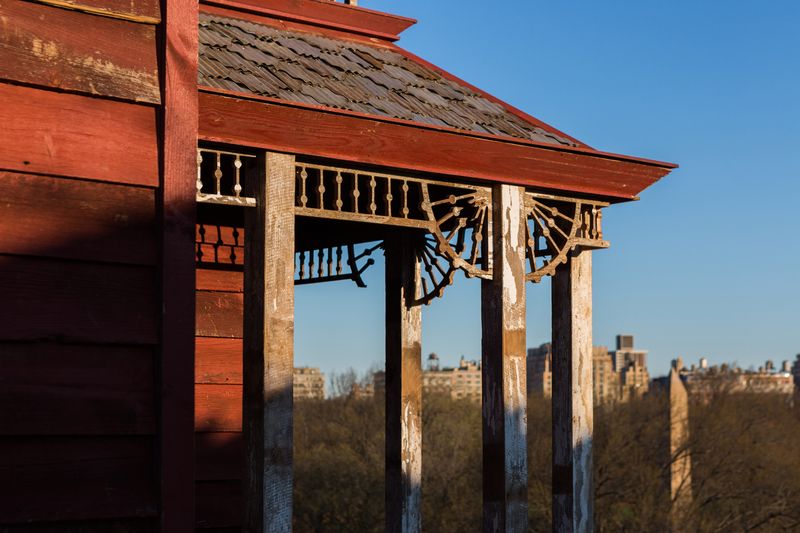 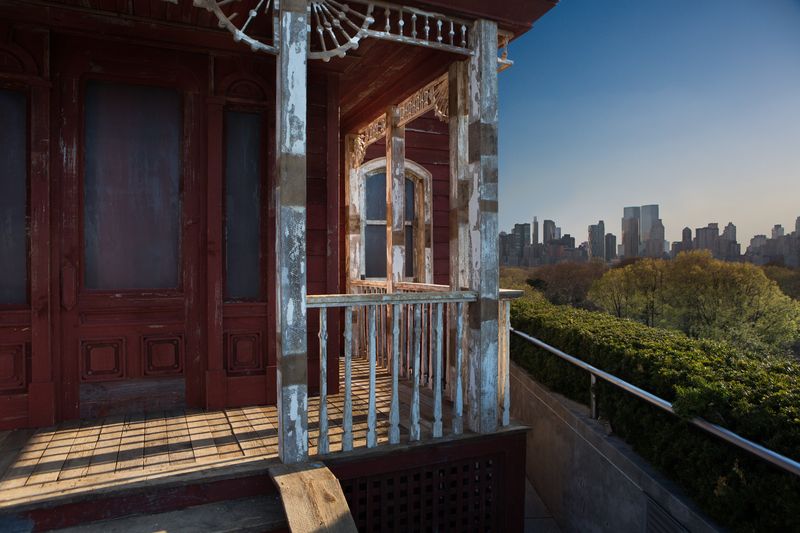 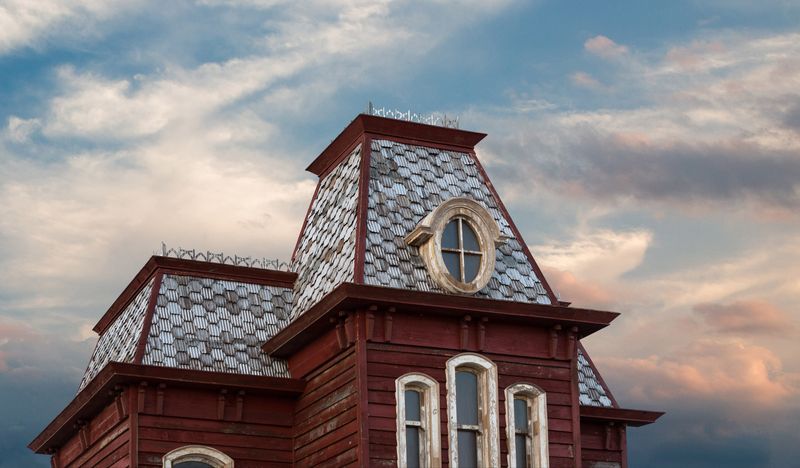