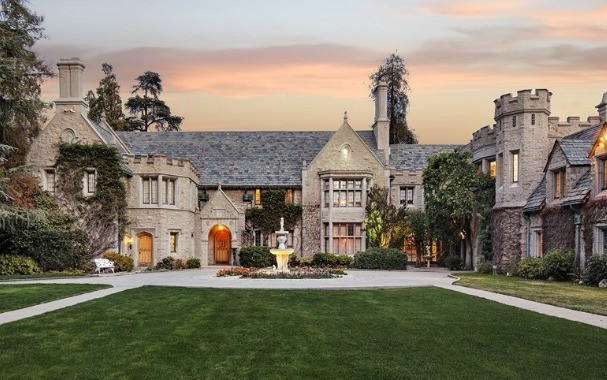 Visiting the iconic Playboy Mansion is a pipe dream to many, let alone having a chance to own it. Well now that pipe dream could become a reality and the mansion could be yours...if you have $200 million.

Hugh Hefner's playtime palace hit the market this week, seeking the right buyer to own the legendary home of Playboy's original playboy and publisher, who bought the mansion in 1971 for just over $1 million. Who wouldn't want to own a mansion, especially one with such a notoriously...colorful history? The infamous party pad is situated on five acres in Los Angeles' Holmby Hills, boasting 20,000 square feet, with 29 rooms and a four-bedroom guesthouse. The successor to this throne will also acquire a home theater, gym, tennis court, gorgeous in-ground swimming pool/grotto setup, and even a zoo license. This deal is no monkey business! (Or wait, it is monkey business. There are actual monkeys on the property, along with parrots, toucans, peacocks, cranes, and of course, "bunnies.")

There's just one small catch for all the maestros who want the keys to this saucy spread: Hefner's going to be your new roommate. 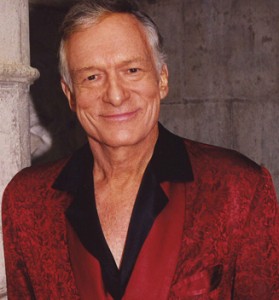 That's right, folks! Think buying the Playboy Mansion is going to score you loads of bikini clad eye- and arm-candy? Well, let's be serious - it might. But with that amenity comes one silk-robed 89-year-old bedroom blocker who just won't stop cramping your style. Imagine waking up in your new estate, hungover from a night of partying and salaciousness to find a half-naked Hugh standing in your kitchen frying up some bacon...or maybe worse! But on the flip side, at least your new roommate would never ask you to turn the music down or make your super attractive friends leave at a decent hour. He seems like quite the man of leisure. (Real talk though, we suppose if you have $200 million to spare, you can probably let the man live out his life and move in after the fact...but we digress.)

Despite its legacy, the mansion hasn't been exceptionally relevant in the world of pop culture since (arguably) the 90's. The hedonistic heyday that was once celebrated there has been mostly subdued, but its naughty reputation and gratuitous history will likely live forever.