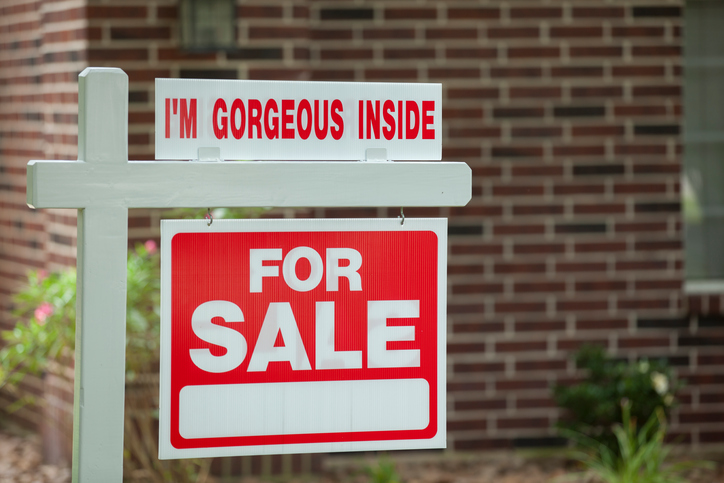 From the wondrous witches of "The Wizard of Oz" to Tupac and Biggie, the East and the West have always been natural rivals, and the feud now continues when it comes to million-dollar homes. Recent research from PropertyShark looked at how many homes sold for over $1 million in the largest cities on the East and West coasts during the past three years, and the results were not all that surprising.

Sorry to the Wicked Witch of the East; West Coast cities took the million-dollar prize with a total of 57,006 homes sold at over $1 million in the past three years. This trumps the East Coast's 39,113 homes sold.

No surprise here—leading cities include New York City, which boasts 81 percent of the million-dollar homes sold on the East Coast, whereas L.A. landed 21,722 sales closed for over $1 million. San Francisco is also worth mentioning, with 10,912 homes selling at the $1 million mark or more. In the East, D.C. took second place with 2,759 sales, followed closely by Boston with 2,529 sales.

Of course, the term "million-dollar home" no longer refers to that glammed out mansion with a lagoon out back, especially in higher-ticket cities. In fact, in some cities, a million dollars can barely get you a studio spot.

So how did the analysis work? PropertyShark looked at all cities with a population size of over 300,000. On both coasts combined, a total of 96,119 people bought homes priced at $1 million and over.

You can read more about the PropertyShark research here, or glean what you can from this infographic: 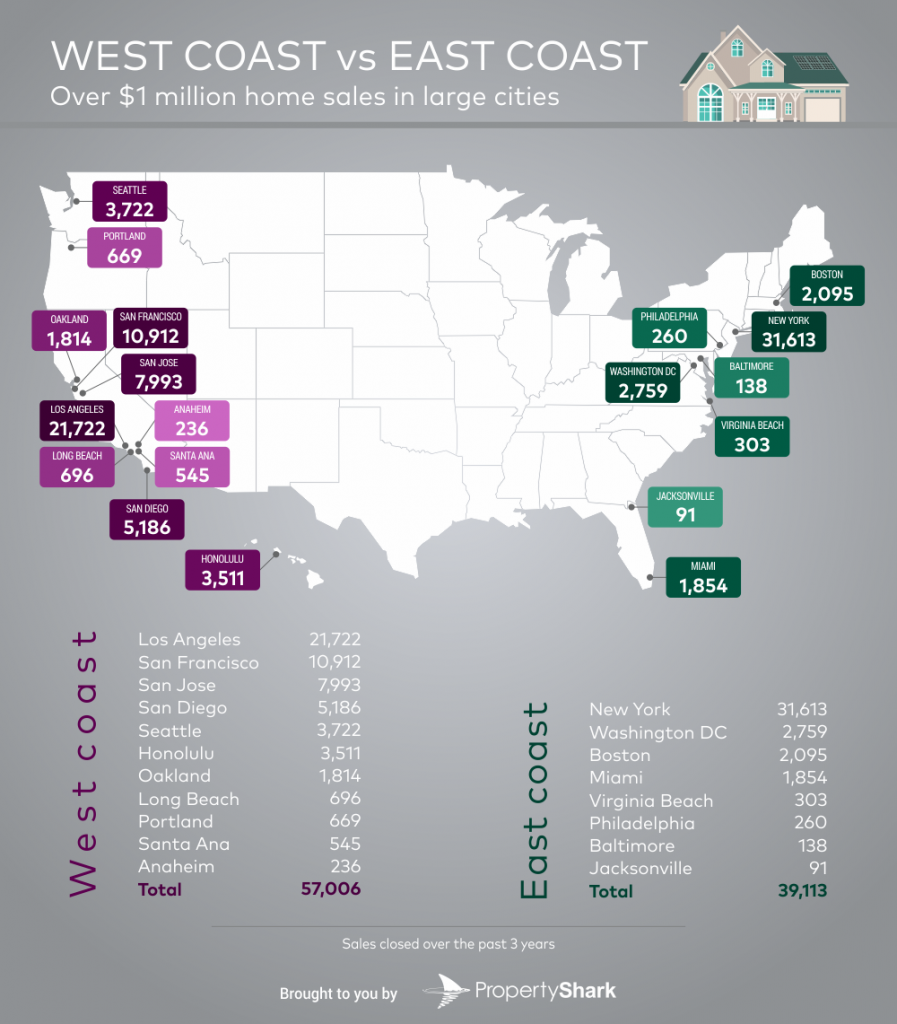