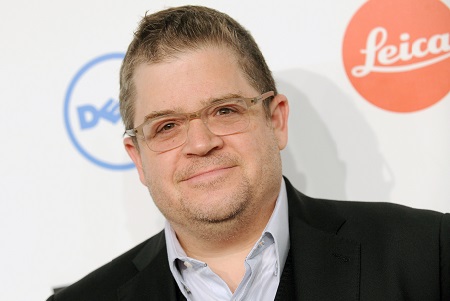 Here's a lesson about what not to do on social media.

There are so many pros to connecting on the web: social media expands your reach, helps you build your sphere of influence, and ultimately, helps you strengthen relationships that are necessary to fuel your business. Unfortunately, the free exchange we value so much on the internet and social media has also encouraged troll culture—people who post deliberately hateful or provocative messages on social with the intention of causing mass chaos. Not cool.

However, just this week, one REALTOR® from Peoria, Ill. learned exactly how posting on social media could ruin his business when he engaged in some Twitter beef with the Emmy-winning comedian Patton Oswalt. Here's what went down.

In response to one of Oswalt's political tweets, Tony Brust, a now-former agent for Jim Maloof/Realtor®'s Pekin office responded: " “Oh (bleep), the little troll has an opinion again.”

@tonybrust@pattonoswalt Everyone stop having opinions! You're upsetting Tony Brust!

And now for the worst of it: the part Brust tried to hide by deleting his Twitter account. But thanks to the internet Powers That Be, the entire exchange was captured in eternity via screenshots:

@tonybrust @pattonoswalt hey tony, your tweet is missing. Don't worry I saved it for you pic.twitter.com/E4KgAf0naa

Oswalt's wife, Michelle McNamara, tragically and unexpectedly passed away at the age of 46 just last April.

The incident went viral and Brust quickly found himself on the wrong side of Oswalt's 3.39 million followers, who bombarded Brust in defense of Oswalt and his wife's memory. (Oswalt responded himself, but later deleted his responses and apologized.) It was a Twitter storm of epic proportions and Brust was (obviously) on the losing end of it.

So here's a clue for you to buy, Brust (and a lesson all of us in the biz should learn):

What you say on the internet is immortal. It's public, it can be saved by anyone, and it can and will be used against you, especially if you decide to use social media's powers for evil, rather than good. Don't follow Brust's lead, don't be a troll, and perhaps most importantly...don't bring up a man's dead wife, celebrity or otherwise. But then again, that has nothing to do with real estate. That's just being a decent human being.

Social media is the most powerful tool you can use in your business, and most of the time, you'll meet amazing people and improve your business across the board. But don't lose sight of the prize, because what you say on social also has the power to take you down, and you don't want to become the subject of the next viral story taking flight in the industry.

And I'm pretty sure Brust's next employer will know how to Google...