It's that time of year—there's gifts aplenty and wrapping paper and bows galore. Money, however? That's in short supply for many American renters during the holiday season, according to a new study by RentCafé.

No one wants to rain on the holiday parade, but there's a bitter chill this winter—the average renter goes into debt by $400, according to data from the U.S. Census, Bureau of Labor Statistics, National Retail Federation and Yardi Matrix.

After spending an estimated $5,800 on rent and other living expenses, the average American renter ends the holiday season with a negative balance. Why? During the months of November and December, there are added expenses (on average, $1,100), such as family dinners and gifts. 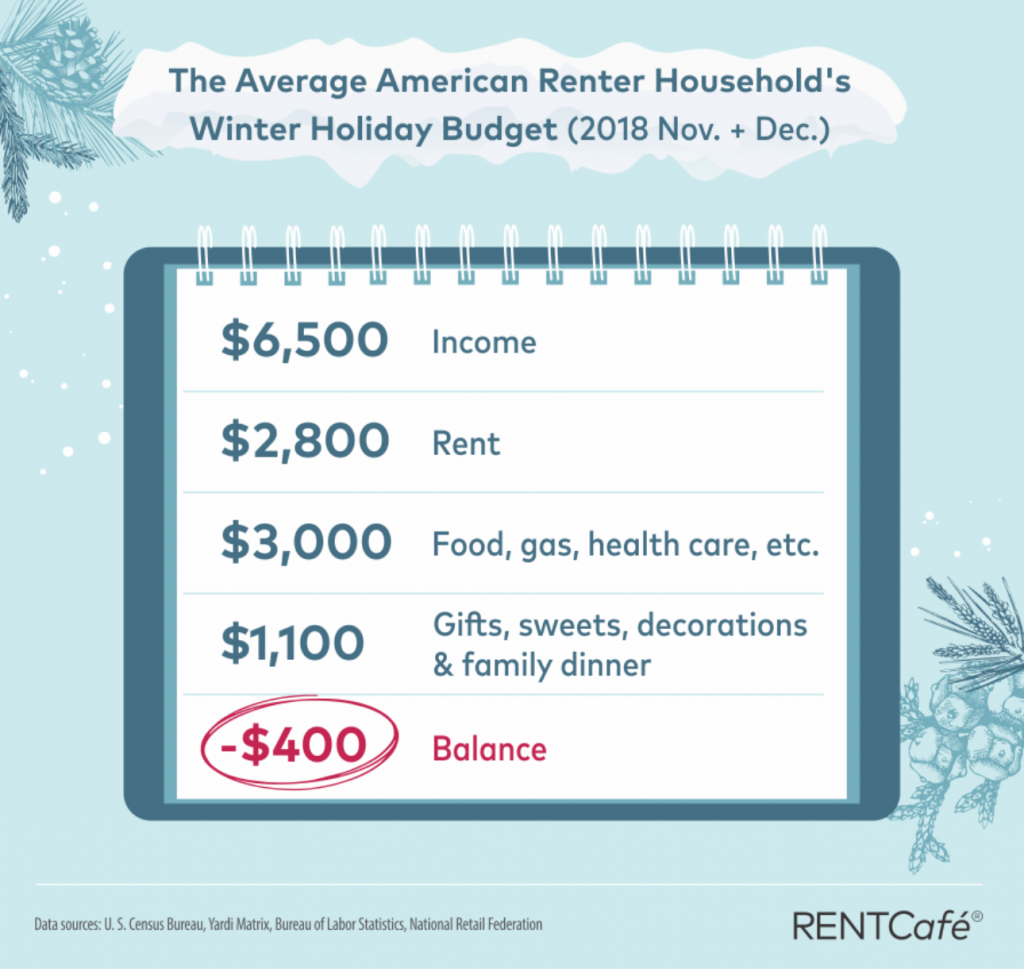 Not to be a Grinch, but this debt worsens dramatically in metros with a high cost of living. In fact, in New York, the average renter incurs an ornament-shattering $4,200 in debt during the winter holidays, while in San Diego it's $1,700 worth of debt and in Los Angeles it's $1,600.

However, contrary to Scrooge's initial take on the holidays, there's plenty to be merry about, especially in nine metro areas in which renters actually have some money to spare after the holiday spending spree. In Seattle, renters are left with the most in their pockets ($1,700), while in Houston it's $100 left over. The break-even? Those in the Minneapolis metro straddle the line between debt and holiday affordability, ending the year with $0. 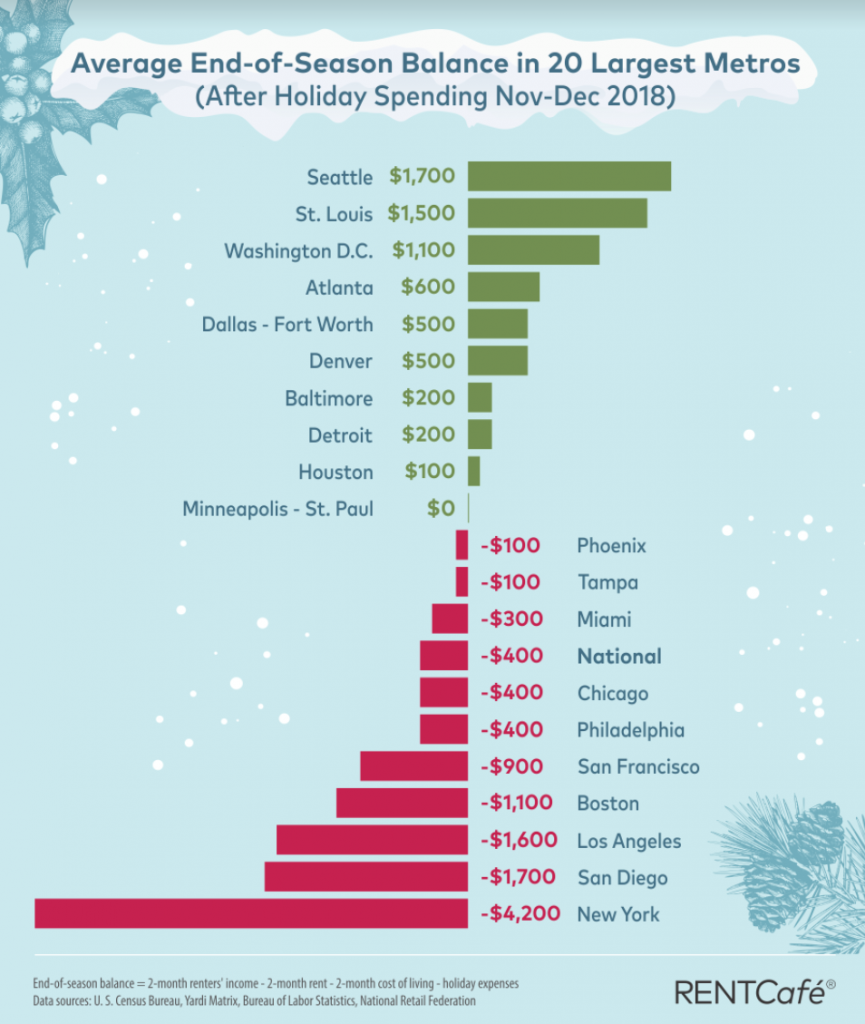 An easy way to prepare for holiday spending? Check in with your finances and create a plan. RentCafé has a simple calculator that can help you determine how much money you'll close the year with after your holiday expenditures. This'll help you plan your 2019 budget, so you'll have some savings going into the New Year even after the food, drinks, decorations and gifts.

For more information, to use RentCafé's calculator and to read about the study's methodology, please visit www.rentcafe.com.