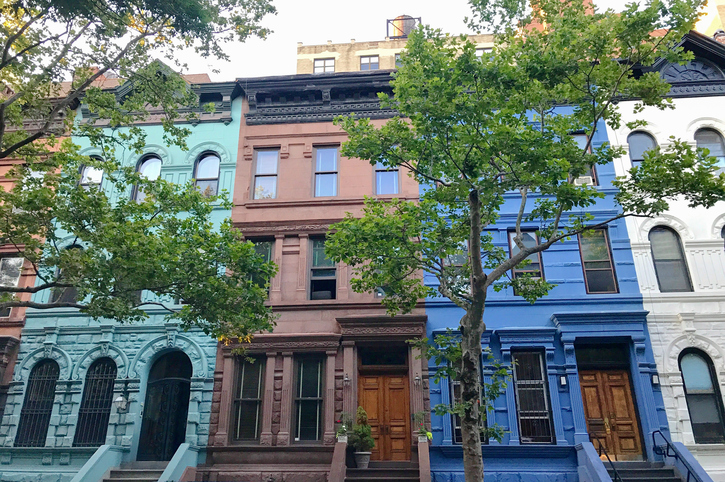 Welcome to my 2018 preview of the fall season for buying and selling real estate in NYC! Market reports and the media tend to be reactive, so I want to express some thoughts that are more predictive. Although apartments are bought and sold year round, the main buying and selling seasons in NYC are the fall and spring months. These two time periods give us the best indication of the market. As such, here are some thoughts about the fall market 2018:

Highest Amount of Inventory Available in Fall Market Since 2010

Manhattan inventory continued to go up rapidly during the spring months. The peak of the spring market was on June 24 with 7,326 apartments on the market. In most spring seasons, the peak of inventory takes place in May. The peak on June 24 represents a later than normal peak which speaks of the high amount of apartments languishing on the market. Inventory always decreases over the summer as there are fewer newer listings and many apartments are taken off the market until September.

At the end of August, inventory fell back down to 5,600. Last September and October featured a 22 percent increase in inventory. With a high number of apartments being taken off the market and listings moving onto a second, third or fourth broker there's no reason to expect that the fall peak in inventory will closely resemble the spring peak that reached in June.

Based upon looking at historical data combined with the current economic environment, my projections for Manhattan inventory at the end of the following months are below:

This past spring featured a buyer’s market across all price points in all neighborhoods. We have not seen since the beginning of the decade. With a number of listings similar to what's typically seen in the spring market—but lower demand with contracts signed—this fall has the opportunity to be an even better market for buyers. Of the open houses held this spring, 20 percent consistently featured no attendees. Do any buyers who disappeared from the market come back into the market or do they continue to stay on the sidelines? If so, this open house attendance number will provide a good indication if buyers are tired of staying on the sidelines.

Increasing Days on the Market - Higher Discrepancy Between Buyers and Sellers 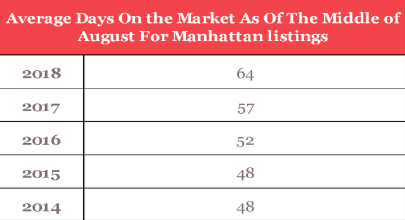 As such, based upon data of past trajectories of days on the market, I'm predicting the following:

Eric Mendelsohn is an Associate Broker at Warburg Realty and has been a part of over 200 real estate transactions. Having leased and sold apartments numerous times, he understands the importance of having a very knowledgeable agent on your side. Mendelsohn finds enjoyment in his career by offering clients the best possible customer service with a tireless work ethic and legendary knowledge of the market.