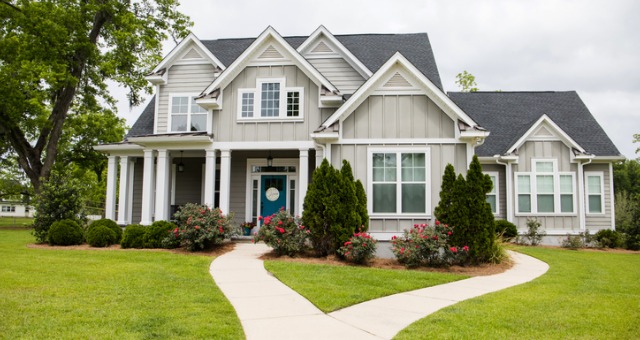 It's a crucial question, especially for first-time homebuyers: Should I buy a home, or rent one?

As is the case in real estate, it comes down to location.

In 53 percent of the country's housing markets, you're better off buying than renting, according to ATTOM Data Solutions' 2020 Rental Affordability Report, newly released. For the report, ATTOM compared 855 counties, and assumed a median-priced, three-bedroom home and a median-priced, three-bedroom rental, based on government statistics. In 66.3 percent of counties, the growth in home prices surpassed wages, the report shows. In 57 percent of counties, earnings growth outpaced rents.

Of course, despite the overall trend, there's nuances and patterns. Generally speaking, in dense metropolitan regions, it's cheaper to rent. If an area's less populated, it's better to buy.

There are exceptions, however. In Chicago, Los Angeles and San Diego, home to millions, the cost of homeownership outweighs renting—but in Detroit, Miami and Philadelphia, which also have million-plus populations, buying is less pricey than renting.

Below is an interactive map of the markets in the report, and where they fall on the spectrum.

"Homeownership is a better deal than renting for the average wage earner in a slim majority of U.S. housing markets; however, there are distinct differences between different places, depending on the size and location from core metro areas," says Todd Teta, chief product officer with ATTOM Data Solutions. "For sure, either buying or renting is a financial stretch or out of reach for individual wage earners throughout most of the country in the current climate—but with interest rates falling, owning a home can still be the more affordable option, even as prices keep rising."

Affordability improved recently, reports show. According to the National Association of REALTORS®, in the third quarter of 2019, the average monthly mortgage payment shrank to $1,033, or 15.6 percent of a household's income—a departure from 17.4 percent the previous year. According to Freddie Mac, the average 30-year, fixed mortgage rate is 3.64 percent, considerably down from 4.45 percent last year.

Meanwhile, on an annual basis, home prices remain on the upswing, escalating 3.3 percent in October, the Case-Shiller/CoreLogic index reported.