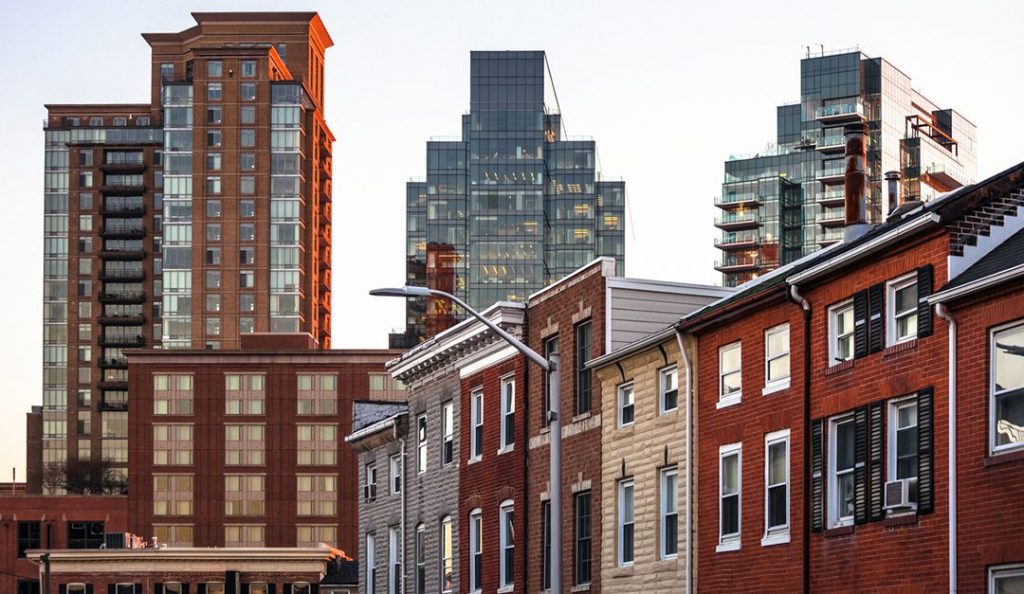 The red-hot housing market has been the shining light in the nation’s post-pandemic recovery. But, real estate experts say it’s only a matter of time before the urban rental market follows suit.

“From what I’ve read, the apartment market is recovering,” says Gay Cororaton, senior economist and director of Housing & Commercial Research at the National Association of REALTORS®.

The rental recovery appears to be a good sign for several urban markets that have weathered pandemic-induced migrations to the suburbs amid remote working conditions and national shutdowns.

A recent report from realtor.com® found that rent prices in the 50 largest metro areas in the nation ticked up to 2.7% year-over-year in April—the fastest growth since March 2020—showing signs of a possible bounceback for cities as the pandemic wanes.

As national vaccinations progress and a return to in-office work sits on the horizon, urban markets may be in for a boom in demand from renters that didn’t exist during the height of the pandemic.

While markets are already showing promising signs, Cororaton anticipates a complete rebound by the second half of 2022.

Tech Hubs Recovering
Cities that tech companies have called home still have a way to go before they return to their pre-COVID normalcy, but it looks like they are on the right track.

Rents in tech hubs dropped last year because of remote-work policies, but agents say that announcements from tech companies like Facebook that a return to offices is on the horizon could change that.

“People are going to be heading back into their offices, so I’m seeing roommates coming back where we didn’t have any of that during the pandemic,” says San Francisco-based agent Dawn Cusulos at Corcoran Global Living in California.

In April, the median rent in San Francisco was $2,656, which was down 10.9% from the same period in 2020, based on reports from realtor.com®. According to Cusulos, that appears to be driving leasing activity in her market.

She says that she has closed nine leases in a single week, which is more than she’d traditionally expect in a month.

“There is a sense of urgency because they still want to get a deal because prices have come down,” Cusulos says. “Everybody is trying to get something for a good price before things go back up.”

The Austin market was among the top rental markets that saw rents rebound, according to reports. Rent climbed out of a decline in April, with median rent coming in at $1,370 in April—up 1.7%.

Job recovery and a coveted housing market could bode well for leasing activity, according to agent Jordan Peters, at JP & Associates REALTORS®.

“I think that there will be more leasing for sure,” Peters says. “With limited houses to buy, people are going to be forced to lease. I have been getting a lot more leases, and I feel like that might be a trend for 2022.”

According to Peters, the supply of rentals in Austin took a bit of a hit last February after severe snowstorms left many apartments in need of repairs.

That may not curb demand, however, as Peters says razor-thin inventory and surging home prices in the housing market may turn some aspiring buyers into renters.

Big City Living
While renters may have fled from bigger cities amid pandemic-induced shutdowns, experts in the Northeast say they see a rebound in demand as metro areas return to their pre-pandemic bustle.

“You live in the city because of the entertainment value, the social aspects and so on,” says Gary Malin, chief operating officer at The Corcoran Group. “During the pandemic, clearly those things didn’t exist, so when all of a sudden, you don’t need to work from the office as much and all the aspects of the city aren’t open to you, it only stands to reason that people left the city.”

As the pandemic wanes and the city reopens, Malin says there has been an uptick of activity and renewed enthusiasm among renters, as the prices for units remain lower than their pre-COVID levels.

The median rent in New York City is $2,350, which was virtually unchanged over the past 12 months. However, Malin says that rent concessions offered by landlords coupled with a return to social normalcy continue to make renting in the city appealing.

“I think people realize that the deals that currently exist will not be around for long as the city opens up and as more leasing continues,” Malin says, adding that he anticipates a strong showing in the rental market during the next couple of months before a slowdown in the fall and winter.

As far as the Boston rental market is concerned, things appear to have already turned back around, according to Nick Warren, founder and CEO of Berkshire Hathaway HomeServices Warren Residential.

“I would not have predicted this based on the extra inventory that we had at the beginning of this year,” Warren says, adding that Boston’s rental market has had up to 300% more inventory since the start of 2021 than it did for all of 2020.

“We had this glut of inventory that I thought was going to turn the rental market on its head completely, and it did for a little while,” Warren continues. “All of a sudden—roughly a month ago—we saw things completely change, and somehow, properties started getting absorbed quickly.”

According to Warren, reports from his agents who had rental listings in the city showed they were getting so many inquiries that they began holding open houses for rentals to handle all the demand.

In some cases, agents are also getting bids over the asking price for units as people compete for housing. Warren attributed the frenzy to a mix of factors, including people who stayed in place during the pandemic while others entered the buyers’ market or left the city.

“I think people have short-term memory, so as soon as there was light at the end of the tunnel, things started returning to normal in the city, and I think that’s what happened,” Warren says, adding that once vaccines were available to the general populous and the cities began reopening, there was a flood of people coming back into the market.

There is still uncertainty surrounding a full-blown recovery of urban rental markets nationwide. While companies like Facebook and Uber are planning—and starting—office returns, other major employers like Google are opting for hybrid schedules or expanding their options for workers.

The rebound will rely heavily on how companies carry out return-to-office policies in the coming months.