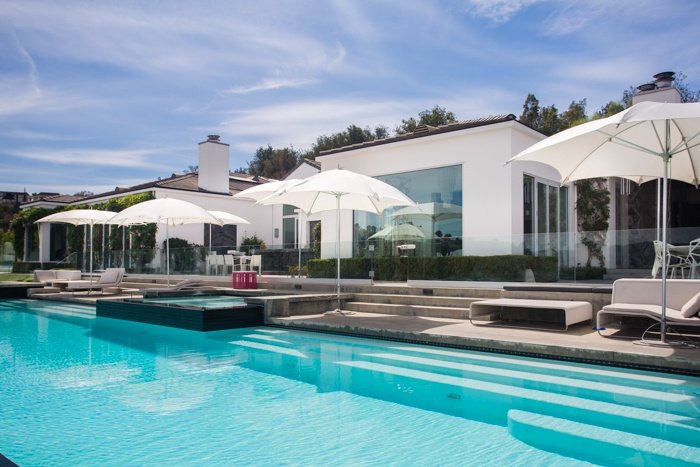 No Doubt singer Gwen Stefani and her also-rocker beau Gavin Rossdale are now selling their Beverly Hills, Calif. estate after permanently moving to Splitsville, USA in 2015. After attempting to sell via private listing, the home is now officially on the open market for a whopping $35 million. (The couple is set to make bank, having purchased the home from J-Lo for a mere $13.25 mil.)

Stefani's "Sweet Escape" is just as chic as you'd expect from the fashion designer/Reality TV judge. In fact, the patterns and designs found inside look exactly like something off her L.A.M.B. clothing line, with black and white dominating the color scheme, supported by splashes of color that create powerful accents throughout (that hot pink furniture = all the fire emojis!).

At 9,000 square feet, the on-fleek estate has seven bedrooms, nine bathrooms, a gym and a movie theater. The spacious, open interiors were decorated by celebrity interior designer Kelly Wearstler, with every surface covered in dramatic shapes and stripes. The backyard is beyond resort-worthy, with a gorgeous pool, tennis court and plenty of lawn for the kiddos. There are several other focal points out back, too, including an exterior kitchen, an open-air living room, and additional seating to entertain all your fancy Hollywood chums. 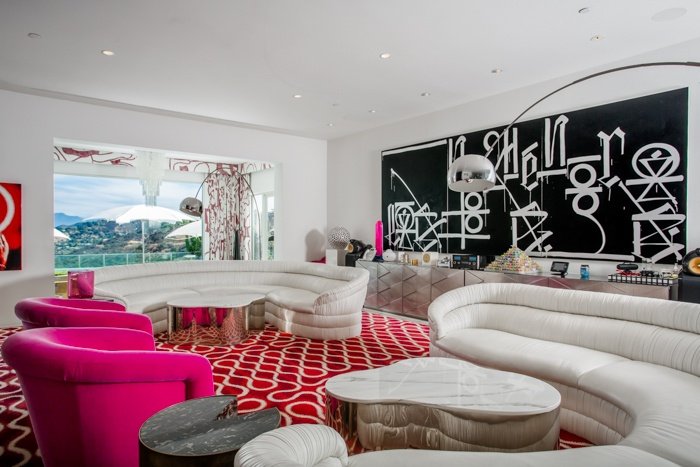 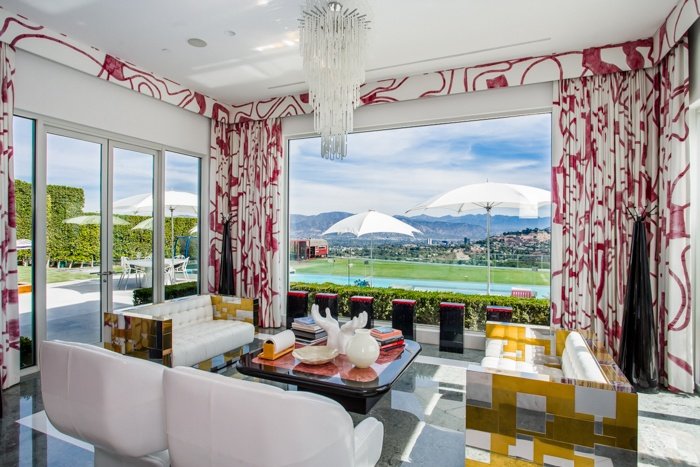 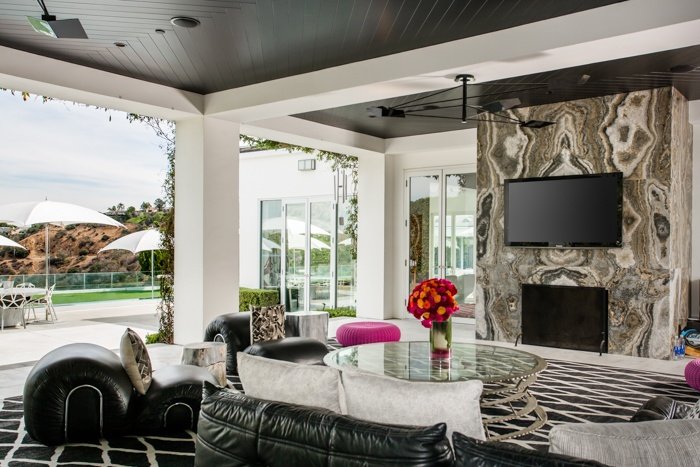 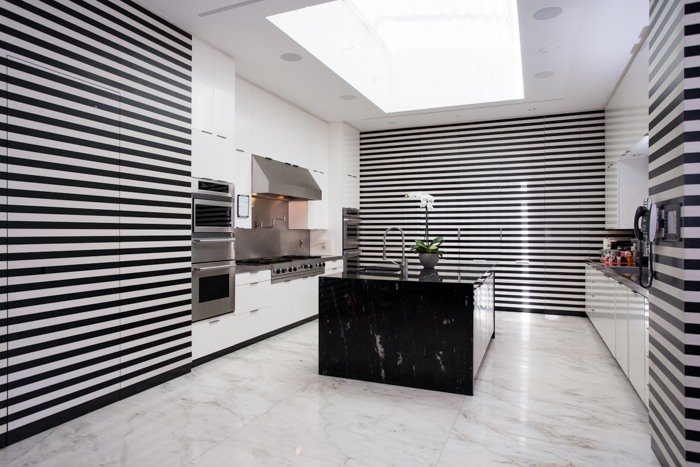 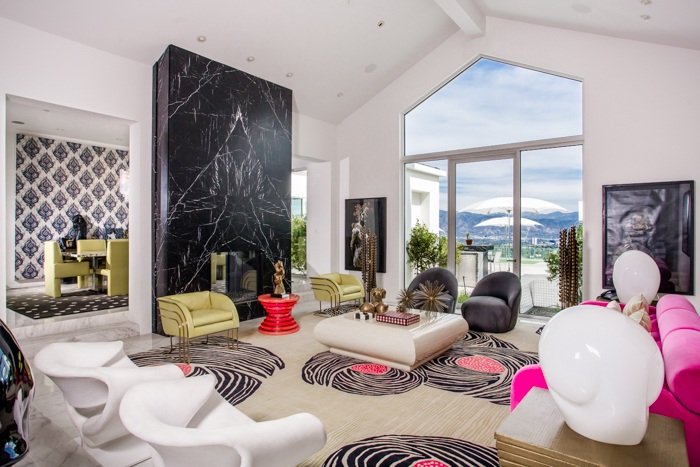 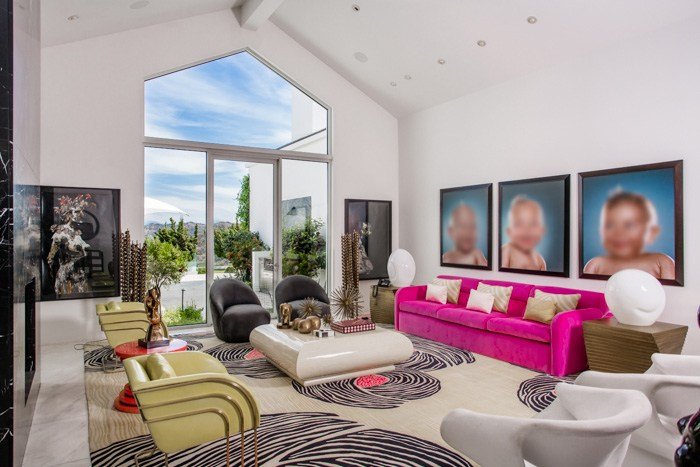 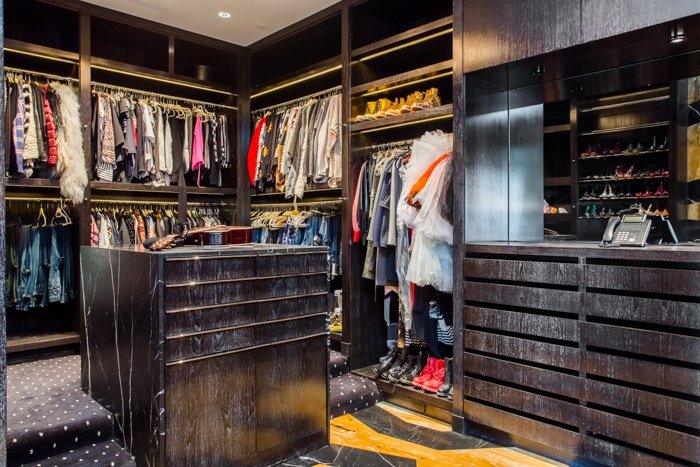 5 Comments so far. Feel free to join this conversation.