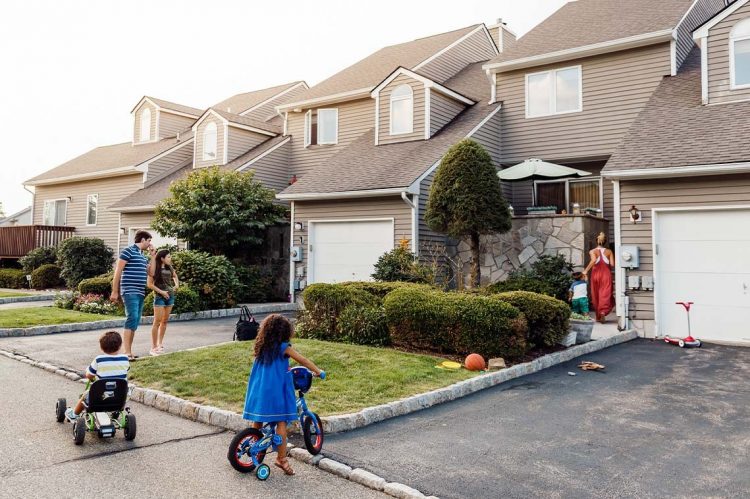 With a record number of millennials set to reach key age milestones for homebuyers over the next two years, experts say this could push already accelerated price gains even further. This, according to a new report from Zillow that found home values are growing fastest in areas with the highest share of kids, reflects the impact millennial house hunters are making on family-friendly neighborhoods already experiencing a shortage of homes for sale.

Related: Millennials Are Collaborating to Attain the American Dream of Homeownership

Related: Where Are Millennials Buying Homes?

According to the report, the top 10% of ZIP codes with the largest share of kids in each county analyzed saw an average of 21.3% growth from October 2020 to October 2021, compared to 17.6% in ZIP codes with the smallest share of kids. This trend started in 2013, which, not coincidentally, was the year the oldest millennials turned 32, the age when many new parents buy their first homes. That’s the median age of first-time home buyers and one year older than the median age of fathers with newborns, Zillow’s report stated.

“As millennials go, so goes the housing market, and we are seeing now, as millennials age, that they are looking for homes that fit the needs of growing families,” said Zillow economist Nicole Bachaud. “Millennial demand has helped push up home prices in areas with the most children. Competition for homes in these family-friendly areas should intensify in the coming years as more millennials reach the key age of 32, adding to the affordability squeeze.”

Zillow’s report analyzed 421 U.S. counties, representing 71% of the country’s population. ZIP codes with more residents under 18 years old are associated with higher home value growth in nearly two-thirds of the counties studied. Many of the counties where this relationship does not hold true are vacation destinations, where part-time residents have unconventional housing demands. Home value growth in these family-friendly areas began to outpace nearby ZIP codes in 2013, and the correlation between kids and home value growth has been nearly perfect for each year since 2017, according to the report.

That first wave of early-30s millennials had the benefit of discounted home prices because of the Great Recession; home values in these family-friendly ZIP codes were hit particularly hard between 2008 and 2011, during the nationwide housing crash. Today’s first-time home buyers are encountering a much different market, especially as home price growth has reached record highs during the pandemic.

Kristi Ramirez-Knowles, a REALTOR® and team leader for Your Home Sold Guaranteed Realty working in West Los Angeles, told RISMedia late last year that millennials are often forced to look at areas near or abutting these traditional family-friendly zip codes, because the most attractive markets have no homes within their budget.

“It’s pushed further,” she says. “Other places where it wasn’t very family friendly, now it’s starting to get very family friendly because they’re building brand new construction with everything built in—with the pool and the rec room, and that’s drawing to those areas. That’s attracting families even though the school district may not be that great. It’s the appeal of brand-new and something they can afford.”

That also seems to be the case on the other side of the country, as Virginia-based agent Kathryn Kramer with Howard Hanna, suggests that the Norfolk housing market has seen similar behavior.

“I think that this effect is compounded by two factors,” Kramer says. “Empty-nesters are more hesitant to move because of the pandemic, and we have fewer of those homes on the market. Also, more millennials are working from home which has allowed markets like ours to flourish because people who can now work remotely are moving to areas that have better schools and amenities and a lower cost of living.”

Kramer went on to say that some of the neighborhoods that are not traditionally thought of as first choices for families are going to start improving as people start getting priced out of other neighborhoods.

The snowball of millennials reaching peak age for first-time home buyers has grown during the past nine years and is about to turn into an avalanche, Zillow reported. Nearly 200,000 more Americans will turn 32 this year than did so in 2021―the biggest jump since the transition from Generation X to millennials in 2013—and even more will do so in 2023. This demographic reality should fuel even faster price growth in family-friendly ZIP codes over the next two years, making saving for a down payment even more challenging for first-time buyers.

This effect, the report states, is strongest in counties that encompass the cities of Norfolk, Virginia; Washington, D.C.; Portland, Oregon; Austin, Texas; and Seattle. Counties where this trend does not hold true include those encompassing Galveston, Texas; Santa Barbara, California; and Ocean City, New Jersey.

To view the full report, including a breakdown of the top 50 metros, click here.