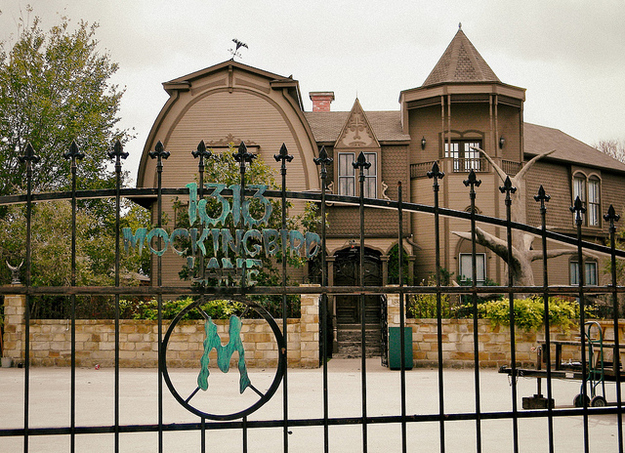 Sandra and Chuck McKee from Waxahachie, Texas are some of those people. In 2012, the couple recreated one of their favorite family homes that they now actually live in. Welcome to their very own Munsters house!

From the home's massive staircase, suit of armor, and the storm shelter that doubles as a dungeon, it's safe to say that the McKee's are more than fans - they're fanatics. The 5,800 square foot home has arched windows, 10-foot ceilings and sits on two acres of land. The amount of memorabilia required to put this project together is incalculable - Sandra claims to have lost count on how much she has spent, though it's been reported that the couple did pony up about $250,000 to build the Victorian-style home of Herman and Lily.

See it to believe it!

It has been painstakingly recreated room by room, through watching and re-watching footage from the show. Many pieces in the house are from the show or exact matches of items from the show. This is a living work as each year more detail is added, and more items collected to make this as exact as it can be. It was a challenging project, as there were no plans or blueprints to go by. The house was completely designed by the use of the show footage. Living in the Munster Mansion is a dream come true for the Mckees.

The home is typically only available for touring during October and during its annual Halloween charity fundraising event. For more information, visit munstermansion.com.

Nick Caruso is RISMedia's Senior Editor. He once thought that he was a huge TV fan.