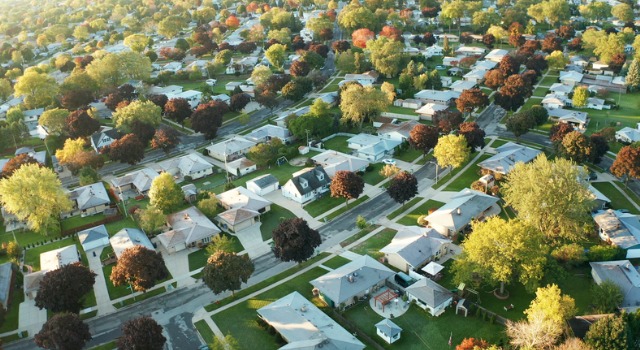 Still working from home? Many continue to be unable or unwilling to return to their office and the pandemic has made it clear that most Americans can competently execute their jobs from home. And, according to Zillow, many want to continue working from home after we return to a "new normal," which opens up the possibility of an exodus from major metropolitan areas.

According to a recent Zillow survey conducted by The Harris Poll, more than half of employed Americans (56%) have had the opportunity to work from home since the start of the pandemic—a majority of these individuals want to continue doing so, at least occasionally.

Where people choose to live has traditionally been tied closely to where they work, but Zillow posits that the coronavirus may have permanently changed that, and many top real estate professionals agree.

"Maybe not surprisingly, while sales were down throughout the early spring, we saw a spike in the rental market as people were getting out of New York City, and that's a trend we think may continue as more people decide to leave the denser cities to live out in the 'burbs," Chris Raveis, president of Residential Services at William Raveis Real Estate, tells us.

Prior to COVID-19, just 7 percent of U.S. civilian workers had the choice to work from home as a workplace benefit, according to the Pew Research Center. With large companies like Twitter, Facebook and Apple already permanently updating their work-from-home policies, this percentage may be forever higher. This leaves people free to live wherever they want, unconcerned with the distance between their home and their place of work.

"The coronavirus pandemic is prompting an exodus in New York City. The ripple effects will be felt in the rental and homebuying market for some time," said Ruth Shin, founder and CEO at PropertyNest, while commenting on the results of one of her company's recent surveys.

And it's not just in the New York Metropolitan Area—people across the country, in recent months, have been more willing to leave congested, high-priced metro areas for the suburbs.

"We've noticed much the same trend," Sheryl Chinowth, CEO/co-founder at Chinowth & Cohen, REALTORS®, tells us. "Customers [are] leaving Dallas and Houston to settle down in wide, open spaces."

Only time will tell if this trend persists long after the coronavirus subsides. The pandemic will likely change our lives in ways that are still unknown to us, but it already appears that a housing boom in the suburbs is on the horizon.

Here is a graphic, produced by Zillow, that highlights some of the key findings from their survey: 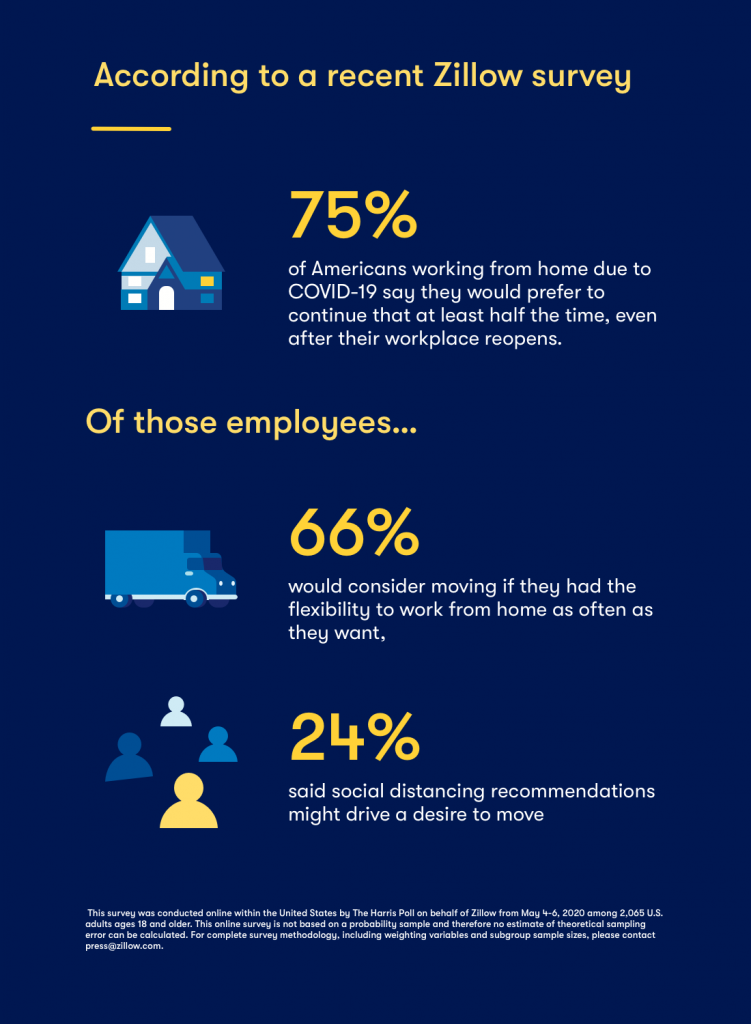 To view the full results of Zillow's survey, as well as the company's methodology, click here.