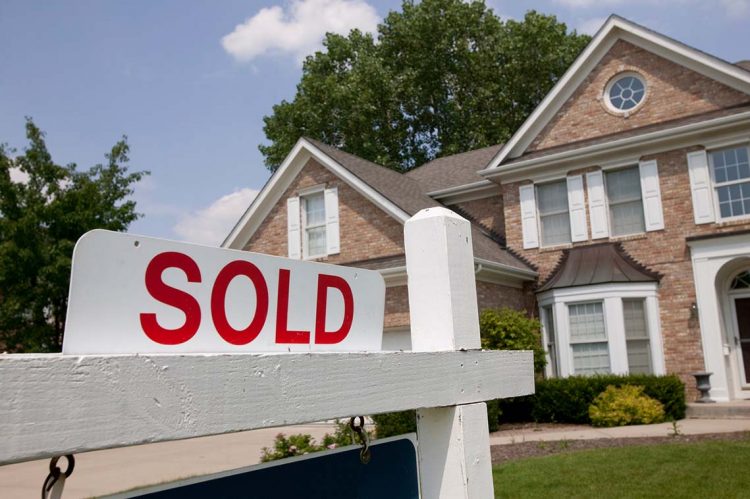 Despite various forecasts surrounding mortgage rates, the bottom line is that they are bound to tick up this year, leaving many wondering what this could mean for the housing market.

“Higher mortgage rates are one reason why we will move from an incredibly hot housing market to one that’s strong, but instead of having ten bidders at every open house, you get two or three buyers that are interested,” said Michael Fratantoni, chief economist at the Mortgage Bankers Association (MBA), in a recent interview with MarketWatch.

“Our forecast has that rising to about 4% by the end of 2022,” he said. “That’s certainly higher than we are today, but historically speaking, that is still a very attractive mortgage rate.”

Based on recent Freddie Mac data, 30-year mortgage rates climbed to 3.22% by Jan. 6, maintaining their upward trajectory that experts expect to carry on throughout the year.

The increase in rates will likely push more buyers into the market in search of the best deal they can get before rates get too high, according to a recently released survey conducted by Redfin.

After surveying 1,500 U.S. residents, 47% of house hunters said they would feel more urgency to buy a home if mortgage rates rose above 3.5%, according to Redfin.

While MBA’s predictions of 4% have been on the higher end of predictions in recent months, Redfin Chief Economist, Daryl Fairweather, expects rates to hit about 3.6% by the end of 2022.

“Mortgage rates increasing will make home-buying less affordable,” Fairweather said in a press release. “Over time, that will put the brakes on demand and put an end to double digit annual price growth. But in the short term, this increase will light a fire under homebuyers and make for an extremely competitive January.”

Improvements in the broader economy will help drive rates up this year, according to Fratantoni, who noted the gradual drop in unemployment and demand for workers would persist throughout 2022.

According to recent data from the U.S. Labor Department, unemployment declined to 3.9% in December, with the U.S. economy adding about 6.4 million more jobs last month than at the end of 2020.

“We still have almost 11 million job openings in the economy and this tremendous demand for workers,” Fratantoni says, adding that unemployment will probably hit 3.5% by the end of the year with strong wage growth.

Another metric people are paying attention to is inflation, which he suggested CORE inflation to stay elevated longer than pundits and experts anticipated, which will also add upward pressure on rates.

In their December meeting, the Fed indicated that they expect to implement three interest rate hikes in 2022 and accelerate their tapering—cutting back on asset purchases.

While forecasts point toward rates climbing in 2022, Fratantoni also weighed the idea that rates could dip during the year, especially with the recent outbreak of the Omicron variant at the tail end of 2021 and the possibility of a newer variant still up in the air.

He acknowledged the possibility of a short-term drop in rates, leading to a brief uptick in refinancing activity. Still, Franantoni indicated that each variant appears to have less of an economic impact.

“We’ve gotten to a level of comfort with at least prior to Omicron,” he added. “I think we’re moving through that in this case as well. We now have a set of tools to use to deal with challenges around public health concerns that we could use again if a new variant were to pop up.”

Another possible outcome that Fratantoni threw out suggested that rates could climb faster than anticipated, which he said could happen if elevated inflation doesn’t cool off.

“The Fed may really have to stomp on the breaks as opposed to gently tapping them,” Franantoni says. “We could see the rate path move even higher and faster than we have in our baseline forecast.”

With higher rates on the horizon, concerns surrounding affordability issues—particularly among younger, first-time buyers—have mounted, especially when coupled with home prices that surged in 2021.

“2021 had eye-popping home price growth,” Fratantoni says. “Frankly, if that continues too much longer, we’re going to run away from the first-time buyers that we’re really counting on to supply demand in this market,” he says.

While home prices will continue to grow in 2022, Fratantoni indicated that the appreciation wouldn’t match the degree that the industry saw last year, dropping from record-level, double-digit growth to 6% or 7% growth.

“The job market is going to be booming, and we’re going to see the unemployment rate get as low as it was in February 2020,” he said, adding that a demographic push from millennials will also play a part in keeping the market moving.

“The largest single cohort, the millennial generation, are reaching peak home-buying age,” Fratantoni continued. “That is going to generate a tremendous amount of demand because you have a bunch of young folks in their early 30s looking to establish their households right now.”

Given the pace of new construction, he said additional inventory this year would cool bidding wars in the market and provide a more favorable experience for first-time buyers despite rising prices and rates.

“They might get to look at a couple of properties and have more than a few minutes to think about how to make that offer, so I think the process of buying for that first-time buyer should be more pleasant this year even though the ultimate price may be higher given what has happened to home prices.”