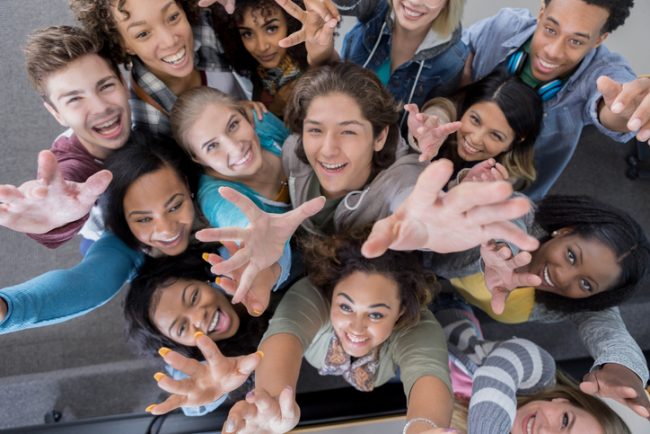 When you think about the ideal state for Millennials to live in, you likely imagine them traipsing around California or New York. But a recent MoneyRates.com study shows the best state for young folks these days is actually...wait for it...North Dakota?

The study looked at eight different aspects to determine the best states for Millennials. These criteria are:

With these in mind, MoneyRates.com ranked the following 10 states as the best fit for the Millennial generation.

This may seem like an out-of-the way choice, but it clearly has no problems attracting young adults. North Dakota has the second-highest population of people aged 20 to 24, trailing only Utah. One reason why young people are drawn to the state? The job market. Across most of the nation, unemployment for young adults has remained persistently troublesome, but North Dakota's unemployment rate for people aged 20 to 24 is just 5.3 percent, compared with 8.1 percent for the typical state. One major knock on North Dakota is if you are a health nut: It has the third-worst concentration of health facilities relative to its young adult population.

It probably comes as no surprise that South Dakota would share some characteristics with its neighbor to the north. Of particular interest to millennials looking for work, these similarities include a strong job market for young adults. South Dakota also ranks No. 1 nationally in the affordability of residential rentals, leaving millennials more money to put into their savings accounts.

This is another state that might not automatically be thought of as a mecca for young adults, but proportionately, its population of 20- to 24-year-olds is in the top 10 nationally. Nebraska also scored top-10 rankings for young adult employment, residential rental affordability and the proportion of bars relative to the size of the young adult population.

Being home to New Orleans makes it easy to think of Louisiana as a party state, but actually it scored only a little better than average in terms of the availability of night life. However, it scored very well for broadband access, rental availability and proportion of young adults in its population. If you move to Louisiana, just make sure you have competitive job skills because the job market for 20- to-24-year-olds is quite weak.

With student loan debt an increasingly troubling issue for millennials, Wyoming offers a very strong attraction: At an average of $5,055 per year, the cost of a four-year public college degree for in-state residents is the lowest in the nation. Wyoming also was among the best five states for rental availability and concentration of bars relative to the size of its young adult population.

The two greatest strengths for Iowa in this study were that it ranked among the 10 best states in both rental affordability and concentration of bars.

Scores for Kansas were more consistently decent than featuring spectacular ups and downs, though the state did rank particularly well for the availability of high-speed broadband and access to residential rentals.

Though it earned a tie with Kansas, Wisconsin reached that position with a very different set of characteristics. For example, unlike Kansas, Wisconsin offers relatively low residential rental availability. However, Wisconsin stands out as a particularly good place to work and play. In terms of work, Wisconsin has the fourth-lowest rate of young adult unemployment in the nation. In terms of play, it has the second-highest concentration of bars relative to the size of the young adult population.

While Montana is a wide-open state with a relatively sparse population, apparently the people who live there like to have a good time because state ranks No. 1 in its concentration of bars relative to the size of its young adult population. For more serious-minded millennials, another attraction of Montana is that it has the third-lowest in-state tuition for four-year public college degrees. In addition, the state was in the top 10 for concentration of fitness facilities.

The top ranks for Indiana would fall into the general category of ease-of-living for young adults. Indiana was in the top 10 for both affordability and availability of residential rental properties, and it also scored well for access to high-speed broadband.

Zoe Eisenberg is RISMedia's senior news editor. She is a millennial, but not trendy enough to live in any of these states.