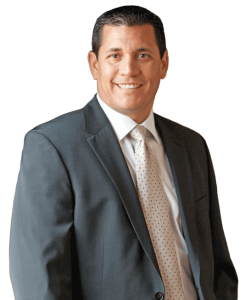 Greg Harrelson, REALTOR® and president at CENTURY 21 The Harrelson Group, has been helping clients buy and sell homes in Myrtle Beach, S.C. for over 20 years. Consistently ranking in the top 1 percent of REALTORS® in the U.S., much of his time is now spent training the more than 100 agents at his company.

Originally coached by the Mike Ferry Organization, Harrelson has taken the tools he learned through them to train his own agents and build his company into what it is.

We wanted to chat with Harrelson to learn more about his successful system for growth. Here, he speaks candidly about his start in the real estate industry and where he sees it going in the years to come.

What first drew you to the real estate industry?

I was in college and my father was in real estate. I needed a job and we decided that I would become a part-time prospector for my dad. I was in charge of setting appointments for him and he would go get the listings while I was in school. This is a critical part of my success because I learned how to self-generate listings on day one. I then got into real estate full-time and built my personal real estate production off of becoming a powerful listing agent. I would average over 20 listings per month.

Could you tell us a little bit about how you ended up at CENTURY 21?

My father and I were a team doing hundreds of deals per year. We purchased a RE/MAX franchise but decided to sell it within six months because our vision for growth differed from how RE/MAX wanted us to build the company. It isn't that RE/MAX had a bad vision, it just wasn't our vision. Around this time, we were in communication with CENTURY 21 Franchise Sales. We discussed our model and our intentions for the future and they were very supportive. We wanted to start with fewer agents and develop them to be top producers. We chose to grow slower in number of agents and grow faster in number of closings and revenue.

What has been your biggest obstacle as an agent?

I think my biggest obstacle has been keeping our focus on old school generation strategies in an industry that is so noisy and full of distractions. There are shiny objects trying to gain our attention. Every week, it seems there is a new lead company claiming they can provide quality leads without having to prospect. These companies are tempting and some of them we use but to maintain our discipline to self-generate gets tougher and tougher. You see most new agents going straight to lead companies—that is fine today, but what happens in a down market? They will have to cut their budgets which will cut off their lead flow and because they have never learned how to self-generate, they may find themselves in a bind.

You've been in the Myrtle Beach area for 23 years now, in that time you've grown your team to approximately 100 other real estate professionals. What's been the secret to growing your brand?

My secret has been to hire slow and train fast. I built the company using a coaching model, meaning the agents in my office are viewed more as coaching clients than they are as real estate agents. As a company and a leader, I have the responsibility to develop talent. I teach everyone scripts and dialogues, strategies for converting buyers and strategies for taking a lot of listings while providing the technology and resources for them to reach their highest goals.

Basically, I train them to generate leads, train them to convert those leads and have staff handling transaction management and servicing for the agents. I also buy or build the technologies that agents need so they don't have to invest in it themselves.

How did you learn this system for success?

When I first started in real estate, I hired the Mike Ferry Organization to coach me. Since than, I have never been without a Mike Ferry coach. Because of their help, I was able to create a high volume business for myself as a top producer. I had many years of sales over 300 - 400 deals per year. The importance of this is that I actually gained experience; I did the things that I started to teach later on.

Through the years, I learned the Mike Ferry System and became a One on One coach for Mike Ferry. This was an important time for me because now I was being coached on how to coach agents across the country. I had a lot of success coaching agents all across the United States. I continued this for awhile until I decided to grow my company to the next level. I took the lessons and experience I learned by being a coach and turned my focus to coaching the agents in my office exclusively.

You have a large team, but as a company you take a ton of listings. This year, you've stated your company will sell more than 2,000 homes. How integral is lead generation for putting up those numbers?

Can you tell us more about how you're generating that many leads?

Everyday, there are agents prospecting New Expireds, Old Expireds, Fsbo's, COI, Rentbo's and calling the company database that has thousands of documented property owners. In addition, I spent time and money in building out multiple websites that organically rank on the top of Google and generates thousands of leads per year. Combining the leads coming from our websites, marketing strategies and outbound lead generation, we have of plenty of leads to grow even further.

With the success you've had, you must be an expert marketer. What are some tricks you use to authentically market yourself and your company?

I was an early adopter of website SEO. I started building web assets years ago and they now rank number one for hundreds of terms in my local market. This provides a lot of buyer leads to the company. We have also been heavy in social media marketing for generation of seller leads. This has worked well, but it's important to know that the follow-up on the leads is critical for conversion. These leads often sound unmotivated, but have proven to convert well over time. We also use social media marketing for brand awareness which compliments our outbound prospecting efforts.

What’s the next big trend going to be in real estate?

I think the next trend is already starting to develop. Bots will likely play a bigger role, as well as big data. I think we will use those technologies to better build and communicate with our database. Instead of building databases, we will start building communities that'll help us focus on providing more communication and value to clients.

I also believe a larger volume of business will come from Affinity relationships with companies like Amazon, Facebook and many others that have a large audience. These relationships will be through referrals. Amazon could become another lead portal that comes at a cost to the agent. Companies like this have huge audiences that trust them and will likely give an incentive to use one of their referral agents. I think more agents will be using these lead companies to provide the majority of their business, which means it could become a lot tougher to make a profit if you're not focusing on your own lead generation.

Where do you see yourself five years down the road?

Five years down the road, I see myself doing similar things but at a much bigger scale. I am focusing on creating more leaders in my organization in order to recruit more agents while continuing to increase the value that I bring to the agents. I can see 1,000 agents working the entire state of South Carolina and beyond, but I must have great leaders within the company that have the knowledge and desire to develop talent in each office or market we serve.