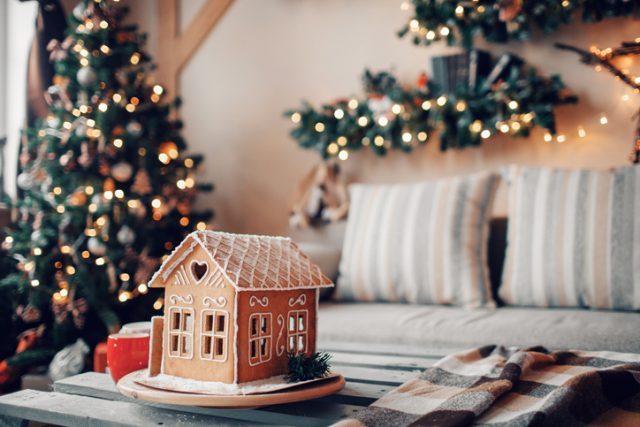 The holiday season is a busy one. Hanukkah, Christmas, parties, performances—and let's not forget shopping!—consume us between the beginning of December and New Year's. As a result, many home sellers believe that it's a good moment to refresh their listings by removing them from the market. There's a certain intuitive sense to this. Buyers often slow or even stop their searches, especially as the middle of the month approaches. It can be an inactive time.

But this year I suggest a different approach. Taking an apartment temporarily off the market for three weeks or a month does not reset the clock for the total days on the market. The listing still comes up in most online searches. Most importantly of all, buyers looking in December are serious. Here are a few ways to tempt them:

Make It Affordable. Most agents and owners will wait until the first two weeks of January to drop prices. A price drop today will actually generate more attention than one initiated at the same time as many others, when new listings also appear on the market in larger numbers. If you know the property is overpriced, try making the reduction now. Sometimes turning conventional wisdom on its ear works! As an agent, I remember making at least two or three deals during Christmas week. I even finalized one deal for a particularly interesting apartment facing Central Park late in the day on Christmas Eve.

Make It Beautiful. Even if the property has been staged (but especially if it hasn't) take advantage of the season to make the property especially appealing. Seasonal flowers and plants (excepting perhaps the ubiquitous and poisonous poinsettia) create a sense of happiness and homeyness in any property.

Make It Interesting. Since almost all successful marketing now appears online, think hard about how your property appears on your website and on aggregator sites. Does the copy entice without giving everything away? Do the photos showcase the property's attributes while minimizing its drawbacks? Hint: Photos in which the brick wall directly outside the windows dominates the perspective probably won't help sell the property.

Make It Known. As agents, we try to think outside the box to sell our listings. I like to remind our agents that sitting by the phone is not a strategy. Lifting the phone and dialing, however, moves you to a whole different place. As an agent, I found that outreach to other top agents in my community was often the most effective marketing I could do. A group email creates far less impact than a personal email or a call.

Every property, whether in December 2018 or January 2019, will benefit from these strategies, but they can be particularly effective when the market seems quiet, as in these weeks between now and the New Year. Sometimes unconventional wisdom is the way to go!

Frederick Peters entered the real estate business as a residential agent in 1980. After working as a sales director at Albert B. Ashforth for a number of years, he acquired and renamed the 95-year old firm in 1991. Since that time, Peters has expanded the company from 40 to 130 agents and from one to three locations.

Looking to Start Investing in Real Estate? Leasing May Be a Good Place to Start