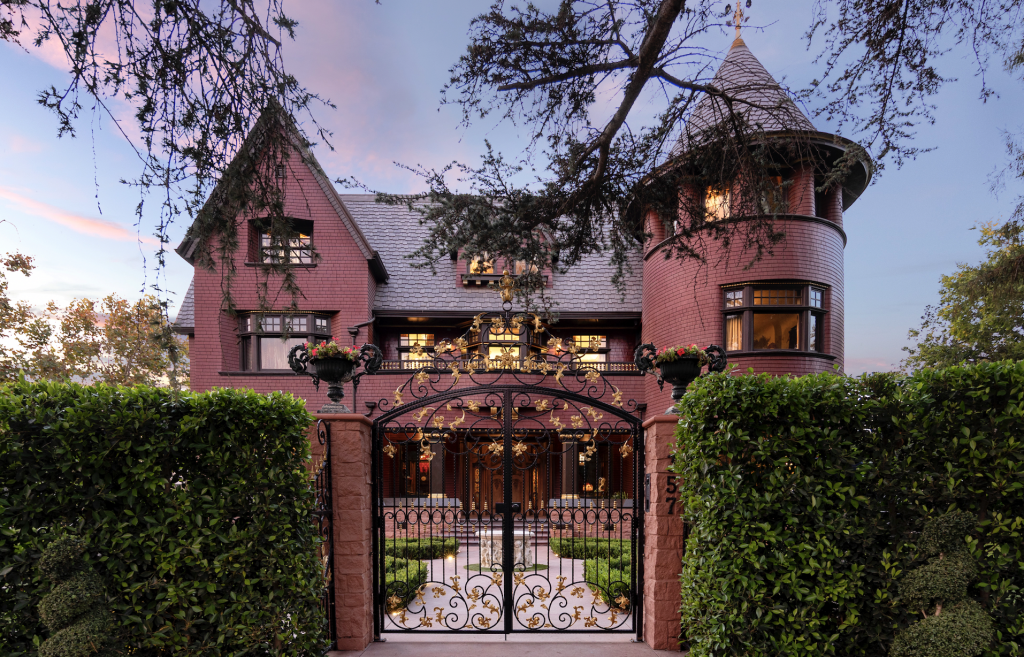 Built in the 1890s by Isaac Newton Van Nuys, for whom the city of Van Nuys, California is named, this large estate was just listed for sale by famous tattoo artist Kat Von D. The home, which is completely gated and sits on over half an acre of manicured grounds with maze-like gardens and fountains, hit the market at a cool $15 million.

Perhaps best known for her TLC reality show ‘LA Ink,’ Kat Von D is also a model, recording artist, bestselling author and entrepreneur. In 2016, she paid just $6.5 million for the L.A. mansion and has since completely remodeled it to suit her gothic aesthetic. Prior to listing the home, she closed her tattoo studio and announced a move to Indiana to spend time with family.

The 12,565 square-foot home, which includes 11 bedrooms and eight-and-a-half baths, also served as the main filming location for the 2003 family comedy ‘Cheaper by the Dozen.’ Some notable features around the mansion include: a grand salon which connects to the library, den, formal living and sitting rooms; and a dining room that is lined with stained-glass windows.

The property also boasts a hidden bar, which conceals a secret door that leads directly out to the pool and spa area. A swimming pool filled with blood red water—Von D’s touch—is flanked by classical statues and has plenty of room to entertain with a large patio space.

Additional features include: a bedroom suite with a bat-themed mural and fireplace, a stage that comes with original footlights and a turret side room, as well as a two-bedroom, two-bath carriage house above the garage. The home is located near Hancock Park, a neighborhood that celebrities like George Takei, Manny Pacquiao and Antonio Banderas call home. 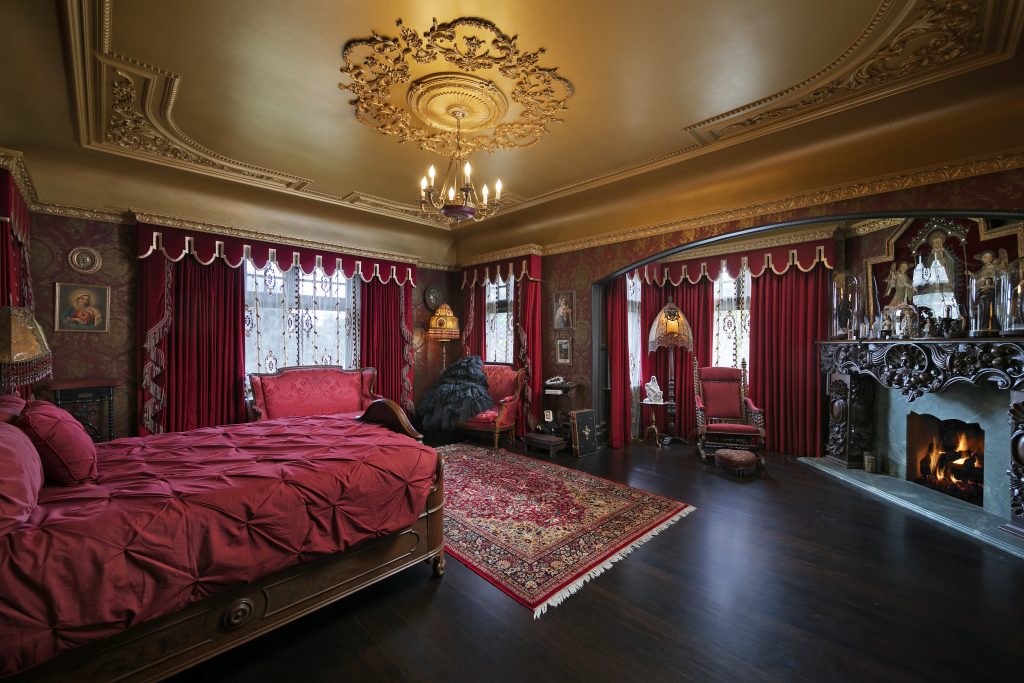 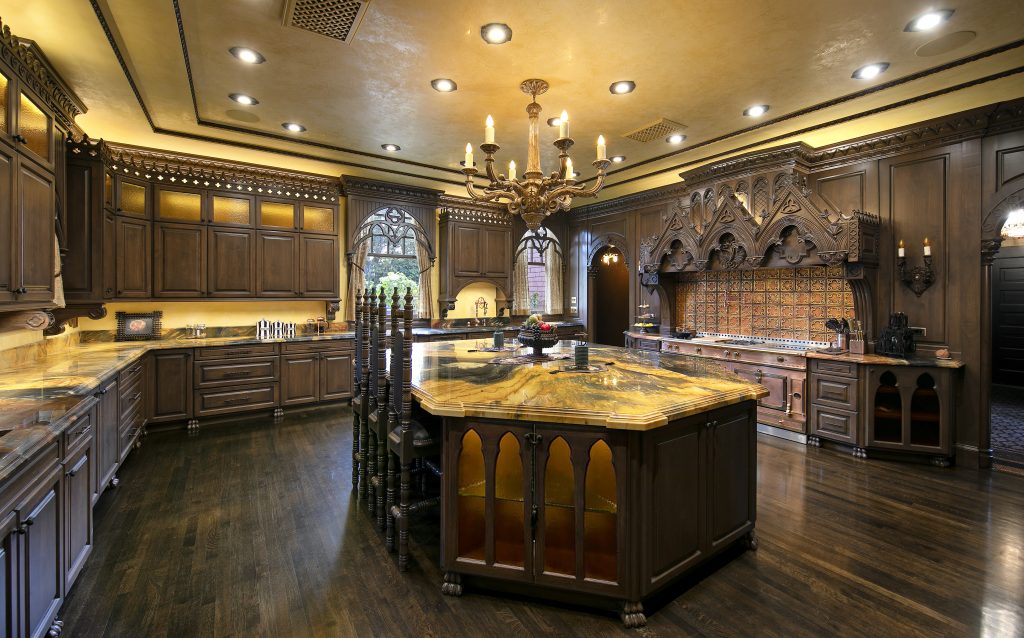 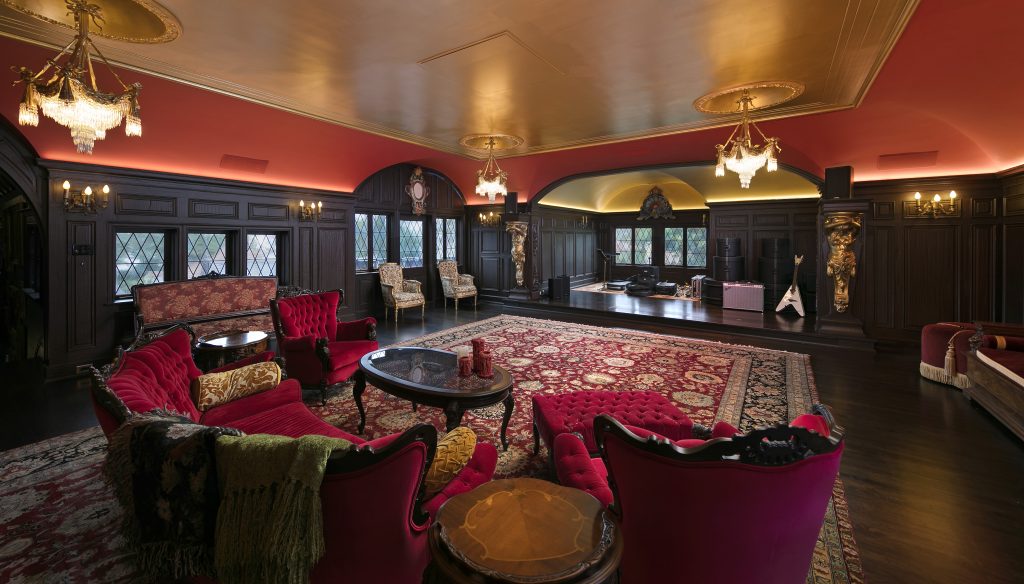 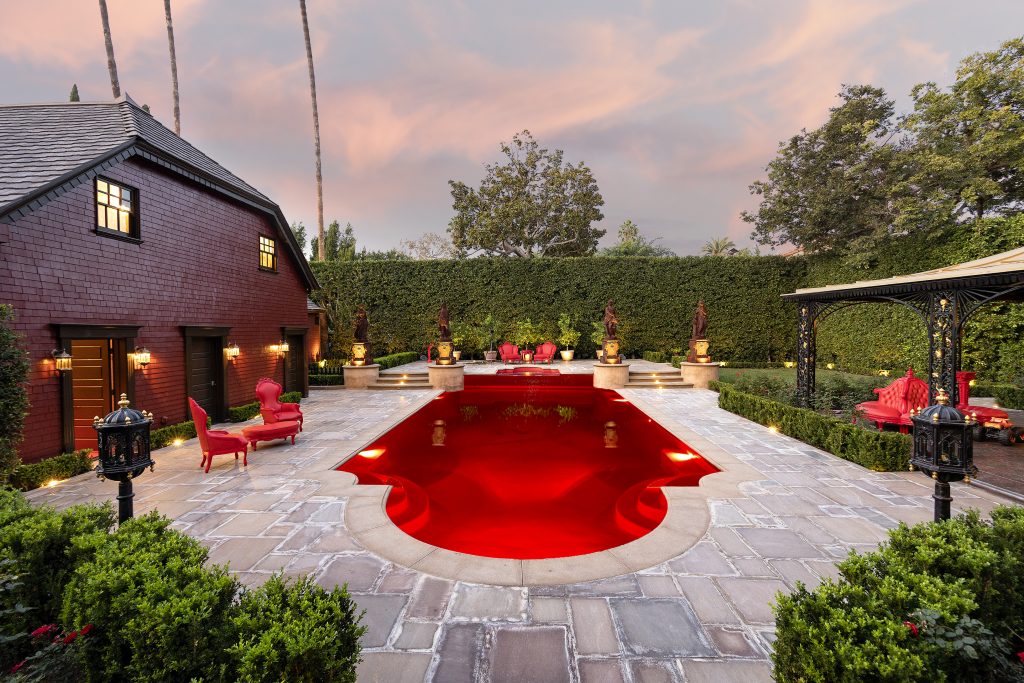 Listed by: Jamie Sher of The Sher Group

Photos by: The Sher Group