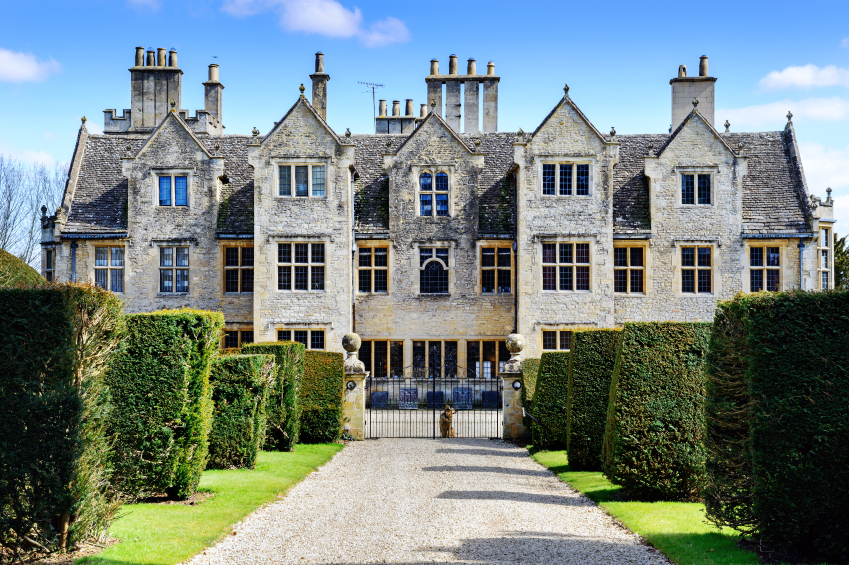 Looking to live in an ultra-lux area? Need your neighbors to own a 10 car garage and a pool full of pink flamingos? SmartAsset recently dropped a new report outlining the metro areas with the most mansions across the U.S. While most of you are probably jumping to visions of A-list pads in the Hollywood Hills, the real results are actually quite surprising.

What state is the proud owner of all three of the metro areas with the most mansions? It's not California, or even New York, but Utah. Yep, the Beehive state is living large. Runner-ups include the Connecticut coast (a short drive from New York City), Honolulu and Georgia. 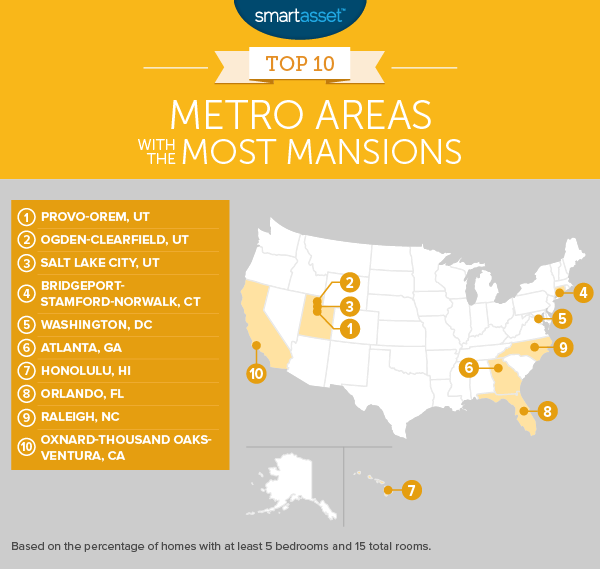 To come to their findings, SmartAsset analyzed Census Bureau data on housing in America’s largest 100 metro areas, specifically focusing on homes considered to be mansions. Only 5 of every 1,000 homes across the U.S. are considered mansions. To be considered a mansion, SmartAsset delegated that a property must have at least five bedrooms and fifteen rooms, not including closets and bathrooms.

This is probably why Utah stole the top spot. They have the largest average home sizes of any states, creating prime opportunities for mega mansions. The state's three largest metro areas ( Provo-Orem, Ogden-Clearfield and Salt Lake City) all have mansion ratios of more than 1.4 percent, with Provo-Orem breaking records at 2.4 percent. Only four other U.S. metros broke the 1 percent mark. 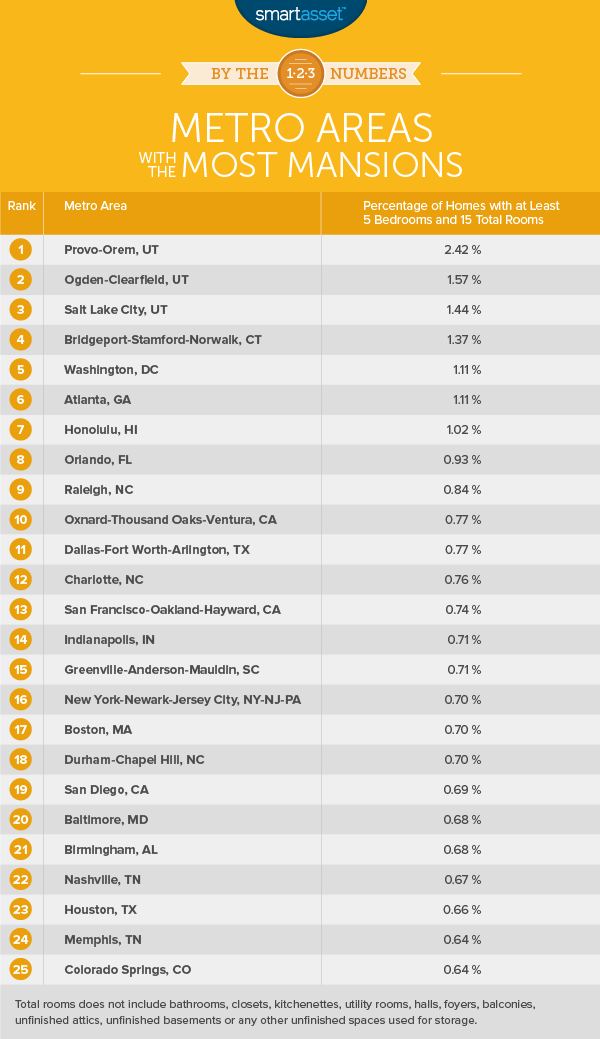