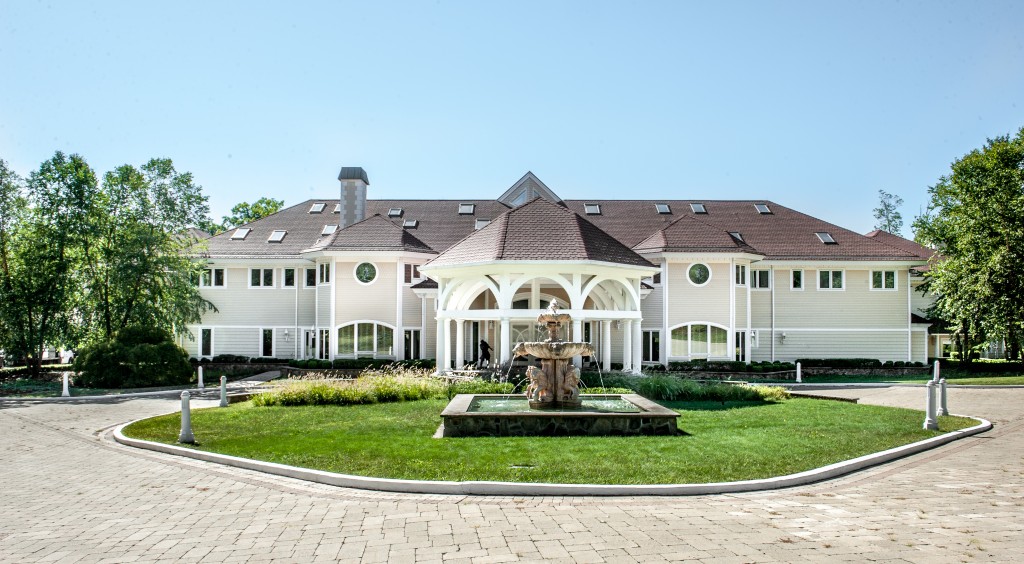 50 Cent, rapper, actor, and Vitamin Water investor, owns one of the largest homes in America. At 51,657 square feet, his mega-compound found at 50 Poplar Hill Drive in Farmington, Conn. dominates the neighborhood it resides in. Considering its 52 rooms and 17 acres--including mountain views, nine kitchens, an NBA regulation-size basketball court, a helipad, and more--it’s shocking, quite honestly, that its owner filed for bankruptcy earlier this year.

The history of this crib has been a bumpy one. Originally built in 1985 for Benjamin Sisti, the co-founder of Colonial Realty (later found out to be a Ponzi scheme), the mansion was purposely built with aggrandizing visions in mind. In fact, the mansion is five times larger than Farmington’s second-largest home. But 50 Cent wasn’t the only of its owners to have financial troubles. After Sisti plead guilty to bankruptcy fraud, People’s Bank bought the home and sold it to Romas Martsinkiavitchous, a Lithuanian import-export business owner, for $2.7 million in 1993. When he faced possible foreclosure and accumulating back property taxes, Martsinkiavitchous hawked it to Mike Tyson for $2.8 million.

Tyson added a lot to the property in order to make it his own. According to The Wall Street Journal, the boxer added an indoor discotheque with a smoke machine and computerized DJ booth that fits 1,000 people, a giant neon “Club TKO” sign, an indoor gym, an indoor shooting range, and a racquetball court, among the many other toys and features that purportedly cost Tyson millions.

As part of a divorce settlement, Tyson’s home was awarded to his now ex-wife Monica Turner, who then sold it to 50 Cent for $4.1 million. The rapper spent an additional $6-10 million renovating the property to his liking, adding an infinity pool, grotto, a movie theater and the aforementioned helicopter pad, according to The Courant.

In a segment with Oprah Winfrey filmed on location in 2012, 50 Cent was confident he wouldn’t have the same financial troubles that plagued Tyson, saying, “Mike [Tyson] earned over $400 million. He sold the property to me when he couldn’t keep it. So it keeps you conscious of it.”

In 2007, the rapper asked $18.5 million for the mansion and its 17 acres. That price was reduced four times, says The Courant, to $10 million by the end of 2010. Since then, it’s been on and off the market several times. Now, it’s once again relisted by Douglas Elliman (for $8.5 million) and seeking a suitable (and preferably, loaded!) buyer. 50 Cent claims that the mansion costs about $67,000 a month to maintain.

Additional features include a green screen room, a recording studio, a conference room, an indoor pool and hot tub, and more, perfect for the next up-and-coming rapper, pro athlete or hot shot CEO. (Financial advice, not included.) 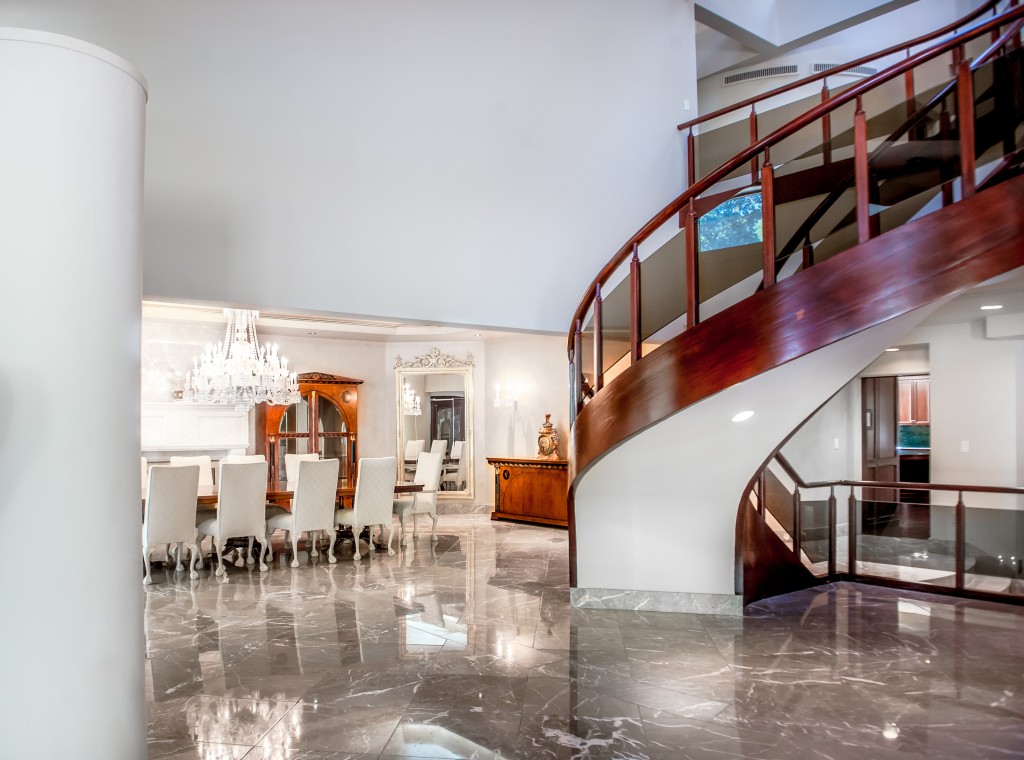 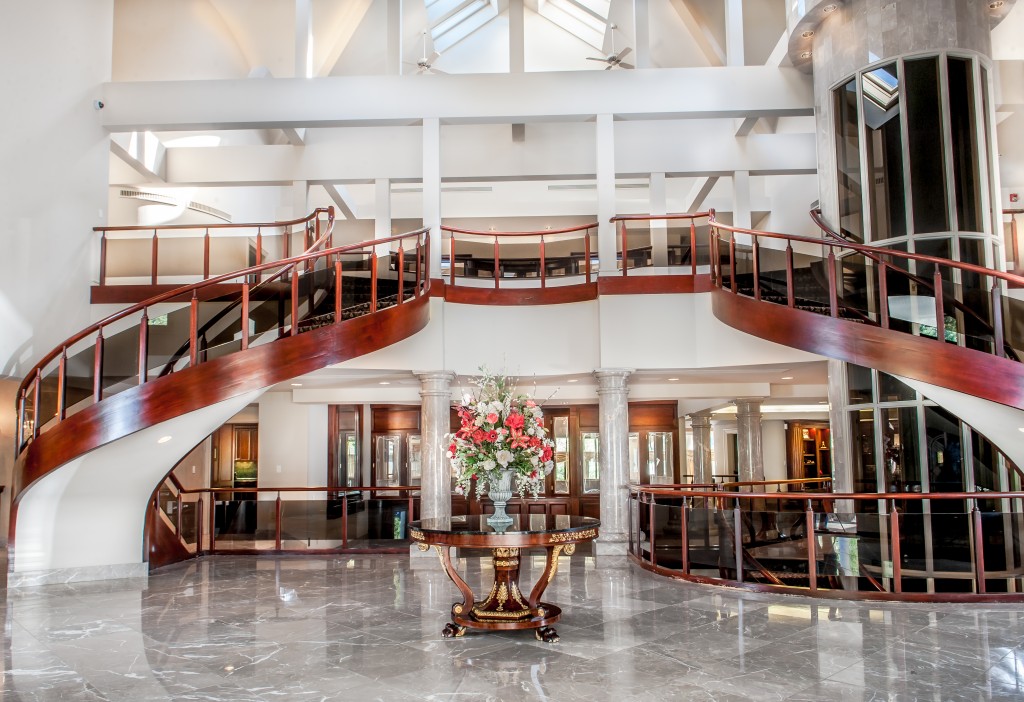 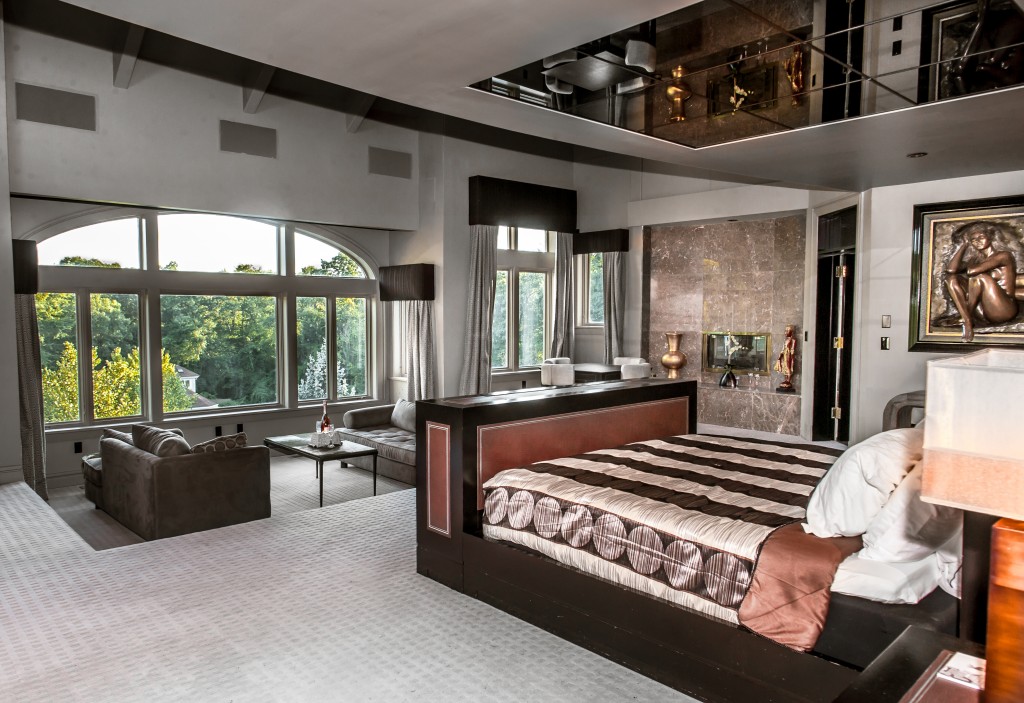 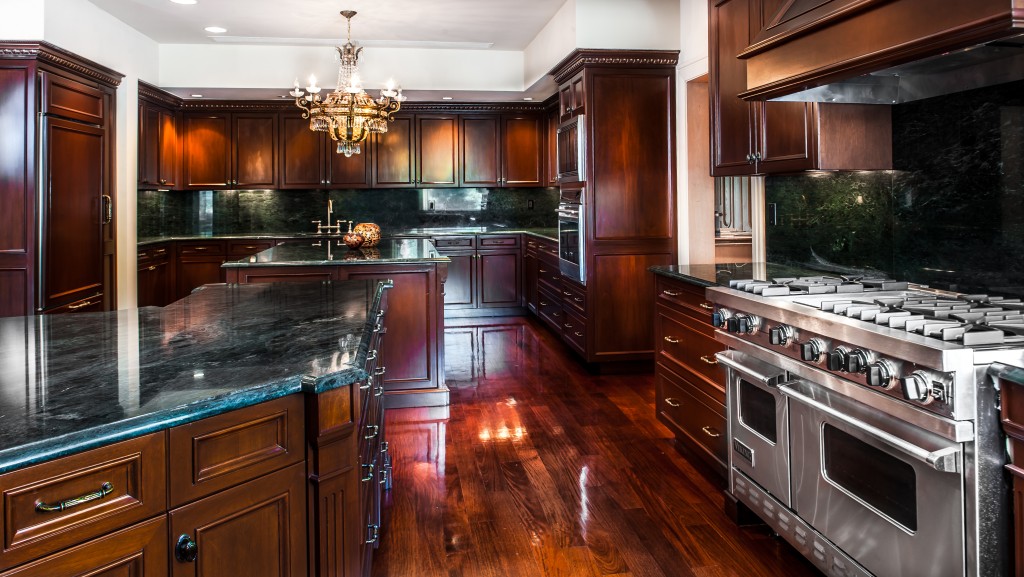 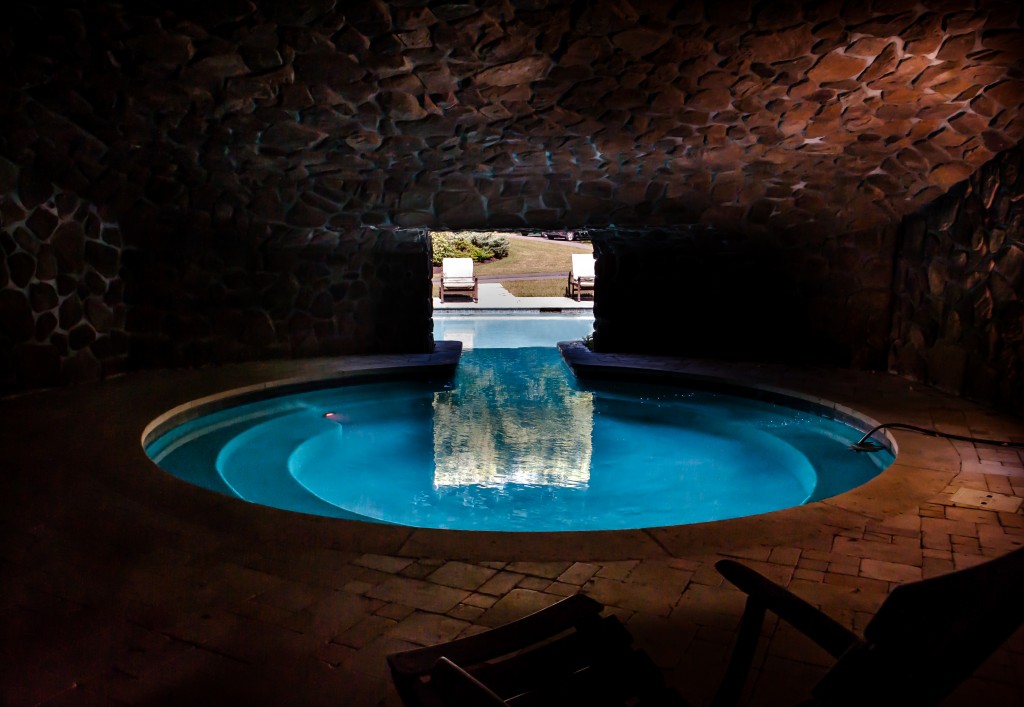 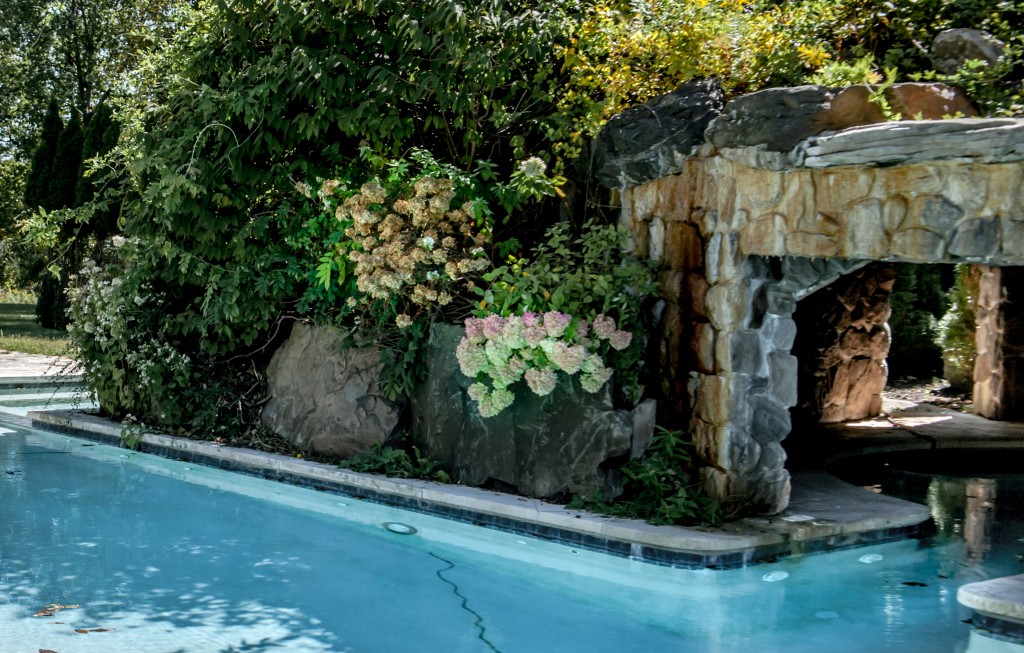 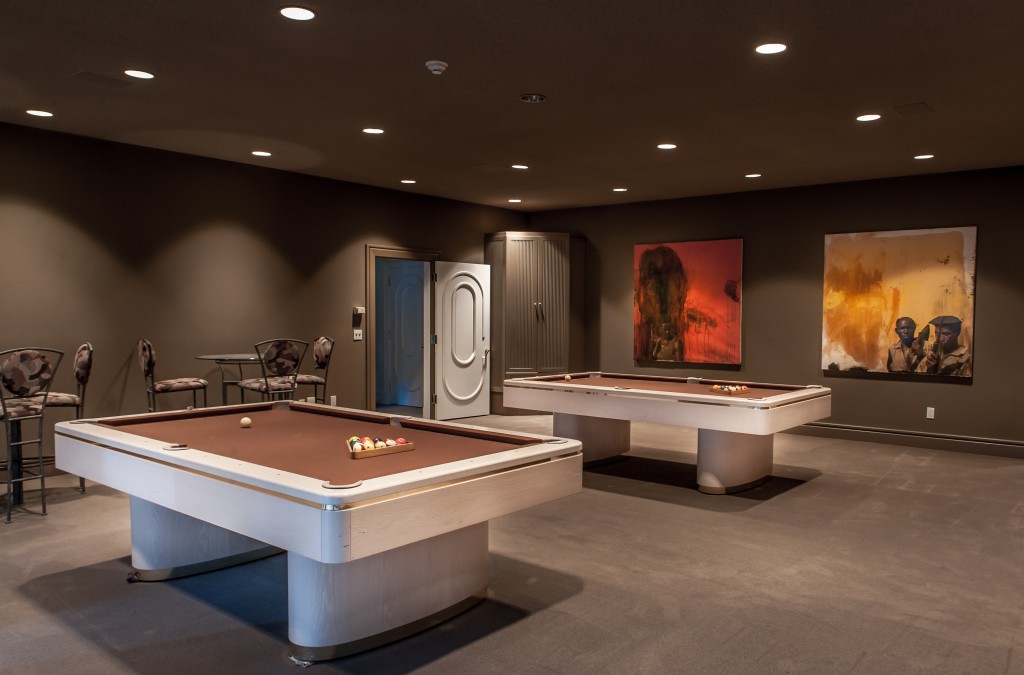 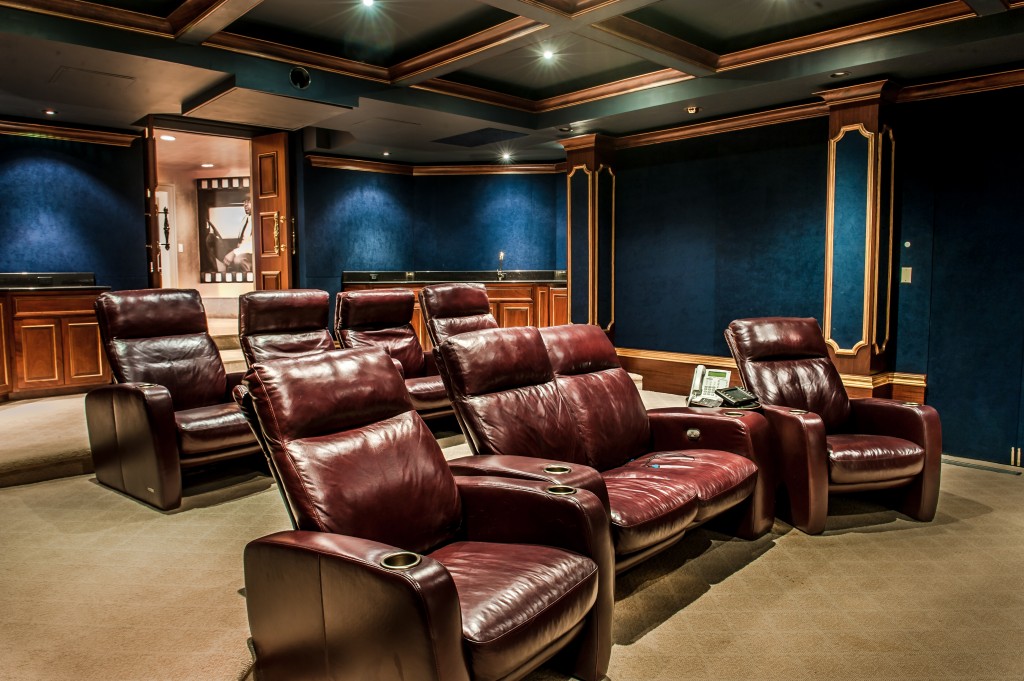 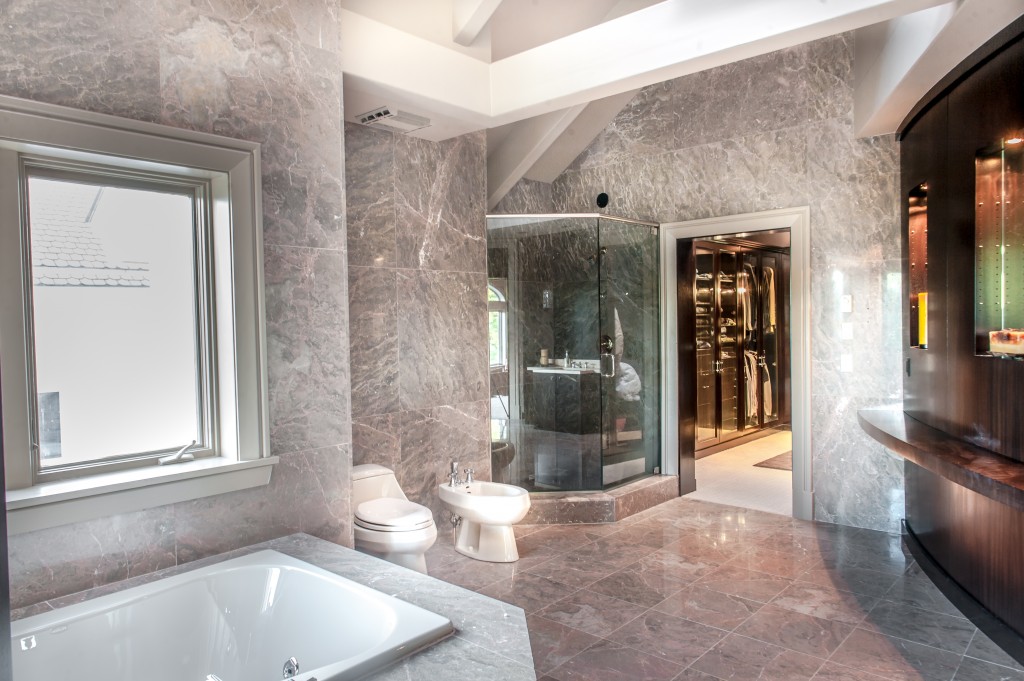 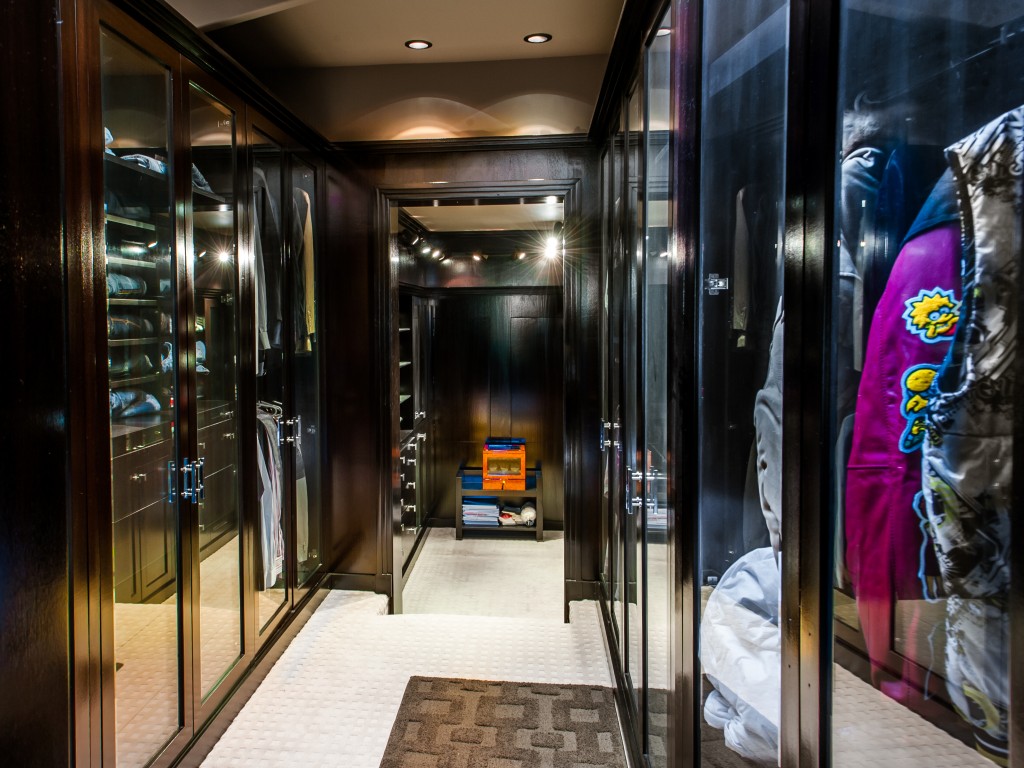