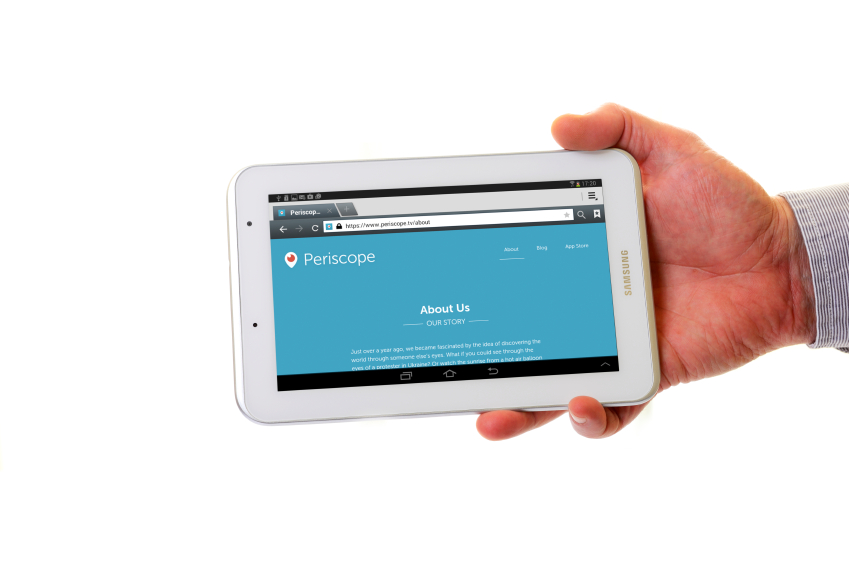 If you’re a real estate agent wanting to target millennials, you need to be active on social media and you need to be tech savvy. Even if you aren’t specifically targeting millennials, an advanced knowledge of technology will help leaps and bounds as you set forth to dominate your local market. Applications like Instagram, Twitter and Snapchat are surefire tools that agents can use to increase their game and reel in those anxious first-time buyers or the timid prospective ones who are still (ugh) waiting on the sidelines. While these apps can provide a snapshot of an agent’s life or listing, there’s a new app in town that allows followers to see far more than just one static perspective. Welcome to Periscope.

After creating their own version called Meerkat, Twitter acquired Periscope, an up-to-the-second live-broadcasting app that is reshaping mobile news and social media as we know it. When the app is opened, users can broadcast a live feed of whatever they’re doing to the Internet. A link of the broadcast is sent out to Twitter followers, and those who decide to check in and watch can live chat throughout. Using Periscope, agents can now market their listings to their entire social following all in one fell walkthrough (errr…swoop!).

For real estate, this is huge! Just imagine the possibilities. Real-time virtual tours and open houses, anyone?

“It allows you to create your own real estate channel,” said Rob Zwemmer, president and team leader of the Zwemmer Realty Group, Luxury Homes by Keller Williams in Indian Wells, Calif. “If you’ve never seen it, you’ve got to log on and try it out. It’s absolutely the coolest interactive app that’s out there.”

As opposed to Instagram or Snapchat, Periscope moves as you move, allowing your sphere of influence to watch you in real time, live and unedited. Since its inception, the savviest of companies have already begun using the app to reach out to younger audiences and rejuvenate their brands. As a crafty, calculated real estate professional, staying on top of social media means more than just updating your Facebook page once a day. It means embracing all of the latest and greatest, and adopting technologies that your buyers and sellers are using every day.

Although Skype and FaceTime also have video broadcasting and conferencing capabilities to a certain degree, Periscope has some additional features that really edge up its cool factor. Users have the ability to only allow access to their broadcasts to certain followers, which could come in handy if your audience is fragmented. In addition, after each broadcast, the video is stored on users’ profiles where followers can go back and re-watch something, or watch a broadcast they missed live. Replays are available for 24 hours starting immediately after a broadcast ends. Users can also save their broadcasts as videos and republish them to other platforms, i.e. YouTube or Facebook, helping you reach as many of your followers, buyers and sellers as possible.

“Periscope is going to be one of the game changers for real estate,” said Zwemmer in the latest of RISMedia’s Agent Webinar Series – and he’s certainly right. If the industry adopts Periscope to its fullest extent, there’s no stopping what agents can do with the latest innovative and powerful social tool. When paired with Facebook targeted ads, for example, or even when used on its own within Twitter’s framework, Periscope can certainly revitalize an agent or brokerage’s mobile marketing strategy.

It may even redefine it.

So tell us – have you toyed around with Periscope yet for your real estate business? Share your stories with us in the comments below!