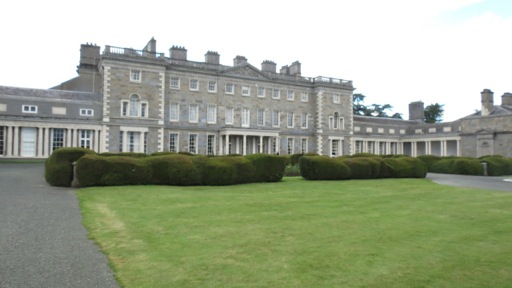 With temperatures in the triple digits here at home in Hollywood, the real estate market has been too hot to handle. No one wants to house hunt in this stifling heat. While driving from listing to listing you hear Steve Carrell on the radio haranguing you to turn the water off when you brush your teeth, and when you finally arrive at your destination you find that the lawn has “gone golden,” and the agent has switched from touting “lush green lawns” to “drought resistant landscaping.”

So the invitation from celebrated designer Grania Murray to attend her Irish Retreat couldn’t have come at a better time. She promised to take us into the homes, studios and palatial estates of some of Ireland’s most prominent historical landowners, as well as the Emerald Isle’s best modern craftsmen, artists and designers. It took me about 30 seconds to decide to tell her to “Sign me up!”

Anyone can go to Ireland and see churches and castles and kiss the Blarney stone, but you have to join forces with a true Irish insider like Grania to actually go behind closed doors to see how Ireland’s aesthetically gifted live. And with the dollar so strong against the Euro and the Irish people being so welcoming, you can’t help but wonder what it would be like to live there, and perhaps to have a little Irish pied-à-terre to call your own.

Once there, you start asking yourself, which lifestyle would you chose? In central Dublin, you would likely go for one of the arresting Georgian townhouses. Many of them were built by 18th century property developers, and have been meticulously restored and designed. Most of the lower floors hold professional offices of attorneys, accounting firms, etc., and the upper floors are the residences of the business owners themselves.

Such is the case with internationally acclaimed fashion icon Louise Kennedy, who has designed for royals, politicians and movie stars. She’s actually appeared on an Irish postage stamp. The basement of her exquisitely designed Georgian mansion houses her business offices, the first and second floor are design showrooms for her fabulous fashions, and she lives on the top floor, taking the definition of working from home to a whole new level.

There are many ways to get a feel for the area without actually buying or renting there, however. You could spend several days in the elegant, centrally located Merrion Hotel, which has one of the largest private art collections outside of Ireland’s National Museum, and an exquisite afternoon art tea, not to mention lovely gardens where weddings and other family events are frequently hosted. You must get a glimpse of an Irish wedding while you’re in country, by the way—the fashions and the hats will make you swoon.

Of course the vast majority of the Irish reside outside the city, and I was stunned to see that plebeians like myself could actually live like aristocracy here. Great estates such as Russbourough House, a Palladian style mansion in County Wicklow built between 1741 and 1755, may be open to the public for tours of its period treasures, but you can also rent an entire wing as a private residence, for that unique Downton Abbey-esque experience. 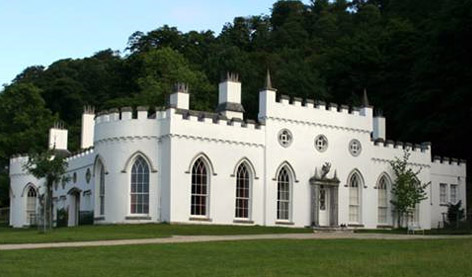 Or, if you’re really feeling special, you could have a stay in Luggala, as all the celebs do, from Michael Jackson to Bono. Also known as the Guinness Estate because it’s been in the brewing family for years, it features thousands of acres of green rolling hills and mountains, with frolicking deer and an amber Guinness-colored lake, so tinted by the water that flows into it from surrounding pete bogs. Grania arranged a cocktail reception for us in the lodge, or castle as some call it, where we were treated to fascinating stories of guests and residents from Garech Browne, the owner and a Guinness descendant. Luggala is one of Ireland’s most popular Hollywood production spots, as Braveheart, Excalibur, P.S. I Love You, and the History Channel’s Vikings have all been shot there.

You can also get a true taste of upper crust life in Ireland by staying at any of the grand estates that have been cunningly converted into resorts and country clubs, without sacrificing their historical charm. Perhaps the most prominent of these is the Powerscourt Estate, which not only has a four-star hotel, a spa, two golf courses and a Gordon Ramsey fashioned restaurant on the premises, but an extensive garden not unlike those at the Huntington Library, an arts and crafts shopping area, and Ireland’s tallest waterfall. 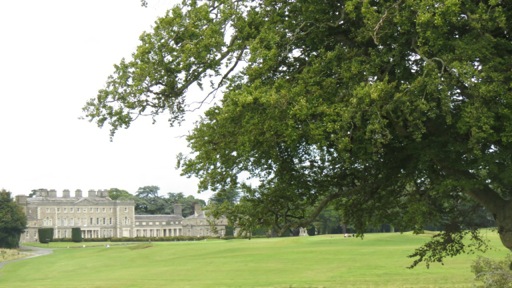 County Kildare’s Carton House is another stunning estate with championship golf courses, spa and world class restaurants, traversed by walking paths that can easily take you from village to village, or past the property’s lovely River House, Shell House and Folly. I stayed in the historical Sir Edward suite, which was comprised of a living room, dining room and spacious bedroom, all with fireplaces, as well as two bathrooms. Poshest accommodations I’ve ever had.

Most of what I’ve mentioned so far is for visitors. What would a domestic lifestyle be like for those who make the ultimate commitment and actually invest in real estate in Ireland? Well, it’s almost as varied as it is in the U.S., but I found two private residences particularly appealing. Grania, the designer who created this tour, rents a fabulous flat in downtown Los Angeles, but owns a 1,000 square foot “apartment” in a seaside village, just 20 minutes by DART (Dublin Area Rapid Transit) from the city. When she’s not there, she offsets the expense by renting a room out on AirBnB.com for $150 per night. Two bedroom apartments in her building are currently selling for 500,000 euro, and there’s a penthouse available for 1,395,000 euro. 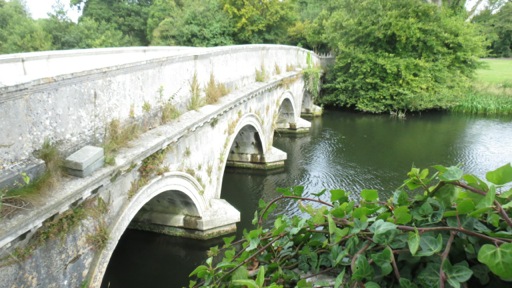 But it’s the country life in Ireland that appeals to me most. My friends Pat and Marie O’Mahoney were kind enough to invite me into their contemporary four bedroom home in the village of Leixlip, County Kildare, which, like all good Irish villages, has its own castle and a number of manor houses. Private residences in this upscale area are scarce, but are currently available from about $300,000 to $600,000. But I couldn’t help but feel their home was priceless, as I sat in this engaging couple’s warm and cozy kitchen, sipping Marie’s superlative Irish coffee and gazing out at their lush and verdant garden that is only possible in lands with ample rainfall, on my last night on the Emerald Isle. If only I could trade them a week of our sunshine for a sky-full of their rain… Ah well. Time to go home.