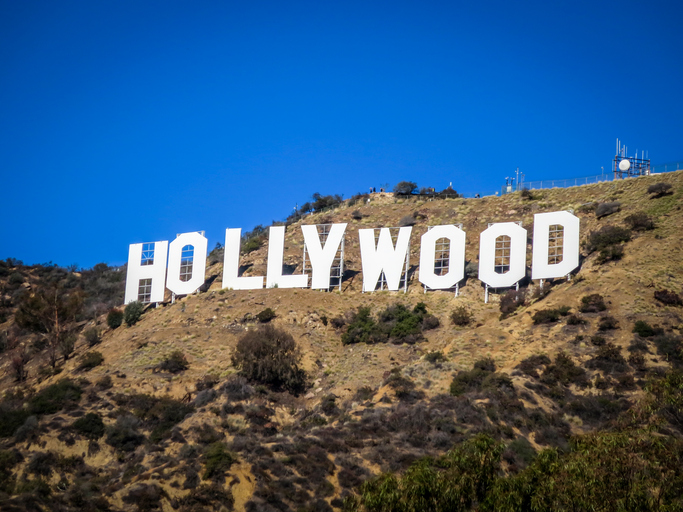 Regardless of the ever-changing market, there is one kind of buyer who is always on the prowl for new toys and the latest and greatest status symbols; one who is ready to go with copious cash in hand and a hunger to expand his or her portfolio. When it comes to real estate, these buyers are in a league of their own. Welcome to the world of celebrity real estate! A land where real estate is always on fire, where typical make-or-break factors like mortgage rates, inventory and inspections are rarely problematic. It’s a market full of swank palaces, delicious waterfronts and a true luxury market where, for many buyers, the sky’s the limit. 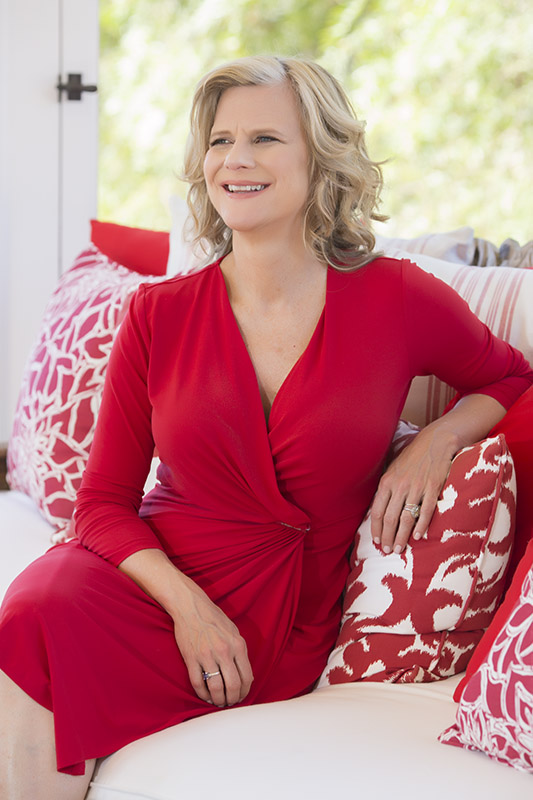 To get a true snapshot of what this unique, high-end market is like, we spoke to Lisa Johnson Mandell, HGTV’s Los Angeles Correspondent covering Hollywood’s most coveted celebrity homes. According to her, celebrities these days are eating up Mid-century Modern architecture and design.

“It’s huge out here,” she says. “It’s a very easy style to adapt to when re-doing a house. You can strip it down, it’s neat, clean, clutter-free – it’s really hot right now.”

While different neighborhoods in LA are cooling off, others are picking up. What’s really heating up lately is Los Feliz, which according to Johnson Mandell is “even hotter by the second.” Los Feliz was originally home to many of the greats including Charlie Chaplin and Mary Pickford, but has since been appealing slightly more to the middle class, with loads of bungalows popping up and quickly being snatched up and redone.

Though (slightly) less may be more in Los Feliz, that certainly isn’t the case in other parts of this lavish area of coastal California. Take Hacienda De La Paz, for example, with its 51,000 square feet of living space, located in the exclusive gated city of Rolling Hills. An estate 17 years in the making, the home has its own marble-walled ballroom and a 10,000 square foot Turkish bath (or hammam), with hand-crafted ceilings and 24-carat gold-plated tiling. You have to see it to believe it. 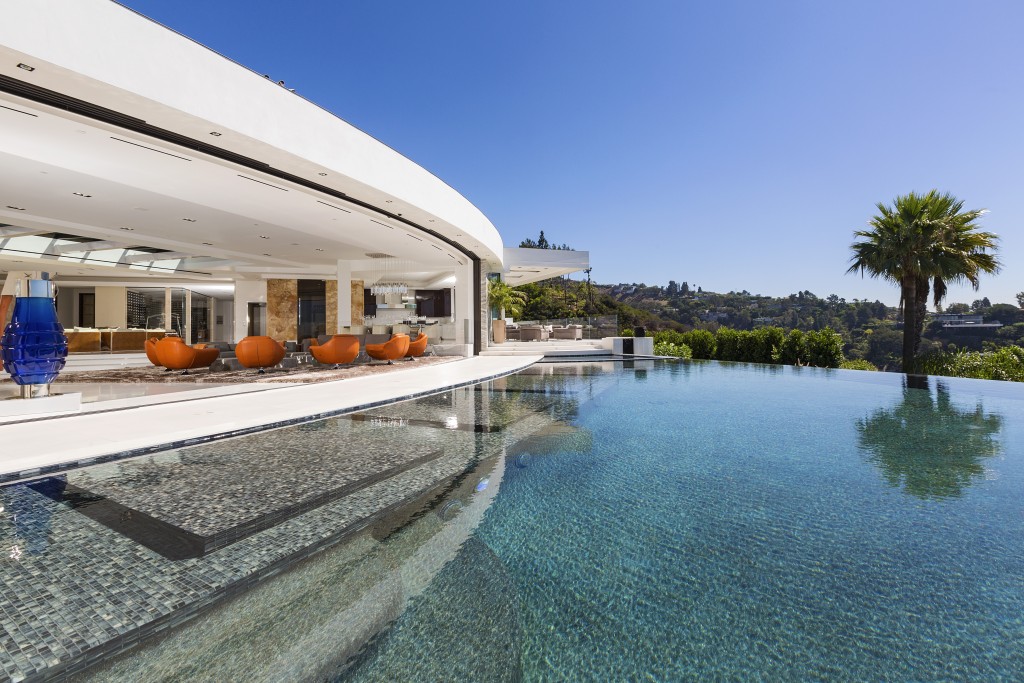 Or how about the Beverly Hills home of Notch (aka, Markus Persson, Minecraft creator)? It took $70 million to outbid Beyoncé and Jay Z, but Notch secured himself 23,000 square feet, 15 baths, 8 bedrooms and 5 different bars, including a tequila bar, vodka bar and a candy bar. The real jaw-dropper? It has a car showroom that doubles as party central: it can showcase Maseratis or Ferraris on rotating display turntables that could also be used as dance floors. (Basically, it’s a home most of us can only dream about...or see on TV!)

What’s missing in these two homes that seemingly have everything? Their very own vineyards, which Johnson Mandell says have become quite the commodity for many of the west coast’s luxury and celebrity buyers.

“Everybody wants a vineyard these days,” she says. “The bigger and better the wine-making facilities, the more prestigious your house is.”

If agriculture is your thing, an olive grove with olive oil pressing facilities are also very in. “They’re super ‘status symbol’ right now,” she says. 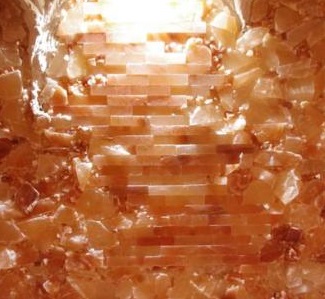 lists: spa rooms with pink salt walls, which Johnson Mandell says is “a really big deal” in the LA market. Himalayan pink salt helps purify air which can relieve respiratory conditions and seasonal allergies. They can also naturally cleanse the air in a room without risks of synthetic purification methods.

Ritzy amenities aside, the Los Angeles/Hollywood market is truly one of its own; in fact, it remained largely unchanged even throughout the recession, a very trying time for many other markets in the nation.

“During the recession, the houses that were $8 million and above – prices didn’t go down. People who had a lot of money were snapping them up anyway. It wasn’t actually a problem.”

That said, Johnson Mandell noted that celebrities with homes valued under $5 million did take somewhat of a beating. Today, however, there are plenty of homes in that price range and it’s currently a quite healthy market.

“The challenge out here is finding the cool pocket listings that don’t go in the MLS. People like Ellen DeGeneres and Leonardo DiCaprio – celebrities who buy and sell a lot of homes – those are the ones they’re looking for.” 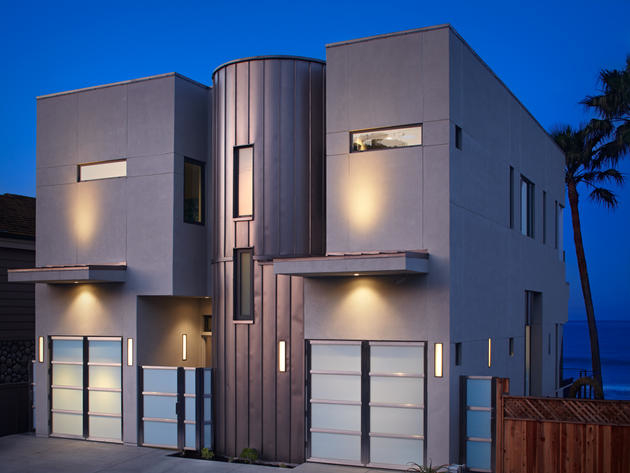 Breaking Bad star Bryan Cranston has also been busy in real estate. He built a beach house on the Ventura County coast that is totally green and uses all sustainable materials. Cranston tore down the old property on the land to make way for his new pad that is run via solar and wind energy. Even the treatment on the walls is green and malleable – nicks or scratches can be massaged out of it. It just may be the future of celebrity real estate. Learn more about his unique and futuristic home here.

Kim Kardashian and Kanye West recently purchased a home in Hidden Hills. With two pools, a master suite and a vineyard in the front yard, the home could easily host a 500 person fundraiser, and that’s including parking all the cars on the property, says Johnson Mandell. The home boasts incredible landscaping and an aesthetically pleasing property but had one exception when the couple moved in: an ugly shack of a home on a hill overlooking their backyard, which the couple bought for an additional $3 million. “In any other market, the sellers wouldn’t even have gotten $300,000. They could’ve sold it earlier, but they were waiting for something big – they were crazy smart,” she says.

Scarlett Johansson snatched up a new estate in Los Feliz. “She was really smart to buy in that area. She’s had some mishaps with her real estate, but she got a relatively good price on that house,” says Johnson Mandell. The $3.88 million home is a traditional Spanish Colonial style that's on a good chunk of land and extremely private thanks to its walls and hedges. It’s at the end of a cul-de-sac and accentuated with lots of mature foliage. With her husband living in Paris and her busy A-list schedule, Johansson doesn’t have a money pit, but rather this manageable 3,500 square foot crib.

For a mere $13 million, Rihanna's rental on a gated and private Pacific Palisades knoll has recently come back on the market after being on again, off again. It's estimated that the eight-time Grammy winner was willing to fork over $65,000 to $100,000 per month for the privilege of living there for an undisclosed amount of time. It's sleek, sexy and super clean, with seven bedrooms and nine bathrooms in 11,000 square feet of living space connected by an elevator.