First come the hipsters, then the middle class and finally the Michelin-star gastropubs. These are just some of the trademarks of gentrification according to Tranio, a trend that can be very profitable for local property markets but only if you can figure out when it will happen. As a general rule, property price growth varies within a city. While some markets can double in a few years, others can actually lose value during the same time.

This urban renewal process turns deteriorating neighborhoods into new affluent districts where property prices rise faster than vintage pop-up stores can open. While the lower-income residents are gradually forced out, they are rapidly replaced by the trend-setting urban elite. 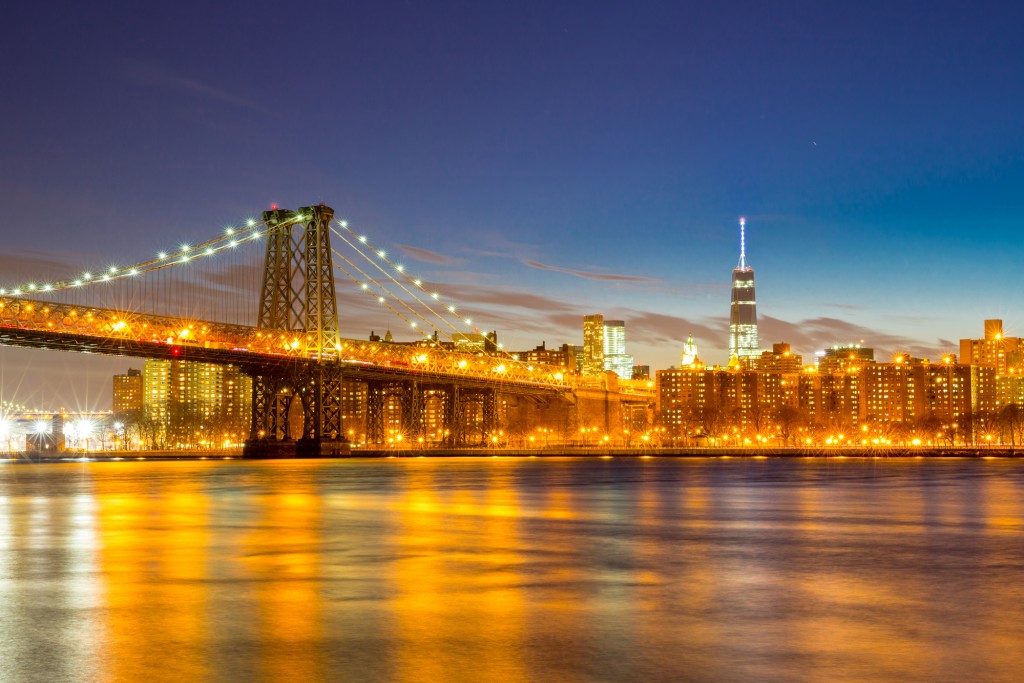 A classic example of gentrification is the development of Williamsburg, a New York neighborhood in Brooklyn. Williamsburg, a 19th century shipyard and industrial zone, is now one of New York’s most expensive and upmarket property markets. Real estate price growth between 2001 and 2015 was so strong that it even overtook Manhattan. The gentrification process rapidly extended beyond this small neighborhood to much of Brooklyn: a process now known as the "Williamsburg effect." Once an influential cultural hub (nicknamed “Little Berlin) for music and art in the 2000’s, Williamsburg is now considered a “mainstream Mecca favored by New York City’s elite” according to Daily Mail journalist, Simon Cable.

Five neighborhoods of Brooklyn have demonstrated stronger price growth than Manhattan and New York City as a whole over the last 15 years. However Brooklyn is home to over 60 different neighborhoods, which explains the price growth difference (see chart below). It also leaves room for the process of gentrification to continue. 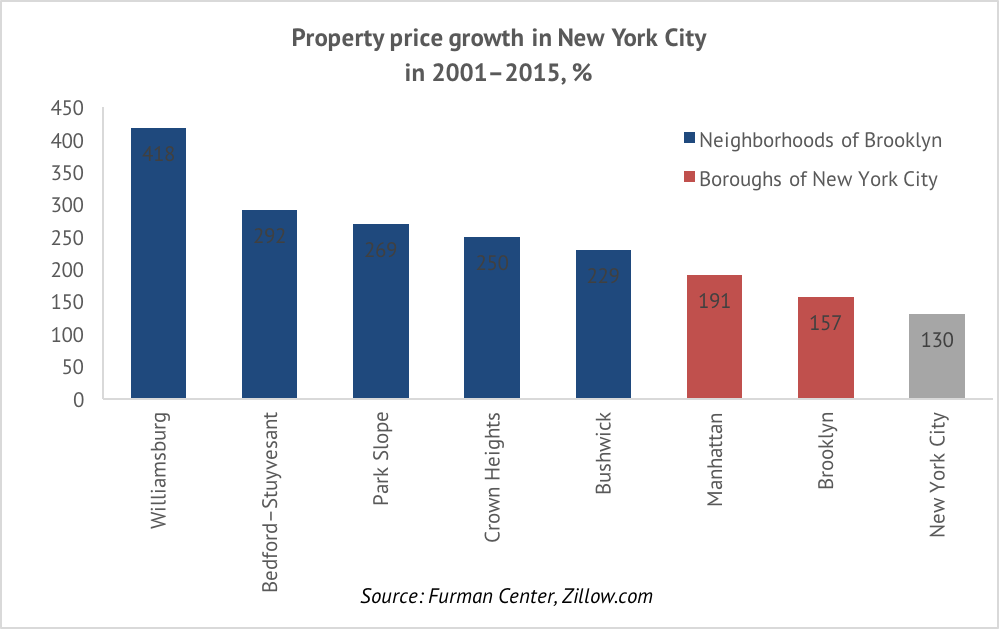 Certain factors are precursors to gentrification and thus, price growth. If you want to find yourself the next Williamsburg, look out for the following: 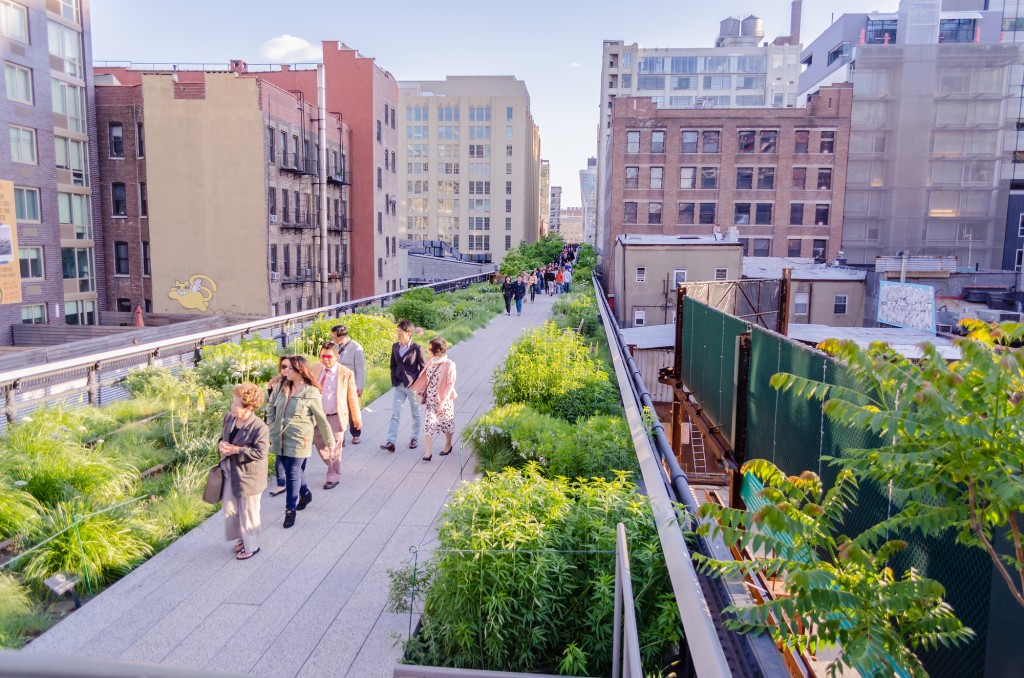 Where next: think Bronx, not Brooklyn

Much of New York has already been gentrified but there are still a few neighborhoods with potential. One could suggest “Bay Ridge” in Brooklyn where property prices are approximately 15 percent lower than the borough average, but also rents are growing at 3 percent under inflation according to Business Insider, which detracts from investment potential.

In Brooklyn, "a resident would need to devote 98 percent of the median income to afford the payment on a median-priced home of $615,000,” reported Bloomberg news agency.

Located on the outskirts of Brooklyn means that Bay Ridge will no doubt be a late bloomer in terms of gentrification, possibly a mid-term prospect. In the meantime, Brooklyn may be associated with a hipster image, but it was actually declared the most unaffordable housing market in the U.S. in 2015. 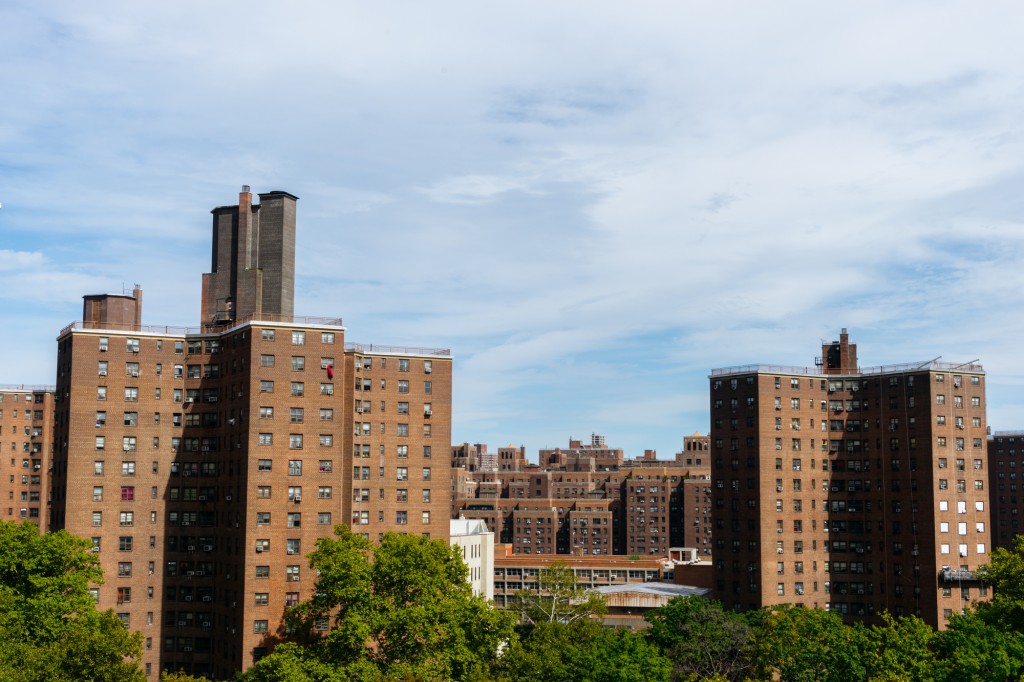 Brooklyn prices have gone through the roof but it’s still being gentrified. Source: Depositphotos Author Ulu_bird

The South Bronx, bordering on Manhattan, has potential. Prices there are lower than in New York, and the authorities plan to develop commercial and residential areas that will boost quality of life in the neighborhood.

Queens is a cheaper option compared to Brooklyn, and with new hotels, parks and shopping malls popping up around Jackson Heights and Jamaica, prices are also rising. Local media puts the Ridgewood neighborhood as first in line for gentrification, mainly thanks to good public transport links and easy access. It borders on Brooklyn’s Bushwick neighborhood where prices have already increased considerably, and should therefore benefit from the Williamsburg effect extending outside of its native borough.

Gentrification is not an easy process to predict, but is largely defined by proximity to the center, transport access and amenities. While Bay Ridge in Brooklyn is a no-go for the moment, the rapid growth of new technologies and new attitudes to work will no doubt see it prosper in coming decades. In America last year, companies with up to 50 employees were doing the most hiring, and often these businesses have a highly flexible approach to office-based work. Experts believe that in the next 20 years, there will be far more distance workers and freelancers who will be free to choose the best property for their budget and lifestyle, rather than proximity to major business districts.