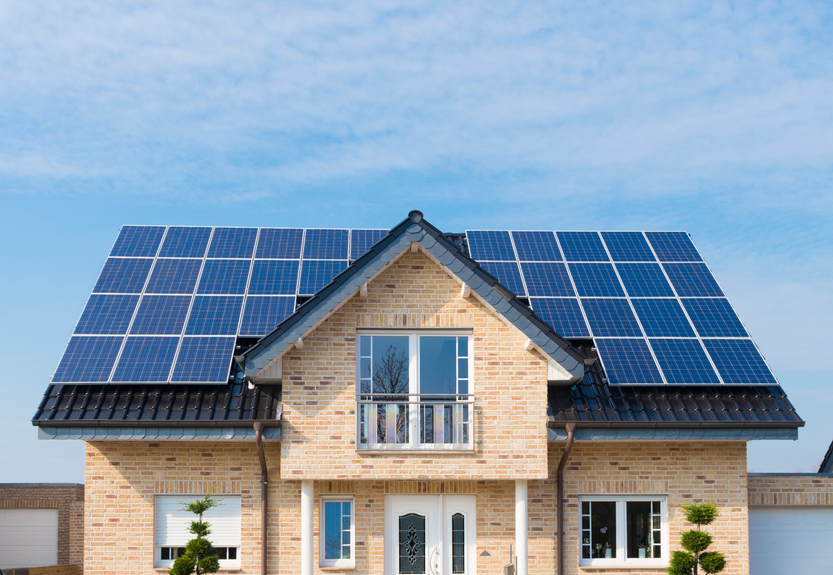 A solar power system is appealing to a lot of homeowners for obvious reasons. Environmentally friendly, lowered electricity costs and a more energy efficient home, solar panels have a lot of pluses to them. But, although they have become more affordable in recent years, solar panel systems remain a considerable expense for the average homeowner.

If you are considering a solar panel system, knowing the costs involved will certainly help in your decision making. Keep in mind however if you plan on moving in the near future it might not make sense from an investment standpoint.

One of the questions homeowners often ask is do solar panels increase the value of a home? The answer to this question depends on a lot of factors. If you ask the solar companies, they will give you a cut and dry answer that yes, they will increase the value. Sorry, not so fast! Try putting a solar system on the front of an upscale home and see what happens to the value and the difficulty in which it will sell.

The following information is based on averages in the U.S., which can give you a rough idea of what solar power systems cost. Of course, your costs will vary based on where you are in the country, the size of your house, etc. Keep the cost of solar panels in mind when deciding if there is a financial benefit to adding them to your home.

Estimating the Electrical Needs of the Home

Solar panels generate electricity, which is measured in kW. Generally, estimates for a home in the U.S. put electricity use at around 1 kW per hour (kWh). The average price for electricity is $0.10 per kWh. Since each month has around 730 hours, the estimate for the average electrical bill for a U.S. home would be $73. Keep in mind that these numbers are an average for the whole country. Electricity in Texas is cheaper than electricity in Hawaii, for instance. There are a lot of factors that could increase or decrease the base amount of electricity used. If you have an 80 inch television that stays on all day, you would use more than the average. If you have no television and cook all your dinners outside on a grill, you would use less.

How Many Panels Do You Need?

The average solar panel can generate around 10 watts/sq. ft. Some panels convert more efficiently, others less. Around a 12 percent conversion rate can be expected from each panel, which works out to about 100 sq. ft. of panels to power a home that uses 1 kWh – if the sun was shining all day and all night, 24-hours a day. Of course, the sun doesn’t shine 24-hours a day, at least in places where most people live. So you need to estimate your panel requirements based on your location.

How Much Do They Cost?

The price of a solar power system will include not only the cost of the panels, but the installation and the electrical system required to prep your home for utilizing the electricity produced. The cost of solar panels is based on watt, with the average ranging from $7 to $9 per watt including installation (the cost can change based on market factors, so find the current price in your area to be sure.) At these prices, a 5 kW system could run between $25,000 and $35,000 – but you will most likely be able to get subsidies for your purchase. There are usually incentives you can get from your utility company or other sources to offset the cost.

If you were to buy a system that cost around $20,000, it could take 20 years for it to pay for itself. When you realize that it can take such a long time to recoup your investment, it is normal to feel a little hesitant. But there is hope for cheaper prices. Many manufacturers are promising cheaper panels that are not only less expensive, but more efficient. If the costs go down, that means less time before you are able to recoup your investment. The cost of electricity could go up as well, which would shrink the timeline for making your money back. Deciding between purchasing and leasing solar panels should also be a consideration.

Is It Worth It?

Choosing to install solar panels is a personal choice that only you can make. There are obvious environmental benefits, which may be a big factor for you. The financial benefits of solar systems are only clear long-term, after you have recouped your investment. Once you know what is important to you, you can choose whether solar panels are truly “worth it.” Just remember, if you think you'll be selling your home soon the return on investment will be minimal. Don't think that if you spend $30,000 on a solar panel system, you will be able to add that to your asking price. Doing so will more than likely cause your home to sit on the market.

Bill Gassett is a nationally recognized real estate leader who has been helping people move in and out of the Metrowest Massachusetts area for the past 29+years. He has been one of the top RE/MAX REALTORS® in New England for the past decade. In 2015, he was the number 5 RE/MAX agent in Massachusetts. Connect with him on Google+.

14 Comments so far. Feel free to join this conversation.