A lot goes into the decision to buy, sell or remodel a home. After all, this is one of the most significant investments of your lifetime, so there are a lot of factors to be weighed and considered...including how happy your pet will be.

Yes, you read that right. In fact, 81 percent of respondents to a recent report from the National Association of REALTORS® (NAR), reported that animal-related considerations play a role in determining their next living situations. In 2016, 61 percent of U.S. households either have a pet or plan to get one in the future, so it stands to reason that our animal companions will play a significant role in our housing decisions for the foreseeable future. 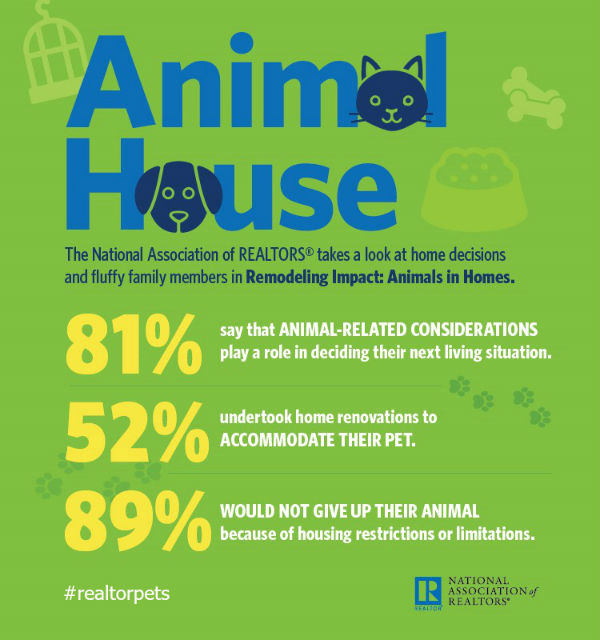 No one knows the relationship between homeowners and their animal friends better than REALTORS®. Those surveyed for the report said that one-third of their pet-owning clients often or very often will refuse to make an offer on a home because it is not ideal for their pet.

Other interesting statistics from the report include: