Call it a household name.

A new analysis from Zillow finds a home owned by a person named Alison or Stuart is likely to be worth roughly two-thirds more than the typical home in the U.S.—for both of them, that equates to over $332,000. The link varies based on location, with some names suited more to one region than others given sociocultural influences.

Ali and Stu are joined by the likes of Anne, Geoffrey, Marina and Peter, to (ahem) name a few, but conventionally female names overtake conventionally male names by a wide margin. The names tied to the most valuable homes also have homes with more living space, generally upwards of 1,550 square feet. 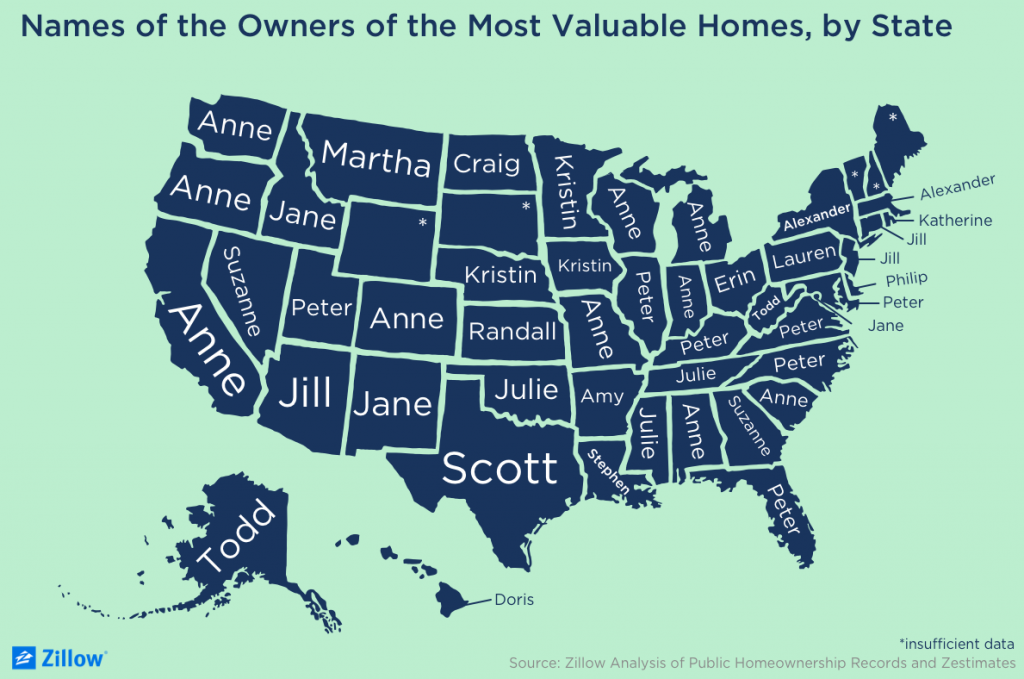 I know what you're thinking—I thought of it, too:

Note: Zillow's got everyone covered with a neat tool matching virtually every name ever given with homeownership-related data. Select yours to see the stats!