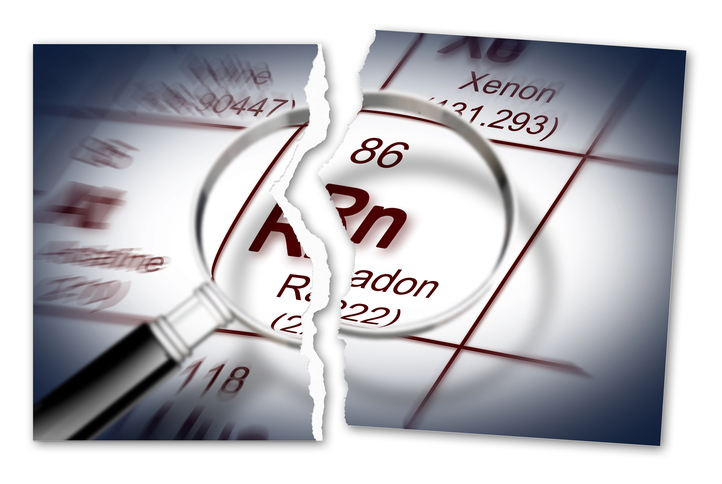 Roughly 57 lung cancer deaths per day are caused by a radioactive, invisible, odorless and tasteless gas lurking in millions of American homes. Fortunately, the presence of that gas can be detected and minimized.

“These deaths are preventable, and as a nation there is an urgent need to take steps to save lives,” Harold Wimmer, president and CEO of the American Lung Association, said in 2016.

Radon comes from the natural breakdown of uranium. The gas seeps into a home from rocks and soil, typically through cracks and other holes in the foundation.

“Radon gas decays into radioactive particles that can get trapped in your lungs when you breathe,” according to the U.S. Environmental Protection Agency (EPA). “As they break down further, these particles release small bursts of energy. This can damage lung tissue and lead to lung cancer over the course of your lifetime.”

The EPA says radon exposure is a preventable health risk, but testing is the only way to detect how much radon is inside your home.

Testing usually starts with a simple at-home kit that costs about $15, according to Kristina Snyder, an assistant with the radon program at Kansas State University. Radon kits are sold by hardware stores, home improvement warehouses, kit manufacturers, county extension services and local health departments, as well as online at sosradon.org.

Generally, the do-it-yourself kits are placed on the lowest level of your home where you and your family spend a significant amount of time, such as a first-floor living room. A DIY test lasts anywhere from two to 90 days, depending on the type of testing device.

The test will measure the level of radon in your home by the number of picocuries per liter (pCi/L). If the pCi/L level is above 4 as determined by lab analysis, the EPA recommends a follow-up test, either a short-term one (two to 90 days) or a long-term one (more than 90 days). The higher the level on the initial short-term test, the more urgent it is that a short-term test should be done as a follow-up, according to the EPA.

A test also can be done by a certified radon-testing professional.

The average level for indoor radon is 1.3 pCi/L, the EPA says. While the presence of even a tiny amount of radon can pose a threat, the EPA sets 4 pCi/L as the point where you definitely should take action to reduce in-home radon. One of every 15 homes in the U.S. has elevated levels of radon, according to the EPA.

If dangerous levels of radon are discovered, a homeowner can have a radon mitigation system installed—for about the same price as a big-screen TV—to decrease the risk of exposure, the American Lung Association says.

According to University of Nevada Cooperative Extension, radon exposure also can be reduced in our homes by:

“Our ultimate goal is to eliminate lung cancer caused by radon, and the best way to do that is to improve the way we protect people indoors,” Wimmer, the American Lung Association leader, said in 2016. “As we work towards implementing national strategies to save lives, we also encourage Americans to take action today to test their own homes.”