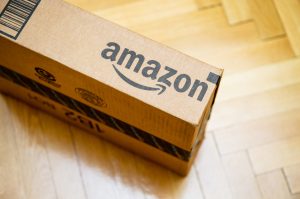 From the Echo to the Kindle, Amazon has a history of unveiling tech devices that, at first, induce emotions of suspicion or outright confusion, but later become household staples. The company's domestic robot project may be yet another example of this.

Codenamed "Vesta," Amazon's latest undertaking has reportedly been in the works for several years. And though we've yet to receive an official company announcement, it's likely—based on leaked information—that these home robots will be mobile, able to perform basic tasks and equipped with artificial intelligence (AI) and voice activation technology.

Also, it's important to differentiate Vesta from Amazon Robotics—a company that develops robots to transport products around warehouses and originated from a company called Kiva Systems, which Amazon acquired in 2012 for $775 million.

If the lack of details and codename weren't enough of a tip-off, the secret project is being closely guarded by Amazon execs. Recently, a spokesperson for the company said that Amazon doesn’t comment on "rumors and speculation."

However, recent job postings for positions like "Software Engineer, Robotics" and "Applied Robotics Scientist" have raised eyebrows. And this intense new interest is what has borne leaks.

According to Bloomberg, individuals briefed on Amazon's plan say the company has hopes of introducing the home robots into employees’ homes by the end of 2018, and potentially with consumers as early as next year.

The idea of robots doing tasks for us in our home has long captured the imaginations of homeowners in the U.S. and around the world; however, to think that we may be just a year away from this reality understandably provokes suspicion.

Recent attempts to bring similar products to the market have been less than satisfactory (e.g., Sony’s robot dog, Aibo, which came with an $1,800 price tag and was discontinued in 2006). However, AI and voice activation technology has come a long way in that time and we may soon be welcoming an Amazon tech product into all of our homes once again.