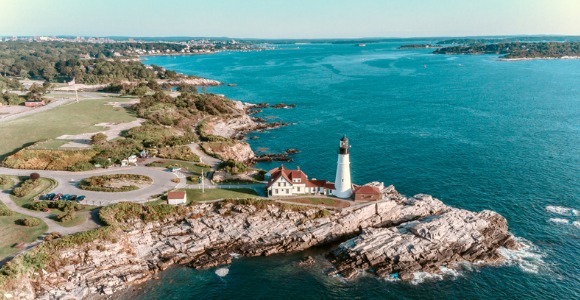 Are you thinking of moving out-of-state? If you answered "yes," there's a good chance you live in the Northeast or Midwest. According to a national study conducted by United Van Lines, nine of the top 10 states with residents moving to other states are located in those regions, with New Jersey and Illinois taking the top two spots.

The annual study—now in its 42nd iteration—tracks the state-to-state migration patterns of United Van Lines customers. The company found that, over the course of 2018, nearly 70 percent of moves in New Jersey were to other states.

On the other end of the spectrum, Vermont had the most inbound moves out of all 50 states. Some 72.6 percent of moves in Vermont were to other locations within the state. The state is also a clear outlier, as seven of the top 10 states with residents moving inbound are located in the West or the South. Here are those 10 states:

As mentioned, New Jersey and Illinois lead the nation in residents moving out-of-state at 66.8 and 65.9 percent, respectively. And Connecticut comes in a close third with 62 percent. Here are the 10 states with the most outbound moves:

Also, the National Movers Study revealed that people are most often moving because of a new job opportunity or due to retirement, which may be a key indicator as to why so many folks are relocating to warmer states in the West and South. Agents, where are most of your out-of-state homebuyers coming from?

33 Comments so far. Feel free to join this conversation.