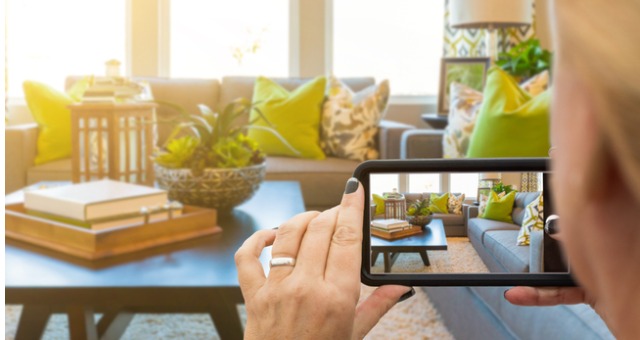 Hashtags are still as important as ever! As more and more millennials become homeowners, there is one app that they're taking to in droves to share their new home designs using different hashtags: Instagram. Currently, there are 91.4 million #interiordesign posts on the app.

When young homeowners redesign spaces inside their residence and share the finished product on Instagram, they often include a hashtag that best describes the new design style they've chosen—whether it be #modernhome, #rusticdecor, #coastalliving or a host of other styles.

Until recently, it hasn't been possible to accurately track which hashtags are most popular state-by-state. However, the data scientists at Angie's List were successful in creating a program that can scrape data from Instagram posts to determine which state they were posted in.

In a recently-released study, Angie's List reveals the most popular interior design style in each state based on Instagram hashtags and location data.

The results? The most popular design style in the U.S. is #coastalliving, with a total of eighteen states using the hashtag more than any other to describe the interior of their home. The below map displays which design style is most popular in each state based on Instagram hashtags: 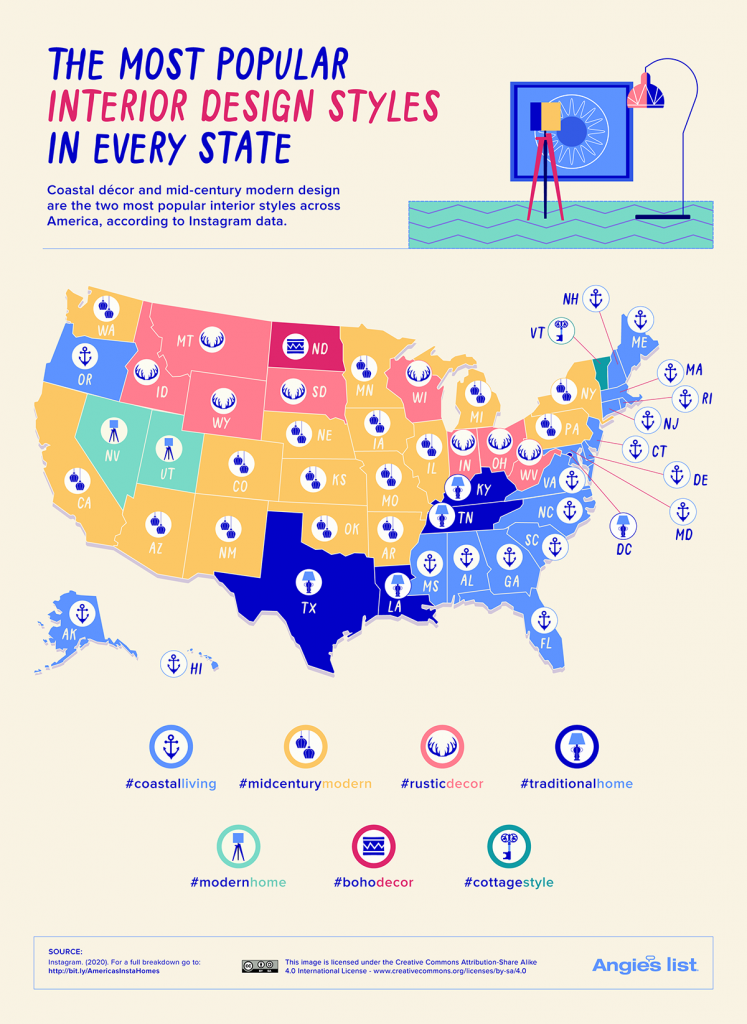 Producing this data was no easy task.

"We looked at almost a million Instagram posts to put together this data," says Boris Silantey, data scientist at Angie's List. "However, only around 30 percent of these posts contained enough information for us to locate them. Most people don't geo-tag or mention where they're from in their posts"

Other interesting findings from the study include the fact that #midcenturymodern is the second-most popular style in the U.S., topping the list in 16 states—including much of the Midwest and West Coast. Also, Californians are the most interior design-obsessed Instagrammers, accounting for over 10,000 uses of hashtags analyzed for the study.

"It took the team by surprise that the most popular design style in the U.S. is #coastalliving,"  Luke Doyle, outreach at Angie's List, tells us. "However, when we looked at the data a little closer, we found that these are all sea-facing states, which makes sense."

To view the study and for a full breakdown of the methodology used by Angie's List, click here.