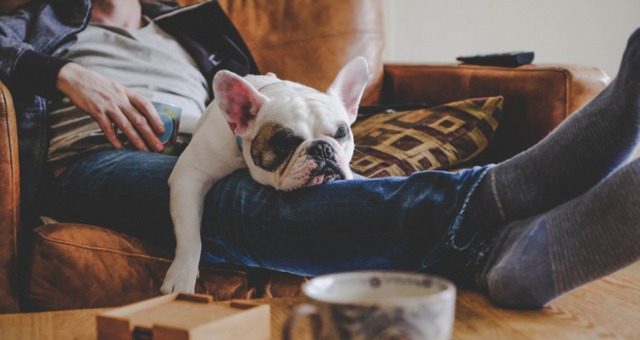 Many things have changed during these incredibly trying times in our country, but one thing that hasn't wavered is homebuyers' love of their pets. According to a recent realtor.com® survey, nearly 95 percent of pet-owning respondents said that their furry companion plays a role in selecting a home.

More than 2,000 buyers who plan on purchasing a home in the next 12 months participated in the survey, which was conducted in March 2020. Of those respondents, 82 percent were pet owners: 61 percent were dog owners, 45 percent were cat owners, 12 percent were fish owners and 9 percent had birds.

Of the respondents, some 84 percent ranked their pets' needs as "extremely important" or "very important" in their home-search (55 and 29 percent, respectively). Less than 5 percent said their animal's needs were unimportant.

These results are very similar to the results of another realtor.com survey that was conducted in August 2018. Other similar statistics include the number of people that would pass on their dream home if it didn't meet their pet's needs. In 2018, 75 percent of respondents said they would pass on that perfect home, while 68 percent responded similarly in this recent survey.

"We believe that a home is so much more than a roof and four walls. It is where family and friends come together and memories are made," said realtor.com Chief Marketing Officer Nate Johnson. "The results of this survey reinforce that our pets are our family and an important part of what makes a house a home."

Age was also tracked in the survey results. Realtor.com found that pets were an important consideration for buyers of all ages: 96 percent of 18- to 34-year-olds, 97 percent of 35- to 54-year-olds and 87 percent of 55+ buyers said that their animal would be at least a "somewhat important" factor during their home search.

To view the full results of realtor.com's survey, click here.