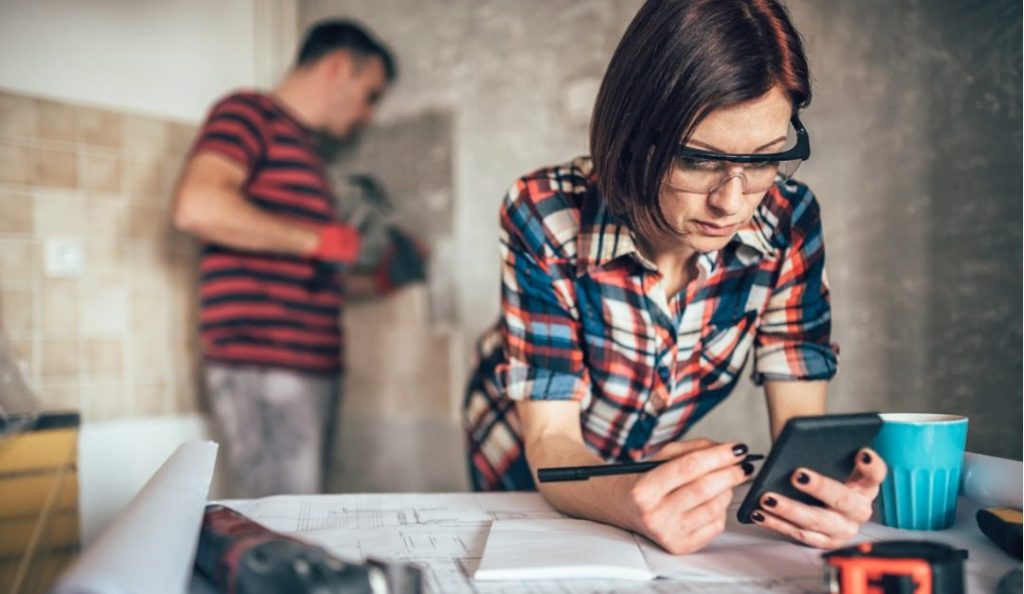 Razor-thin inventory may be straining the housing market, but experts say the ongoing boom in home remodeling may be exacerbating the issue.

“When the pandemic hit in mid-March, and the lockdown began, people were forced to use their homes differently and include a lot of functions that they hadn’t historically been doing out of their homes,” says Kermit Baker, director of the Remodeling Futures Program at the Joint Center for Housing Studies (JCHS) of Harvard University.

As a result, spending on home improvement and repairs grew more than 3%, to nearly $420 billion in 2020, as households modified their living spaces for work, school and leisure, according to a recent JCHS report.

The research center also anticipates the spending on remodeling projects to continue this year, across all of the nation’s largest metropolitan areas.

According to agents struggling to find available homes for clients amid the ongoing lull in available homes, that may pose some unintended consequences in the housing market.

“It definitely is crippling our inventory because once that pendulum has started and [homeowners] are doing a project that may take six months to a year, that’s one less home that is going to be available because they decided to stay there,” says Austin-based agent Kent Redding of Berkshire Hathaway HomeServices Texas Realty.

“It’s a vicious cycle,” says Nina Hollander of Coldwell Banker Realty in Charlotte, North Carolina. “If homeowners are not selling, there is not enough supply for the buyer’s demand. So, if homeowners sit on their houses, they also can’t move up or down to the next house.”

From COVID-influenced regulation to longer wait times to find existing homes, Hollander and Redding agree that homeowners have stayed in place rather than entering the market or listing their homes. According to Hollander, another factor could be that many have taken advantage of record-low mortgage rates and refinanced.

“All of this plays a role in why there isn’t any inventory and why people are looking to improve what they already have based on what they’ve discovered they needed last year,” she says.

Remodeling activity has generally been associated with home sales, but industry observers say various pandemic-induced factors have contributed to the already-strained housing supply.

“This past year in home sales and home construction and home remodeling has been counterintuitive to what anyone could have predicted during a pandemic,” says David Pekel, CEO of the National Association of the Remodeling Industry (NARI).

Part of that had to do with an increase in consumer confidence, Pekel adds. Record-low mortgage rates coupled with additional “personal wealth” from COVID-19 relief packages and unemployment benefits contributed to overwhelming demand in the housing market, he says.

“All of a sudden, millennials who were having a tough time scraping up the down payment found themselves in a perfect storm in a positive sense,” he says. Now they had more cash, conventional interest rates had been at historic lows for quite some time, and now, all of a sudden, the prospect of being able to buy a house became very real—and they did.”

An ongoing wave of 65-and-up homeowners “aging in place” is also factoring in, he adds.

“There is a shortage of 3 million homes based upon historical averages,” Pekel says. “People in their retirement years, who traditionally left their residences to downsize or move to an assisted living community, are staying put. This adds to the strain for available housing units.”

As a result, many prospective buyers found themselves at a crossroads in the market that pushed them to re-evaluate their current homes and how they can remodel them to fit their everyday needs.

“Part of that boom has fed the profits of Home Depot and Lowes because people have had the time to do it,” Pekel says.

“As people started to make these improvements to their homes, they kind of fell back in love with their house, but there were other mitigating circumstances that caused that too,” Pekel says. “We may find when we look at this in the rearview mirror that these were just temporary.”

Many professional remodeling projects came to a halt when the pandemic hit while do-it-yourself (DIY) renovations surged.

“I think it was just sort of a natural instinct for homeowners to dive into the things that need to be done,” Baker says, adding that many DIYers have taken up simpler projects, like converting a bedroom into a home office or learning space.

The type of projects homeowners are taking on may help them skirt potential hang-ups when they decide to sell their homes, so long as they aren’t running into any permitting issues.

Zoning and permitting rules vary nationwide, but some homeowners may be required to get a pre-sale building inspection before putting their home on the market,” according to Pekel.

“Anything that was not done properly with the permit has to be brought up to code, or the house can’t be listed,” Pekel says. “If they chose to fly under the radar, it could eventually catch up to them.”

Not all work needs a permit, according to Pekel. He says projects that don’t affect anything structurally within a home might be acceptable.

“It can get very nuanced not only from state to state but also from county to county and city to city,” he says. “When we talk to DIYers, our guidance is always to check with your local building officials about restrictions first.”

While he predicted the DIY and remodeling activity surge to continue through a good chunk of 2021, Baker says spending will stabilize as things return “back to normal.”

The long-term benefits to the housing market may outweigh the short-term pitfalls, according to Baker.

“Keeping the existing housing stock in shape and structurally sound offers some opportunity for affordable homes to stay in the market rather than drop out as we’ve seen in the past,” he says. “Fixing up and maintaining older, affordable homes seems to be an important trend to keep the housing market as strong as we can.”

While they may not hit the market immediately, the surge in remodeling activity could also be a sign that some homeowners may be preparing for sales down the line, according to Dr. Jessica Lautz, NAR VP of Demographics and Behavioral Insights.

As people have lived in their homes longer than before, Lautz says that many sellers find that they need to upgrade their houses before placing them on the market.

“Buyers’ expectations have increased as they expect homes to look like what they see on TV shows now,” she says. “We have consistently seen from homebuyers that they really do want homes to look nice when they walk into them. If you remodel a home, it’s going to attract consumers and help it get sold faster down the line.”