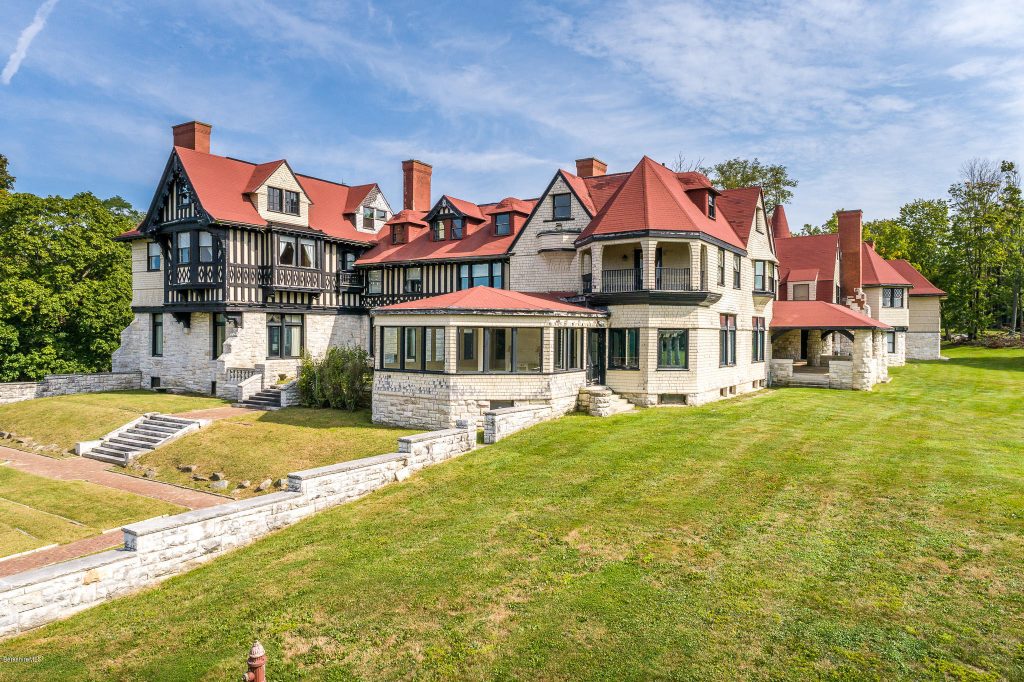 There may no longer be American tycoons like there once were during the Gilded Age—the Vanderbilt family's influence in U.S. culture is a shadow of what it once was—but one thing that has maintained its grandeur through the decades is the magnate's real estate.

Of the many properties that the shipping and railroad tycoon and his family owned through much of the late 1800's into the early 1900's, few have been demolished, yet only a handful are still owned by the Vanderbilt family. Two notable exceptions are the Biltmore Estate in Asheville, N.C., as well as Elm Court Estate in Lenox, Mass.

Elm Court Estate, the largest American Shingle-Style home in the U.S., was designed in 1886 by the architectural firm Peabody & Stearns. The grounds were done by Frederick Law Olmstead, who is well known for developing the field of landscape architecture and who also designed New York City's Central Park.

The property, located in the Berkshires, was built by philanthropist William Douglas Sloane and Emily Vanderbilt, granddaughter of Cornelius. The mansion is similar in style to the Biltmore, albeit less ornate, and has the distinction of being so massive that it technically spans two towns. Historically, it was the meeting site for the Elm Court Talks in 1919, which ultimately led to the creation of the Treaty of Versailles and the League of Nations.

At 55,000 square feet, the home has a jaw-dropping 106 rooms, 46 of which are bedrooms. The property was most recently an inn, which was run by descendants of Emily Vanderbilt and shuttered in 1999. Her family has since taken to renovating the property, so only 13 of the 46 bedrooms are completely redone, as are the main living areas. Original details in the home, such as the intricately-carved-plaster ceiling in the dining room and the herringbone-wood floors, have been preserved.

Other features around the 89 acre property include: a larger butler's house, a gardener's cottage, multiple long greenhouses with one large enough to grow fruit trees, a caretaker's house, a carriage house, as well as a stable and two barns. 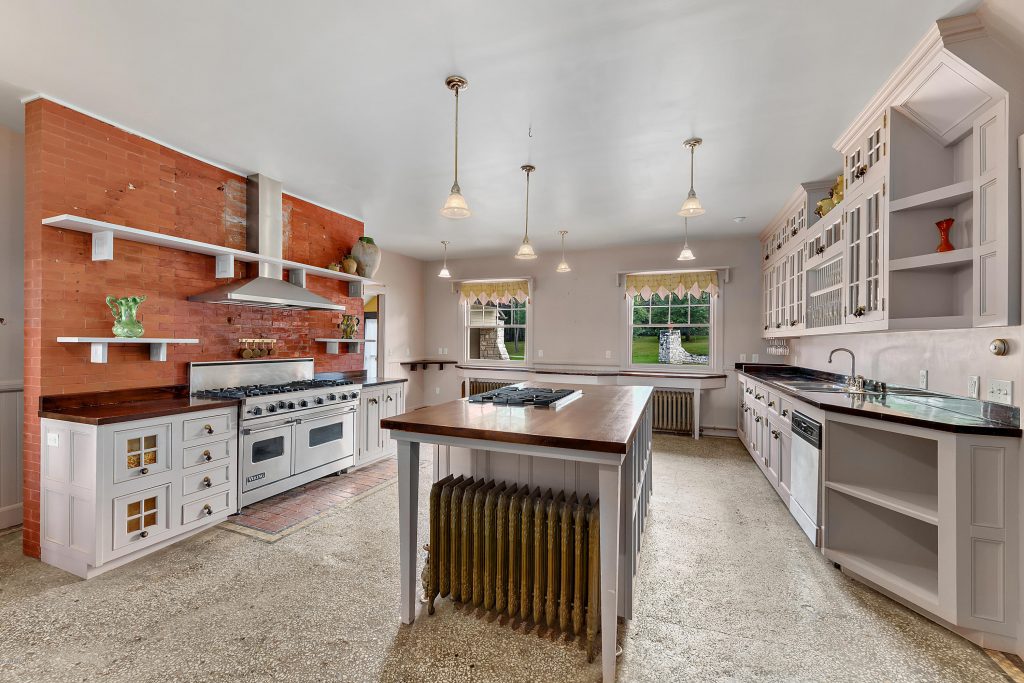 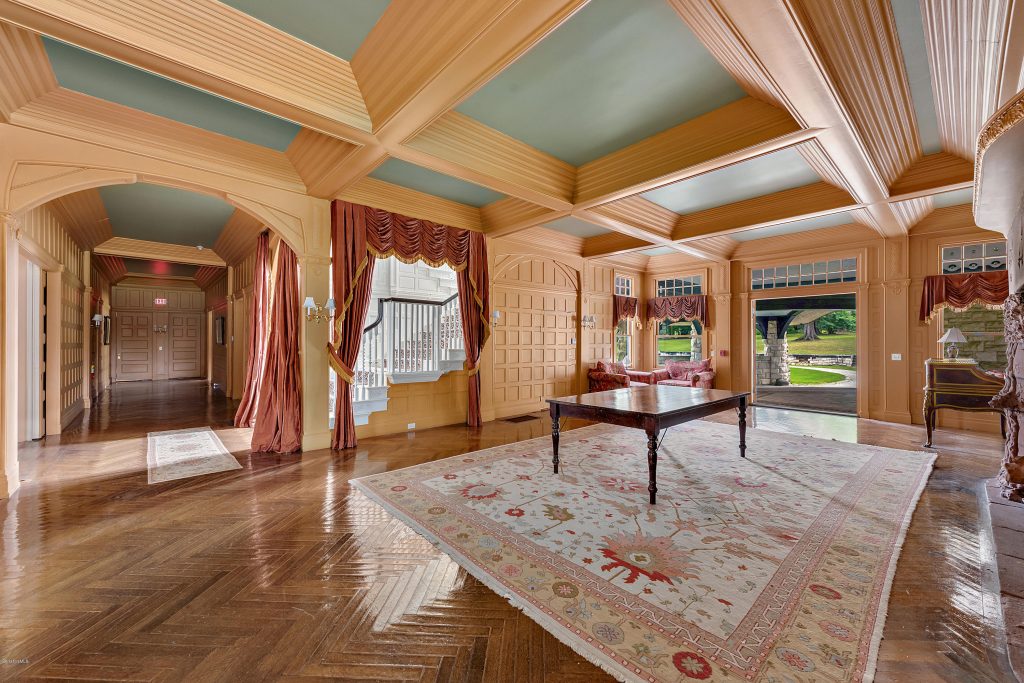 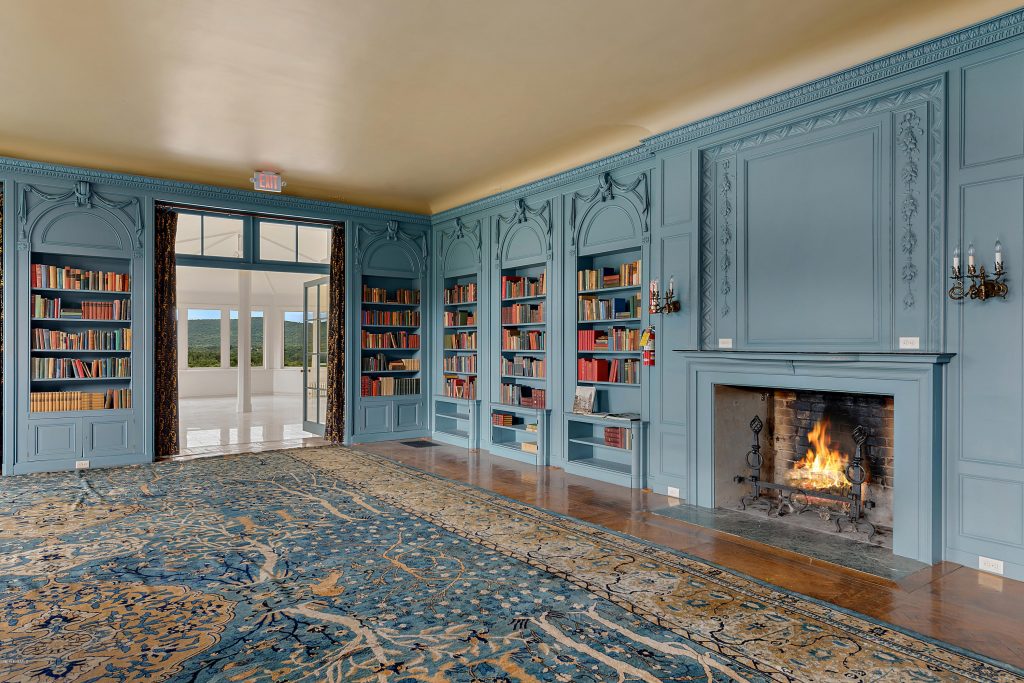 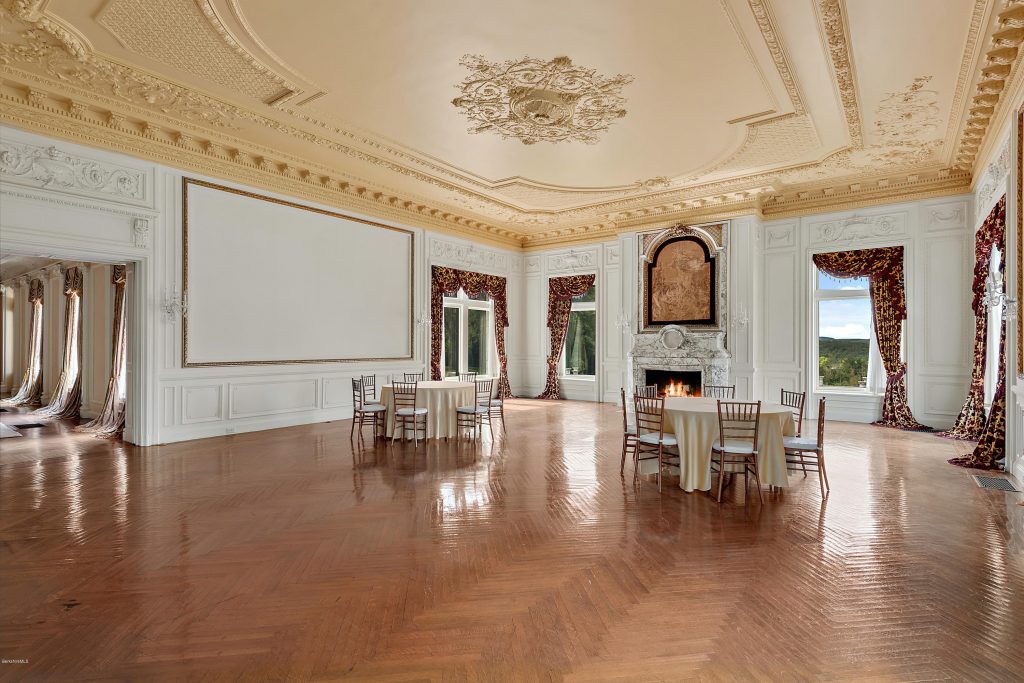