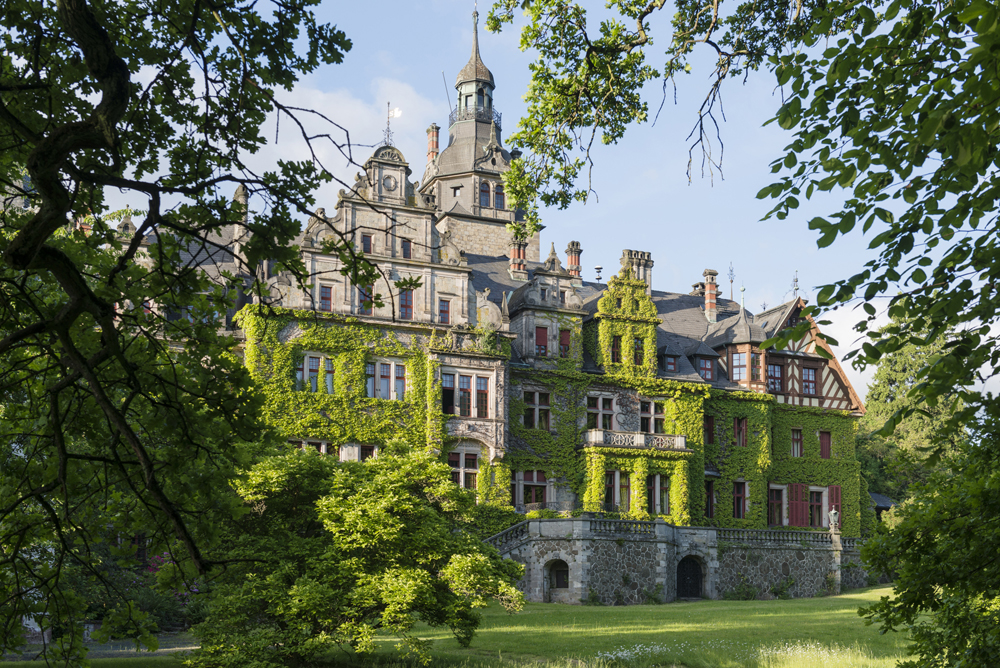 Recently, the stunning Renaissance-style Castle Ramholz, located in the Garman state of Hesse in Germany, was purchased by an affluent overseas investor. Sold by Engel & Völkers and snapped up for an undisclosed amount, this castle is straight out of a fairy tale, with a total of 115 regal rooms (yep, you read that right).

Built between 1893 and 1895, Castle Ramholz is situated within the historic grounds of Ramholz Park, in the Vollmerz quarter of the town of Schlüchtern, around 40 kilometres southwest of Fulda. While that means absolutely nothing to me, I do know that the city of Frankfurt and Frankfurt Airport are just one hour’s drive away from the aristocratic residence.

The stunning estate features a grand ensemble of buildings, including both old and renovated castle wings, an orangery, a former garden nursery, a farm and 15 hectares of landed property.

Both the castle and its park estate are classified as a landmark of important cultural heritage by the heritage protection laws in the German state of Hesse. Rumor has it that the new owner is more than excited to protect the historical heritage of the "Sleeping Beauty" dream pad.