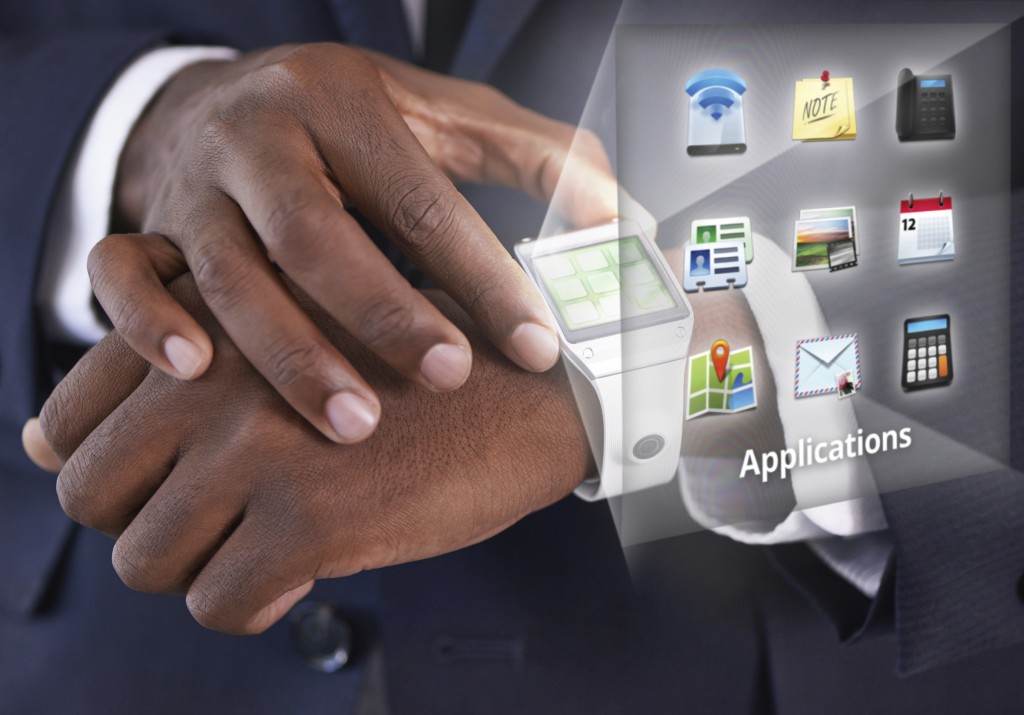 With wearable innovations already on the market (e.g., Samsung Gear, Pebble, Google Glass) and the recently announced Apple Watch hitting shelves next year, wearable tech may become an integral part of our lives much sooner than anticipated. Vogue China recently gave smartwatches its stamp of approval – meaning somewhere in Paris, Karl Lagerfeld is feverishly redesigning his entire collection. I said smartwatch, not swatch!

All that couture buzz won’t trickle down to us mere common folk until much later, but design aside, the smartwatch does have the potential to be incredibly useful for communicating – and no one needs round-the-clock access to correspondence more so than real estate agents.

Unless you’re a fan of stocking up on the latest gadgets, you probably haven’t considered introducing yet another tech solution to your business. The benefit of a smartwatch is that it easily fits in with your existing routine, thanks to the sync feature that connects it to your smartphone. But why on Earth would you want two devices?

Enhanced productivity, for one. Real estate agents are rarely in one place for an extended period of time, spending much of their days out meeting with buyers and sellers. With a smartwatch, you can effectively screen calls, texts and emails without disrupting an appointment, deciding on the spot whether a message warrants an immediate response.

Though the device is on your wrist, tech etiquette still applies. Jon Kolsky of Kolsky Group/Spellens Realty in Long Beach, Calif., uses a Samsung Smartwatch to simplify tasks, but he cautions against using it with clients present. “The smartwatch is awesome for multitasking in my office, but I won’t answer it in a meeting,” the agent and avid watch collector says.

Smartwatches are also a worthwhile upgrade if you frequently find yourself with low battery and no power source. According to Pebble, one charge keeps your watch ticking for up to seven days. Instead of fumbling with your laptop, tablet or phone charger, use your smartwatch to pull up property specs quickly during a showing.

Smartwatches have health benefits, too. Aside from monitoring your physical health, use your watch to manage real estate-related stress. With a calendar (and soon, a heap of other apps) available to keep you on track, you’ll never miss another appointment. And, if it’s always on your wrist, you won’t be concerned about losing it.

Suzanne De Vita is RISMedia’s Online Associate Editor and social butterfly. She’s not nearly as accomplished as Lagerfeld’s cat, who has her own Wikipedia page, book and makeup line.