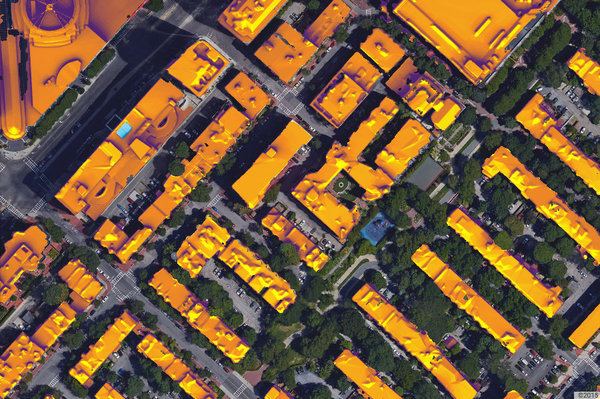 Just Google it. A new tool we never knew we needed has just rolled out from deep within the goat-maintained Googleplex. Project Sunroof, engineered by East Coast Googler Carl Elkin, proves to solar-skeptical homeowners that solar power is attainable, affordable and practical. And who wouldn’t trust the all-knowing Google?

The concept: plug in your address and the big G estimates how much you could save by going solar, with the help of a few self-set indicators. The tool also generates the amount of roof space available to accommodate solar panels and the hours your roof soaks up sun each year, taking into account factors like sun positions, local climate, roof orientation and surrounding shade. It’s basically Google Earth, but more sunshine-y.

Project Sunroof was born out of Google’s “20%” policy, which encourages employees like Elkin to spend 20 percent of their time on side projects, presumably to make Google more awesome. (If you’re counting, that’s one day out of a five-day work week.) Still in its test phase, the tool currently maps homes in the Boston metro area, the San Francisco Bay area and Fresno, Calif.

The launch of the project comes on the heels of a White House effort to “scale up” solar for low- and moderate-income households. The Department of Energy approximates more than half a million homes nationwide are powered by solar.