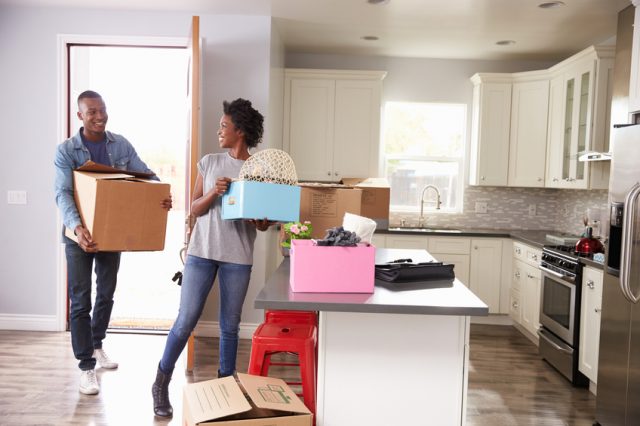 Despite a strengthening housing market and an improving overall economy, a new study shows Americans are deciding not to move as much. Moves across the country have declined to an all-time low this year, with the percentage of Americans migrating within the country falling to 11.2 percent.

“People in the United States are still moving, just not to the same extent as they did in the past,” says David Ihrke, a survey statistician in the Census Bureau’s Journey-to-Work and Migration Statistics Branch. “The decision to move can be personal and contextual. What causes one person to move might not be enough to convince another.”

The majority of those who moved (42.2 percent) did so for a “housing-related reason,” such as the desire to snag a “better” spot. As employment strengthens, more people are able to sock away a little savings or afford higher monthly mortgage.

The South is a happening place. While the most outbound moves (901,000) occurred in the South, those residents were replaced with even higher inbound moves (940,000), according to the report.

The most significant migration at the county level took place from Los Angeles County to Orange County and San Bernardino County, Calif., with 39,865 moves as residents of La La land hightail it out of the city.